Some of this year's worst-performing stocks will vanish into history, but others will claw their way back 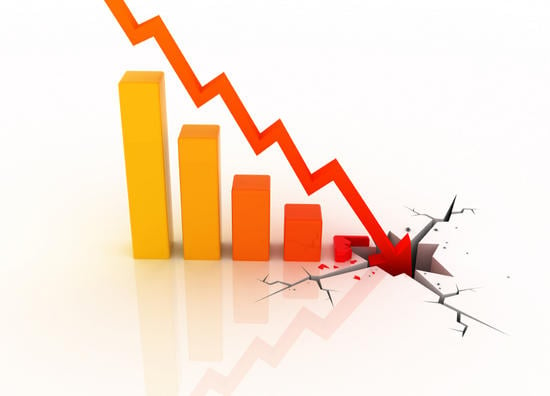 Let’s look at the dregs.

Some of this year’s worst-performing stocks will vanish into history, but others will claw their way back. Let’s try to figure out which are which.

Among the 520 U.S. stocks with a market value of $10 billion or more, only five are down more than 15% year to date through Dec. 13. Four are energy companies, and I like two of them. Here is the dishonor roll.

OXY, Financial) is down 33% this year. The Los Angeles corporation struck a costly deal for an ambitious acquisition – Anadarko Petroleum. It forked up about $40 billion, including assumption of Anadarko’s debt.

Warren Buffett (Trades, Portfolio), CEO of Berkshire Hathaway (BRK.A, Financial)(BRK.B, Financial), for $10 billion in financing. Buffett, famous for his deal-making skills, got preferred stock paying an 8% dividend and warrants to buy up to 80 million shares.

I think Occidental shares will advance, but it isn’t one of my favorite energy stocks for the next couple of years.

SNDE, Financial) doesn’t quite ring my bells either. It has been an Australian company that explores for oil and gas in the U.S. Last month, its shareholders approved a plan to relocate its headquarters to the U.S., in Denver.

The stock is down 31% this year and has declined every year since 2016, when it started trading in the U.S. There are some hopeful signs, notably a turn to profitability this year after four years of losses. But I suspect there are better buys in the oil patch.

CXO, Financial), based in Midland, Texas, drills for oil and gas mainly in Texas and New Mexico. The shares are down 23% this year.

The stock is selling below book value (corporate net worth per share). Over the past 10 years, it has been able to increase book value at an 18% annual pace.

Of course, the first five years in that period were much better than the past five, when the energy industry was cursed. A few dozen energy companies bit the dust during the bad times, and I fear more will follow. But I think Concho will survive and eventually thrive.

KHC, Financial), a food conglomerate based in Pittsburgh, is down 23% this year, which shows that even Buffett isn’t perfect. (His Berkshire Hathaway owns more than 26% of the company.)

Prevailing wisdom is that Kraft Heinz is awkwardly positioned at the time when consumers, especially younger consumers, are demanding fresh, less-processed food.

One might be tempted to buy this stock because it’s selling for less than book value. But much of the book value consists of goodwill, an intangible. Tangible book value is negative.

Harold Hamm, the son of two Oklahoma sharecroppers, is one of the richest 100 men in the U.S. He was a pioneer in fracking to extract oil and gas from shale deposits. He founded Continental Resources Inc. (

This year, Continental Resources stock is down 17%. In 2014, just before the oil patch downturn, the stock was near $75. Today it trades for a little over $33.

The company took losses in 2015 and 2016, but moved into the black in 2017. Its profits are respectable though not spectacular – much better than many oil and gas companies these days.

Each December since 2011, I’ve written about the year’s biggest losers year to date. Today’s column is the ninth in that series.

The previous eight columns covered 40 stocks, of which I recommended 18. Those picks have risen an average of 31.1% in 12 months, which compares well with 16.6% for the Standard & Poor’s 500 Index over the same periods.

Bear in mind that my column results are theoretical and don’t reflect actual trades, trading costs or taxes. The column’s record shouldn’t be confused with the performance of portfolios I manage for clients. And past performance doesn’t predict future results.

A year ago, I recommended three stocks, Perrigo Co. (

Disclosure: A private partnership I manage owns call options on Continental Resources. A few of my clients own shares of Berkshire Hathaway.