Druckenmiller Sees Market Going Up, at Least Until Election 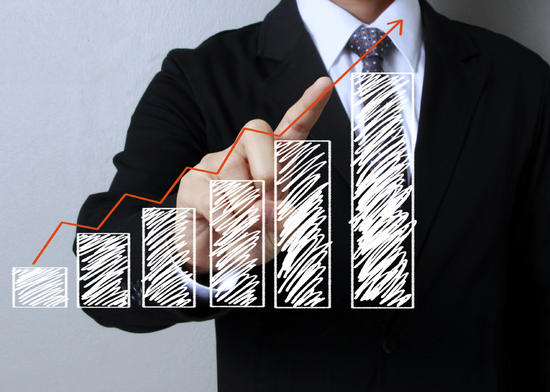 Stanley Druckenmiller (Trades, Portfolio) is one of the most successful investor of all-time. He was mentored by George Soros (Trades, Portfolio) but has made tons of great independent investments. In the last few years, he has become more visible in the media.

Druckenmiller is a thoughtful individual that seems incredibly interested in seeing the world in the most accurate way. On December 18th, he gave a lengthy interview to Bloomberg. Here are my takeaways that are most relevant to investing.

Druckenmiller starts the interview by characterizing the current environment as a situation where unemployment is very low, there is fiscal stimulus in Japan, there is green stimulus in Europe, there are negative absolute rates in a lot of places and negative real rates everywhere.

With that background, it's hard to have another view except for a constructive one. In other words, Druckenmiller expects the market to rise. In his view, cycles end with monetary tightening or credit problems, which could be years from now.

In the intermediate-term, technicals are good. Breadth is at an all-time high, meaning that stocks are rising across the spectrum. Consequently, Druckenmiller is positioned as follows:

Druckenmiller believes global electronic vehicle demand will increase copper demand by 0.5%. Though he doesn't own energy, he says he probably should, though he mentioned he sees the demand outlook as very challenged long term.

LLOY, Financial). He wouldn’t call it a mix dominated by value, but rather a more balanced portfolio.Â

Druckenmiller thinks interest rates at 1.5% are absurd and believes they should be closer to 3.5%. Thus, he is short the long end of treasuries.

He also has a unique view on the UK and Brexit. Druckenmiller doesn't think Brexit is a big deal, and he views Boris Johnson as a smarter version of Trump. He sees the UK as doing great, and notes that they did fine without Europe for over 500 years.

On future Fed policy, Druckenmiller has interesting views as well. He thinks Trump has had an effect on Powell. After opposing President Trump's views on monetary policy in the beginning of his presidency, Powell is now only standing up to the President in verbiage. He is otherwise doing Trump's bidding. Druckenmiller views Powell as a weaker version of Yellen without the monetary framework. He didn't agree with Bernanke but at least he controlled the room and acted with conviction.Â

Druckenmiller has never trusted the U.S. federal administration enough to take sufficient risks. There is a lot of policy uncertainty. Today, we are close enough to the election that he doesn’t expect any policy that will kill the economy, but in the macro world, there aren’t opportunities like there were in the 80’s or 90’s. With suppressed interest rates, there aren’t many one-way bets that are high risk/reward.

Druckenmiller always made his money when he felt different compared to the Fed and the Fed turned out to be wrong. One of Druckenmiller's big things has always been price action vs. news, but now with the quants, this doesn’t seem to be effective anymore.

Today, he is creating a fundamental belief, then taking/using the volatility created by quants. It almost sounds like a value investing strategy. Something that could be brilliant as value has been out-of-favor for a long time and lately looks like it is coming back.

Druckenmiller does see some risks in the current market environment, especially surrounding any future political events.Â  For example, if Trump fails to get re-elected, Druckenmiller thinks capitalism will get a bad rep, even though he sees Trump as an anti-capitalist President.