Fund sells out of Bic, invests in offshore oil and transportation 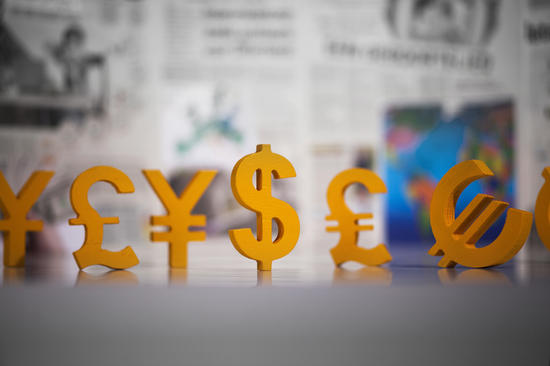 Earlier this week, the

Invesco European Growth Fund (Trades, Portfolio) disclosed its portfolio updates for the fourth quarter of 2019. According to GuruFocus data, European countries are expected to return a higher yield than the U.S. in 2020. In this strong market, the fund established a new position in SBM Offshore NV (XAMS:SBMO, Financial) during the quarter and sold out of Bic (XPAR:BB, Financial), Micro Focus International PLC (LSE:MCRO) and GEA Group AG (XTER:G1A). It also made significant additions to its positions in Kuehne + Nagel International AG (XSWX:KNIN, Financial) and FinecoBank SpA (MIL:FBK) and significant reductions in its Deutsche Boerse AG (XTER:DB1) and Mediobanca SpA (MIL:MB, Financial) holdings.

Invesco is a global financial services company with headquarters in Atlanta and offices in 25 countries around the world. The

Invesco European Growth Fund (Trades, Portfolio) is “an all-cap, long-term investment strategy that seeks exposure to high-quality growth opportunities in the European region, in both developed and emerging markets.” During the previous quarter, the fund’s portfolio managers noted headwinds from global recession concerns and overall stock market declines in most regions.

As of the quarter’s end, the equity portfolio consisted of positions in 55 stocks valued at $1.19 billion, with a turnover rate of 3%. The fund’s top equity positions were Sberbank of Russia PJSC (MIC:SBERP) at 6.27%, London-based marketing group DCC PLC (LSE:DCC) at 5.36% and Deutsche Boerse AG at 3.09%. In terms of sector weighting, the fund was most heavily invested in industrials and financial services.

Bic is a French company that started out as a fountain pen manufacturer in 1945. Since then, it has expanded its offerings to include stationary, razors and many varieties of pens and other writing utensils.

As of Jan. 9, Bic has a market cap of 2.78 billion euros, a price-earnings ratio of 14.47 and a cash-debt ratio of 0.78. Despite a strong balance sheet and a solid company foundation, driven by its powerful brand name that is often used as a synonym for “pen,” the company has seen both its stock price and its net income fall more than 50% from mid-2015 to the end of 2019.

Over the past three years, Bic’s earnings per share have decreased approximately 12% while its share price has dived at a steeper rate of around 21% per year. However, according to the Peter Lynch chart, shares were overvalued when the company started bringing in less net income in 2016, so increased negative investor sentiment brought the price down faster.

Mediobanca is an Italian investment bank founded after World War II to help with the reconstruction of the Italian economy. It seeks to play an active role in the communities where its branches operate, promoting social and cultural activities as well as environmental friendliness.

As of Jan. 9, the bank has a market cap of 8.64 billion euros, a price-earnings ratio of 10.57 and a cash-debt ratio of 0.18, which puts in in a weaker financial position than approximately 75% of the banking sector. Its earnings have been fairly consistent in recent years with a three-year revenue growth rate of 5.2%.

The share price, which was around 9.64 euros when the fund first bought shares of the bank, has only shown a change of a few cents since then; GuruFocus data estimates that the investment has returned approximately 4.35%. According to the Peter Lynch chart, the share price has grown more slowly than the earnings, leaving it in the undervalued range.

Kuehne + Nagel International is one of the world’s leading global transportation and logistics companies. The company was founded in Germany in 1890, but it is based in Switzerland in the present day. It offers a full range of forwarding logistics services and fully integrated supply chain solutions from more than 1,300 locations in 100 countries.

As of Jan. 9, the company has a market cap of 19.77 billion francs, a price-earnings ratio of 25.17 and a cash-debt ratio of 0.22. According to the Peter Lynch chart, the stock has climbed into the overvalued range.

Kuehne + Nagel International has offered positive guidance for its profitability in 2020 due to the expansion of its operations and continued positive growth from the implementation of IFRS 16. IRFS 16 is an International Financial Reporting Standard policy that came into effect in January 2019 and served as a new standard for lease accounting, replacing the old IAS 17 standard. Under IFRS 16, a lease is defined as “a contract, or part of a contract, that conveys the right to use an asset (the underlying asset) for a period of time in exchange for consideration.” The new definition translated to increased tax benefits, as the company’s Ebitda increased by 118 million francs, but earnings after tax showed no material impact.

The fund established a new position of 674,083 shares in SBM Offshore, impacting the equity portfolio by 0.97%. Throughout the quarter, shares traded at an average price of 15.48 euros.

SBM Offshore is a Dutch group of companies that sell systems and services to offshore oil and gas operations. Since its founding in 1950, SBM Offshore has become a leader in floating production and single-point mooring systems.

As of Jan. 9, the company has a market cap of 3.44 billion euros, a price-earnings ratio of 20.02 and a cash-debt ratio of 0.06. Since 2015, operations have produced decreased revenue compared to pre-2015 levels, though net income has averaged around the same levels when averaged out over five-year periods.

Despite the decline in earnings, which more often than not would cause the rapid devaluation of a stock, SBM Offshore has seen the value of its shares increase, perhaps in large part due to the rock-bottom valuation it traded down to during the 2008 financial crisis.

With worldwide demand for oil predicted to increase 1.3 million barrels per day in 2020, analysts have high expectations for SBM Offshore’s future revenue. The mobile construction of its hulls and platforms has the potential to offer a unique competitive advantage in the years to come, which is reflected in Morningstar estimates that revenue will increase to 1.8 billion euros for fiscal 2021 and 2.6 billion euros for fiscal 2022.

“We are very pleased with the long-term FPSO supply agreement with Exxon Mobil," CEO Bruno Chabas said. "This agreement is a continuation of our long history of successful team work between our companies, further strengthening our long term cooperation.”