A clear strategy to win in a shrinking industry 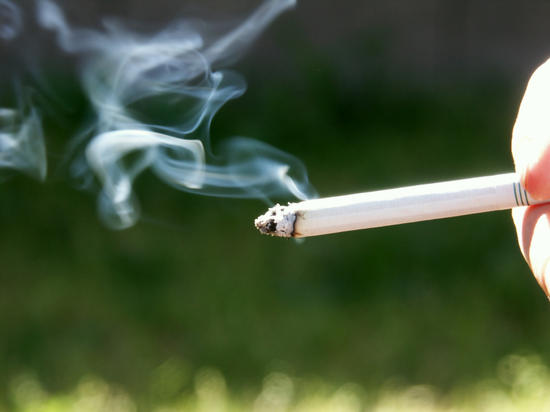 Philip Morris (PM) is a Swiss-domiciled multinational cigarette and tobacco producer with products sold in over 180 countries. The standalone company was established in 2008 as a result of a spin-off from its parent, Altria (

MO, Financial), to gain more “freedom” to pursue expansion outside of the U.S.

As of fiscal 2018, Philip Morris had over 44 production sites worldwide, with Europe, the Middle East and Africa contributing the largest revenue share (55%), followed by the APAC region (35%) and the Americas (10%). With a portfolio of leading brands, the business claims to have a more than 15% market share in approximately 100 developed and developing countries, including Japan, Indonesia, Turkey, South Korea, Mexico, Germany, Italy, Canada, Australia, Brazil, Philippines, Russia and Spain. The world’s best-selling international cigarette, Marlboro, is co-owned by Philip Morris, accounting for around one-third of the company’s total cigarette shipment volume. It is recognized as one of the best-known trademarks among all consumer products. Moreover, the company owned the other five of the top 15 international brands in the category across various price points, including premium-price Parliament and mid-price L&M.

We believe that the strong brand, the scale advantage on a truly global level and the barrier of entry due to regulations together build a wide and deep competitive moat for Philip Morris. As is indicated below, the company delivered a stable and superior annual return on assets, which has also been outperforming the likes of peers including Altria, Japan Tobacco (TSE:2914), Imperial Brands (LSE:IMB) and British American Tobacco (LSE:BATS) (BTI). Although the total market of cigarettes has undergone a secular decline in volume, we expect Philip Morris to maintain its leading market share (as of 2018, a 28% share of the international market, excluding the U.S. and China).

Intending to deliver a smoke-free future, Philip Morris’s growth strategy is loud and clear: to innovate and expand its reduced-risk product (referred to as “RRP”) portfolio globally. From the annual shareholder letter in 2018, the management described:

“Our combustible tobacco portfolio has provided the resources for investing in our vision of a smoke-free future and the ultimate transformation of our business. Until we achieve our vision, we remain committed to maintaining a leading share in the international cigarette category and are managing our portfolio accordingly.”

The enduring competitive edges at Philip Morris are being gradually transferred to the company’s innovative heat-not-burn platforms, mainly IQOS. Although there has been a concern regarding the risk to the superior margin profile as well as the potential cannibalization, the profitability and cash generation of the company have both remained robust so far. As of fiscal 2018, sales from reduced-risk products represented 14% of the total and increased year-over-year by almost 13%, compared with a scant 1.7% growth of the traditional combustible segment.

IQOS employs a razor-and-blades business model: the company sells the device at a low margin to lock in recurring revenue of the higher-margin heated tobacco units (referred to as “HTU”). Japan is IQOS’s “birthplace” and currently its biggest market. At the same time, the device is now available in over 50 markets worldwide, with a customer base of more than 12 million. The international market share of HTU doubled in 2018. Historically, around 70% of the IQOS consumers were switched directly from combustible smoking.

Considering the RRP’s mere 4% retail-value share, the total addressable international market (excluding the U.S. and China), we see a massive runway ahead for Philip Morris to continuously execute its growth strategy. Meanwhile, we do acknowledge two significant risks for IQOS and its HTUs here – competitions from vaping products, such as Juul, as well as regulatory uncertainties around the category.

In terms of capital allocation, it seems to us that the management has been doing a decent job. The company stopped buying back shares in 2016 (in coincidence with a skyrocketed valuation as described below) and now pays out around 90% of its earnings as dividends. At the same time, roughly 20% of profits are reinvested into the business as CapEx in a typical year to fuel the long-term growth of the RRP category.

Disclosure: The mention of any security in this article does not constitute an investment recommendation. Investors should always conduct careful analysis themselves or consult with their investment advisors before acting in the stock market. We own shares of Philip Morris.