A Well-Moated, High-Return Bet on One of the Worst Industries

Try these companies if you love airlines 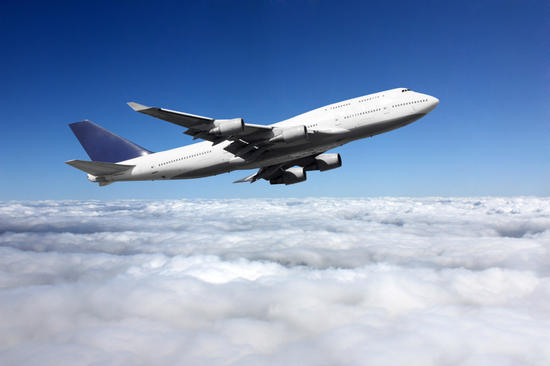 "Now let's move to the gruesome. The worst sort of business is one that grows rapidly, requires significant capital to engender the growth, and then earns little or no money. Think airlines. Here a durable competitive advantage has proven elusive ever since the days of the Wright Brothers. Indeed, if a farsighted capitalist had been present at Kitty Hawk, he would have done his successors a huge favor by shooting Orville down.

The airline industry's demand for capital ever since that first flight has been insatiable. Investors have poured money into a bottomless pit, attracted by growth when they should have been repelled by it. And I, to my shame, participated in this foolishness when I had Berkshire buy U.S. Air preferred stock in 1989. As the ink was drying on our check, the company went into a tailspin, and before long our preferred dividend was no longer being paid. But we then got very lucky. In one of the recurrent, but always misguided, bursts of optimism for airlines, we were actually able to sell our shares in 1998 for a hefty gain. In the decade following our sale, the company went bankrupt. Twice." –

Warren Buffett (Trades, Portfolio) is well-known for his long-held bearish stance on the airline industry, comparing the business to the so-called “gruesome savings account” (as described above). Indeed, the airline industry had a terrible time in the 1900s with almost 100 bankruptcies. Typically, these companies have to deal with tough problems throughout day-to-day operations, including high fixed costs, commoditized services, volatile fuel prices, labor issues, safety concerns and, probably most importantly, fierce competition.

When Buffett made his infamous purchase of USAir’s preferred stock in 1989, over 20 major airlines were operating in the U.S. That number has dramatically fallen thanks to decades of consolidation, reducing the competition in the space. Maybe that was the reason why the Oracle of Omaha's enthusiasm for the space was reignited three years ago, establishing large stakes in Delta (

DAL, Financial), American (AAL, Financial), United (UAL, Financial) and Southwest (LUV, Financial). While the return on capital for those airlines has stabilized at a decent level, the long-term uncertainties of their business economics do remain. In the meantime, we think there are better options for airline lovers, especially those who invest internationally with a (much) smaller amount of capital to deploy (than Buffett).

For instance, take a look at TravelSky Technology (

HKSE:00696, Financial), a Beijing-based technology provider for China’s aviation and travel industry. The company embeds a wide range of its products and services throughout the value chain of the industry, from inventory control to ticket distribution, check-in, boarding, accounting and clearing. At the same time, TravelSky's technology efficiently connects an extensive range of parties in the ecosystem, including airlines, airports, travel agencies and platforms, travelers and cargo transporters. A cohesive network with a high switching cost is how TravelSky dominates the aviation IT space in China and consistently earns high returns on capital for its owners.

If you prefer a non-China play in this space (as TravelSky is largely state-owned), consider Amadeus (

XMAD:AMS, Financial), a Spanish technology provider operating the world’s largest global distribution system for airlines. As with TravelSky, the company also delivered a handsome return on capital over the last decade (see below).

If you feel better owning more tangible assets than the “untouchable” GDS, airports may offer something exciting and with a bigger moat. In this regard, we like Shanghai International Airport (

SHSE:600009, Financial), Airports of Thailand (BKK:AOT) and Grupo Aeroportuario del Pacifico (PAC). All three steadily improved the annual return on invested capital from under 10% a decade ago to at least around 20% recently. On top of that, they all have little or no debt. As Charlie Munger (Trades, Portfolio) puts it, pointing to Shanghai International Airport, “how can you lose with the main airport of China?!”

Disclosure: The mention of any security in this article does not constitute an investment recommendation. Investors should always conduct careful analysis themselves or consult with their investment advisors before acting in the financial market. We do not own any securities mentioned in the article.