A Tale of 4 Telecom Giants: Is the T-Mobile-Sprint Merger Inevitable?

The jury is still out on whether to allow the deal, but the market may have the final word on whether a merger happens 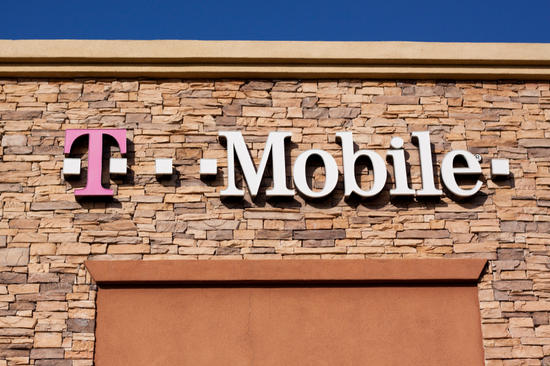 TMUS, Financial), made the long-expected announcement that T-Mobile and Sprint (S, Financial) had reached an agreement to merge in a $26 billion all-stock deal. The merger was tentatively approved by the Federal Communications Commission on June 28, 2018, and then the regulatory review process began. In July 2019, the merger received the approval of the U.S. Justice Department.

“This isn’t a case of going from four to three wireless companies — there are now at least seven or eight big competitors in this converging market,” Legere said after the justice department approved the deal. “And in 5G, we’ll go from 0 to 1. Only the New T-Mobile will have the capacity to deliver real, nationwide 5G. We’re confident that, once regulators see the compelling benefits, they’ll agree this is the right move at the right time for consumers and the country.”

Before the deal could be completed, however, 14 state attorneys general sued to block the merger from happening. Their main argument is that reducing the number of U.S. nationwide telecommunications companies from three to four would result in less competitive pricing, driving up phone prices for everyone in the country.

Lawyers for the two sides of the case delivered their closing arguments in mid-January, and the final decision now rests on the shoulders of U.S. District Judge Victor Marrero, who did not offer a definitive date to expect his ruling.

The longer the final ruling on the case is delayed, the more Sprint’s stock price declines, but regardless of whether the merger is allowed to go through, investors will likely see huge shakeups in the industry’s landscape in the near future. 5G is coming, and the race to offer it nationwide has the potential to make or break the four (or three) telecom giants.

Where is America’s Huawei?

Nearly a decade in the making, 5G tech – the next generation of mobile broadband – is set to revolutionize wireless communications. As shown in the chart below, shares of T-Mobile, Verizon (

V, Financial) and AT&T (T, Financial), the three largest mobile wireless providers in the U.S., have seen their stock prices increase since 2018, when they began announcing that they were building out their 5G networks in major cities.

Despite being the second player to the 5G game after Verizon, Sprint’s shares have declined approximately 24% since 2018, while net income plunged back into the negatives in fiscal 2019 after a profitable fiscal 2018.

Sprint is not lagging behind its larger competitors in terms of 5G quality and coverage, but new tech tends to have a “flocking effect” on customers. When those looking for the best have no means to go about figuring out what the best is, they tend to go with the more prominent option, the one that has the greatest market exposure. If you ask which company has the “best” 5G, no one can give you a straight answer because there is none. One may be faster today, only to have another beat it the next month. One may have a larger network that came at the expense of speed or the completeness of said coverage. Misinformation abounds.

This flocking effect is what makes the fact that the U.S. has four main telecom giants competing to develop 5G unique. China’s Huawei is the largest wireless networking company in the world and dominates the Chinese market, followed by Finland’s Nokia (NOK) and Sweden’s Ericsson (ERIC).

“As an American, it’s disappointing, especially when I look at my career. The U.S. was the envy of the entire world in communications networks… now when I look at the competitive landscape with respect to telecommunications infrastructure technology, the U.S. is no longer a leader,” Dan Hesse, former president and CEO of AT&T (1990s) and Sprint (2007-2014), said.

Thus, there are certain pressures on both the consumer and national sides that would make the T-Mobile-Sprint merger appealing, despite antitrust concerns. One less competitor would mean more attractive offerings for customers and increasing international competitive strength for the U.S. wireless companies.

During the trial to determine the fate of the merger, Sprint and T-Mobile’s main counterargument for those concerned over the elimination of the fourth competitor was that Sprint would sell some of its assets to Dish Network (

DISH, Financial) so that Dish could develop its own 5G network.

The general agreement in the courtroom was that going down a competitor was bad news for consumers, so T-Mobile proposed that Dish could acquire Sprint’s Boost Mobile and piggy-back on T-Mobile’s network for seven years while it built out its own wireless 5G.

Regardless of whether or not Sprint and T-Mobile merge, there will still most likely be a fourth competitor. However, the market shakeup from 5G may not allow Sprint to continue as is.

Sprint has been losing customers in recent years, and this negative trend has been exacerbated by the news coverage surrounding the court case. Customers leaving the company are generally saying that Sprint is no longer a competitor, since it offers less service and coverage for the same price. As of June 2019, Sprint had 54.3 million mobile customers compared to Verizon’s 151.5 million, AT&T’s 153 million and T-Mobile’s 84.2 million.

Analysts and investors alike are skeptical about Sprint’s chances of surviving by itself if the merger doesn’t go through. “Given we are in the late stages of the merger process, we have not even provided full-year guidance for fiscal 2019,” a Sprint spokesperson told SDxCentral in October. “We have given some color on near-term trends, including our expectation that network cash capex should continue at current spending levels.” This statement indicates that the company is concentrating its eggs in the merger basket.

If allowed, the merger will leave Dish to try to fill Sprint’s shoes, and if blocked, the company has several options.

According to New Street analysts led by Jonathan Chaplin, “If the deal is blocked, we believe the business needs at least $5-$10 billion in new capital to engineer a turnaround. Even with the requisite capital, a turnaround would take years and may not succeed. SoftBank is adamant that they won’t invest another penny in Sprint. If this deal fails, and if we take SoftBank at their word, Sprint is in a bleak spot.”

To fund its struggling business, Sprint could sell some of its operations, of which spectrum would be ideal asset with many interested buyers. However, that would be like burning its lifeboat. Filing for Chapter 11 protection would be like signing its own death warrant, since it would be bowing out right before an expected period of intensive industry growth.

In the end, even if the merger with T-Mobile is blocked, Sprint’s best option may still be a merger – just with a different company.

Out of all the companies that could try competing with the other three U.S. wireless communications giants, Sprint is the only one that a reasonable chance, even if it has been losing business lately. A merger with a company that has high synergy potential could give it the scale and financial stability to remain competitive.

For example, Sprint might consider merging with Dish, as T-Mobile tried to do back in 2015. T-Mobile wanted to gain access to valuable spectrum that Dish had long held on to, but Dish shot down the deal. So far, Dish has stayed out of the wireless market, but the trial over the Sprint-T-Mobile merger put it in the spotlight as a willing competitor.