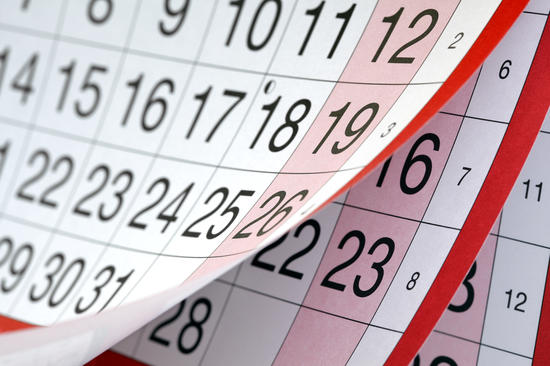 Anyone who creates a low-risk portfolio, with individual stocks or buying a mutual fund, must go through the trading process. There is no way to avoid at least some buying, and perhaps even some selling as investors fine-tune whatever portfolio they have.

But, as Pim Van Vliet and Jan de Koning told us in chapter 13 of “High Returns From Low Risk: A Remarkable Stock Market Paradox,” keep the trading to a minimum. Even if transaction fees are low or free, it’s still best to minimize them.

To back up their case, they cited the pioneering mutual fund manager John Bogle, who made the case that most investors should buy and hold the market through an index fund. According to Bogle, less trading means not only lower transaction costs, but also lower management fees. In general, he thought of fees as wealth eaters.

Van Vliet and de Koning also pointed out that investors have been trading stocks more each decade for several decades now. There was a lot of trading during the 1920s, but the crash put an end to that, and low turnover was the norm until the late 1960s. In the 1970s, the pace picked up and has kept growing—from the 1990s going forward, turnover has averaged more than 100% per year.

Discount brokerage fees and electronic trading has certainly made trading more convenient and less expensive, but as the authors reminded us, the formula “transactions=costs” still applies. It’s worth remembering here that the costs of transactions take away from the compounding power of our investments.

The question remains: Why do we trade so much? Aside from the reasons listed above, there may be a link to overconfidence, which is the belief that we are above average. If we talk about an average, then half of us must be below average and half must be above average. But research projects have discovered that most of us think of ourselves as being above average—a 1981 study found that 93% of American drivers thought they were above average.

The idea of overconfidence is linked to testosterone levels in men. When Terrance Odean studied 10,000 broker accounts, he found excessive trading and attributed it to overconfidence and gender. He concluded that females tend to be better investors than men because they are not as affected by overconfidence.

According to Van Vliet and de Koning, it’s not that women are better traders; before costs are considered their results are about the same as men’s. The female advantage comes from trading less, leading to lower costs and better returns after costs.

Regarding testosterone, Van Vliet did a study that tested the relationship between overconfidence and testosterone. He gathered saliva samples from 52 male investment professionals and had the samples tested for testosterone levels (he doesn’t explain how overconfidence was rated). The results showed that higher levels of testosterone were linked with high levels of overconfidence and vice versa. As the authors suggested, “Given this information, you might want to watch out if your fund manager of choice seems to have too many Popeye-like traits!”

Other possible reasons for excessive trading including the incentive structures for professional managers, and the desire to be seen doing something. With busy-work, they may be trying to justify their fees to clients. Add to that the fact that an increasing volume of assets is being managed by professionals.

With all these dubious reasons for trading, Van Vliet and de Koning asked why we don’t just stop trading altogether. That would have the benefit of reducing costs in the industry while improving liquidity and transparency. But there is a flaw in that reasoning.

They argued that a passive, buy-and-hold strategy assumes the market is completely efficient and, in an efficient market, above-average returns are only available by taking on higher risks. Yet, they’ve made the case that low-risk stocks will outperform high-risk stocks over time. This means some trading is necessary to keep the right stocks in our portfolios or invested in the right low-risk tracker fund.

How much trading, then, is too much or too little? Van Vliet reported that he and his colleagues had tested that question and discovered that 30% turnover was about right. That’s significantly less than current levels, which, as we noted, are above 100% for many active funds. As the authors put it, you need to trade according to Aristotle’s golden mean: not too much and not too little.

That brings us to their views on patience and how important it is. They started by observing that generally funds provide average returns and after costs their returns will slightly trail the market. But as we know, some managers do better at this than others.

Van Vliet and de Koning turned to the research of Professor Martijn Cremers, who found that the most patient and moderately active fund managers beat their peers and benchmarks by about 2% per year. He also discovered that they had “significant” exposure to low-risk stocks boasting attractive valuations. The authors added that patience also is important when it comes to sticking with an investment philosophy.

Even if you have best system in the world for investing, you may not have the best returns or even beat the benchmarks.

In chapter 13 of “High Returns From Low Risk: A Remarkable Stock Market Paradox,” Van Vliet and de Koning explained that in addition to buying large-cap stocks with low volatility, income and momentum, investors need to minimize trading and exercise patience.

This is consistent with the advice provided by many other leading investors, including John Bogle.