Why Herman Miller Can Deliver a Turnaround

The company's strategy could improve its profitability 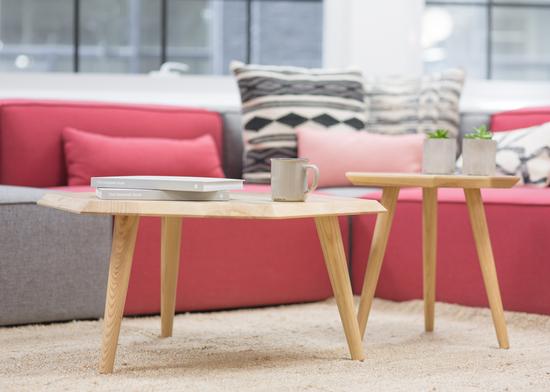 MLHR, Financial) has recovery potential after its 47% decline over the past year.

The furniture retailer is investing in its website, becoming more efficient and is launching innovative new products to boost its bottom line.

In addition, the retailer has launched new features on its website to differentiate it from competitors. The new features include videos that showcase its products and financing options that could make its products more affordable for a wider range of consumers. The business has also added chat features to reduce the amount of time it takes to respond to questions from customers. This may improve the online shopping experience as well as strengthen its market position.

LOGI, Financial). The partnerships provide Herman Miller with an opportunity to release furniture products, such as chairs, that are made specifically for the growing video games market. This could diversify the company's offerings and increase the size of its potential customer base.

Herman Miller has also partnered with furniture design business AG Collective to launch products that have higher prices than the rest of its product range. They provide Herman Miller with the opportunity to appeal to a more diverse range of customers, and may also positively impact its margins. Since the partnership was announced, Herman Miller has recorded strong sales from its higher-priced products. For example, its best-selling sofa in the third quarter directly resulted from its partnership with AG Collective.

The coronavirus could negatively impact Herman Miller’s financial performance in upcoming quarters. It has been forced to close some of its stores to help curb the spread of the Covid-19 virus. This may lead to the business reporting lower sales in the short run.

Additionally, the outbreak could hurt the financial outlook for other sectors in the wider economy. This may lead to reduced demand for Herman Miller’s products. The virus has also caused disruption to the company’s manufacturing facilities in China and India, reducing its international sales by $6 million in the third quarter, and could contribute to further declines in its top line in the fourth quarter.

In response, Herman Miller has sought to become more efficient. For example, in the third quarter, it reduced its annual costs by $44 million. This was ahead of its target of $20 million to $40 million. It contributed to a 1.1 percentage point improvement in its operating margin in the third quarter compared to the year-ago quarter. The retailer expects to deliver further increases in its margins in the fourth quarter by using new suppliers to lower its costs and increasing the prices of its products in segments where demand among consumers is high.

Market analysts expect the company’s earnings per share will not change in fiscal 2021 compared to fiscal 2020. Herman Miller's forward price-earnings ratio of 5 suggests that it offers good value for money as it implements its long-term growth strategy.