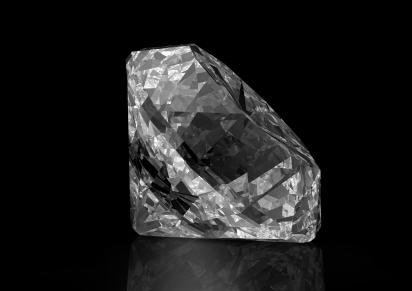 It’s no secret that small stocks are more volatile than their big brethren. But sometimes, volatility can be a buyer’s friend. For bargain hunters, I think there are some undiscovered gems among the small companies. Here are four that appeal to me.

On the day the market hit its high, America’s Car-Mart Inc. (

Selling used cars to folks with bad credit is the company’s main activity. It prices its car loans to anticipate an above-average default rate, and the strategy has worked up to now. Car-Mart stayed profitable in each of the past 15 years, even during the Great Recession of 2007-2009.

Can it weather the recession that most economists think is about to hit? I’m not sure it will keep its profit streak alive, but I do think it will survive and live to fight another day.

The South – Car-Mart’s core territory – hasn’t been hit as hard by the coronavirus as New York and Washington states.

If the recession gets bad, and the bear market of February and early March resumes, people may shy away from investing. That’s why Diamond Hill Investment Group Inc. (

That’s quite a low multiple for the Columbus, Ohio, firm, which has fetched an average of close to 15 times earnings over the past 10 years. Over that decade, the firm has grown its revenue almost 10% a year. Growth has slowed lately, as investing in index funds has become popular.

Diamond Hill runs some 13 mutual funds, as well as other accounts. It is debt free, a valuable attribute in troubled times. Two insiders, CEO Heather Brilliant and director James Laird Jr., have added to their shareholdings recently.

The company also makes camping equipment, scuba diving equipment, kayaks, canoes and other outdoor recreation gear. It has grown its book value (corporate net worth per share) at an 11% annual pace for the past five years.

Tow trucks and car-carrier trucks are the staple products at Miller Industries Inc. (

MLR, Financial), which has its headquarters in Ooltewah, Tennessee. Like America’s Car-Mart, it has turned a profit in each of the past 15 years, even recession-wracked 2008.

Over the past decade, Miller Industries has grown its revenue at more than 12% a year, and earnings at more than 15% a year. The stock has sold for an average of 14 times earnings in the past 10 years; its multiple today is only eight.

Since the beginning of 2000, I’ve written 22 columns devoted to small stock recommendations. The average 12-month return on my picks has been 14.3%. That compares well to 6.3% for the S&P 500 Index, and 8.5% for the Russell 2000. Figures are total returns including dividends.

Of the 22 sets of recommendations, 17 were profitable. Fourteen beat the S&P 500 and the same number beat the Russell 2000.

Bear in mind that my column recommendations are hypothetical: They don’t reflect actual trades, trading costs or taxes. These results shouldn’t be confused with the performance of portfolios I manage for clients. Also, past performance doesn’t predict future results.

The only stock I plumped for a year ago that did well was PetMed Express Inc. (

Caution: I wouldn’t run out and buy a full position in these stocks, even though I like them. If you agree with my recommendations, I suggest buying one-third of your ultimate position now, another third in June and the final helping in August. I think the markets will be rough this year.

Disclosure: I own shares in America’s Car-Mart personally and for most of my clients. I own Miller Industries personally and in a hedge fund I manage.

Not a Premium Member of GuruFocus? Sign up for a free 7-day trial here.
Rating: 4 / 5 (3 votes)
Write for GuruFocus
Submit an article
How to use GuruFocus - Tutorials What Is in the GuruFocus Premium Membership? A DIY Guide on How to Invest Using Guru Strategies GuruFocus New Features