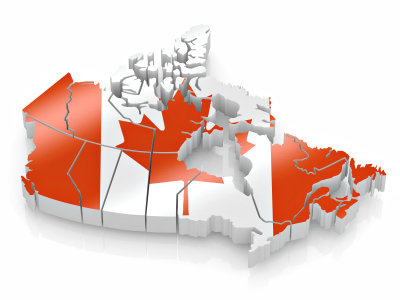 The fund releases its portfolio reports semiannually, once in June and once in December. According to its website, the fund seeks long-term capital appreciation by investing in a diversified portfolio of Canadian common shares, convertible debentures and other equity-related securities. The fund said in its 2019 annual report that its net assets increased from $2.686 billion at the end of 2018 to $3.232 billion at the end of 2019. The 20.3% year-over-year increase includes investment gains of $561.8 million.

The fund said Canadian equities had a strong end to 2019, driven by easing tensions between the U.S. and China and optimism that global growth would stabilize. Despite this, global markets tumbled during the first quarter of 2020 as the coronavirus outbreak and oil price war started rattling the economy.

Even during volatile market swings, the fund remains steadfast in its value investing discipline, seeking opportunities to add to high-quality businesses at increasingly attractive share prices. Such an approach allows the fund to control risk in the portfolio.

The fund said in its December annual report that it established a stake in the Toronto-based theater exhibition company despite fears of ongoing declines in attendance. Fund managers said that even with such fears, the fund sees opportunities for Cineplex to increase ticket pricing and grow concession sales due to the expansion of alcohol sales in theaters across Alberta, Ontario and Manitoba. The fund also said that shares increased in December following the announcement of a takeover bid from U.K.-based Cineworld PLC (LSE:CINE).

GuruFocus ranks Cineplexs profitability 8 out of 10 on the heels of a business predictability rank of three stars and a return on equity that outperforms over 66% of global competitors. Despite this, Cineplexs financial strength ranks a low 3 out of 10, primarily due to interest coverage and debt ratios underperforming over 80% of global entertainment companies.

GuruFocus ranks Cineplexs valuation 9 out of 10 on the back of price valuations close to 10-year lows, with price-sales ratios outperforming over 66% of global competitors.

The fund added 774,530 shares of Brookfield Asset Management, increasing the position 29.13% and the equity portfolio 1.20%. Shares averaged CA$49.28 during the fourth quarter.

The Toronto-based company owns and manages commercial property, power and infrastructure assets. GuruFocus ranks the companys profitability 8 out of 10 on the back of a GuruFocus business predictability rank of three stars and a three-year revenue growth rate that outperforms 77.94% of global competitors. Despite this, Brookfields financial strength ranks a low 3 out of 10 on the heels of interest coverage and debt ratios underperforming over 80% of global asset management companies.

Gurus with large holdings in the company's U.S.-based shares include

The Toronto-based company operates regulated transmission and distribution assets in Ontario. GuruFocus ranks the companys profitability 6 out of 10: Operating margins are expanding and outperforming 67.68% of global competitors despite revenues declining 0.50% per year over the past three years, a rate that underperforms 74.79% of global peers.

The Calgary, Alberta-based company acquires, explores, develops and produces crude oil and natural gas in the Western Canada Sedimentary Basin. GuruFocus ranks the companys profitability 7 out of 10 on the heels of profit margins outperforming over 75% of global competitors.

The St-Leonard, Quebec-based company produces dairy and cheese products. GuruFocus ranks the companys profitability 9 out of 10 on the heels of a five-star business predictability rank and returns that are outperforming over 68% of global competitors.

Disclosure: Author has no positions in the stocks method. Since this fund releases its portfolio once every six months, the trades discussed are as of December 2019 and thus do not consider any trades the fund made during the first four months of 2020.