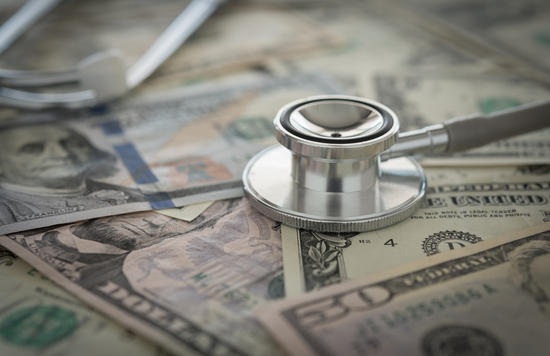 When it released its portfolio for the first quarter of the year last week, the

Managed by Jason Kritzer and Samantha Pandolfi, the fund, which is part of Boston-based Eaton Vance, invests heavily in the health care space. The portfolio managers look around the world for securities that are not only reasonably priced, but which they believe will grow in value over time.

Keeping these criteria in mind, the fund established positions in Mirati Therapeutics Inc. (

The fund invested in 33,361 shares of Mirati Therapeutics, allocating 0.31% of the equity portfolio to the holding. The stock traded for an average price of $102.11 per share during the quarter.

The California-based biotech company, which is developing a pipeline of novel therapeutics to fight cancer, has a $3.71 billion market cap; its shares were trading around $86.02 on Monday with a price-book ratio of 8.8 and a price-sales ratio of 946.33.

The price-sales chart shows the stock is trading above its current as well as median ratio, suggesting it is overpriced.

GuruFocus rated Mirati’s financial strength a perfect 10 out of 10 since it has no long-term debt and a robust Altman Z-Score of 40.23. The Sloan ratio, however, indicates it has poor earning quality.

The company’s profitability did not fare as well, scoring a 1 out of 10 rating on the back of negative margins and returns that underperform a majority of competitors. Mirati also has a low Piotroski F-Score of 3, which suggests it has poor operating conditions, and a business predictability rank of one out of five stars. According to GuruFocus, companies with this rank typically see their stocks return an average of 1.1% per annum over a 10-year period.

Of the gurus invested in Mirati,

Eaton Vance picked up 51,373 shares of Deciphera Pharmaceuticals, dedicating 0.29% of the equity portfolio to the position. During the quarter, shares traded for an average price of $61.60 each.

The clinical-stage biopharmaceutical company, which is headquartered in Waltham, Massachusetts, has a market cap of $3.02 billion; its shares were trading around $54.54 on Monday with a price-book ratio of 5.08 and a price-sales ratio of 82.7.

According to the price-sales chart, the stock is overvalued.

Despite having a high cash-debt ratio of 32.84 and a sturdy Altman Z-Score of 22.03, which indicates Deciphera is in good standing, its financial strength was rated 4 out of 10 by GuruFocus as the Sloan ratio suggests it has poor earnings quality.

The company’s profitability fared even worse, scoring a 1 out of 10 rating on the back of negative margins and returns. The Piotroski F-Score of 4, however, shows its operating conditions are stable.

With 0.39% of outstanding shares, Simons’ firm is the company’s largest guru shareholder.

Steven Cohen (Trades, Portfolio) is also invested in the stock.

The Japanese company, which provides medical, life insurance and health data statistics, has a market cap of 137.15 billion yen; its shares closed at 5,280 yen on Friday with a price-earnings ratio of 65.32, a price-book ratio of 21.85 and a price-sales ratio of 12.21.

Based on the Peter Lynch chart, the stock appears to be overvalued.

GuruFocus rated JMDC’s financial strength 6 out of 10, driven by a comfortable level of interest coverage and a high Altman Z-Score of 7.77.

The company’s profitability scored a 5 out of 10 rating. JMDC is supported by strong margins and returns that outperform a majority of industry peers.

During the quarter, Eaton Vance also added to several holdings, including Johnson & Johnson (

The health care-focused fund’s $952 million equity portfolio, which is composed of 56 stocks, is largely invested in the drug manufacturing industry with a weight of 42.26%.

According to its fact sheet, the fund outperformed its benchmark in 2019 with a return of 25.99%. The MSCI World Health Care Index posted a 23.24% return.