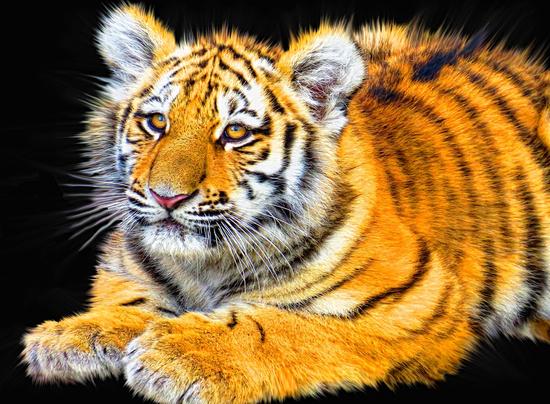 Earlier this week, the

Matthews Pacific Tiger Fund (Trades, Portfolio) released its portfolio update for the first quarter of 2020. The reported quarter for the fund ended on March 31.

Based on its investment criteria, the fund’s biggest new buys for the quarter were China International Travel Service Corp. Ltd. (

Matthews Pacific Tiger Fund (Trades, Portfolio) established a stake of 8,804,078 shares in China International Travel Service, impacting the equity portfolio by 1.34%. During the quarter, shares traded for an average price of 81.60 Chinese yuan ($11.55).

China International Travel Service is a Chinese travel agency company that provides all-inclusive tour services. It has been a leading company in the Chinese travel industry since 1954.

On May 4, shares of China International Travel Service traded around 91.30 yuan apiece for a market cap of 169.43 billion yuan and a price-earnings ratio of 80.94. The Peter Lynch chart suggests that the stock trades slightly higher than its historical median valuation.

The cash-debt ratio of 48.58 and interest coverage ratio of 268.86 suggest there is plenty of liquidity to meet debt obligations, while the Altman Z-Score of 16.19 indicates that the company is not in danger of bankruptcy.

The operating margin of 8.65% is average for the industry. The return on invested capital is more than five times the weighted average cost of capital, suggesting high profitability.

ENN Energy Holdings is one of China’s largest clean energy distributors and operates as part of private energy company ENN Group. The company invests in, operates and manages natural gas pipelines in China.

On May 4, shares of ENN Energy Holdings traded around HK$84.70 for a market cap of HK$115.02 billion and a price-earnings ratio of 14.94. According to the Peter Lynch chart, the stock is trading near its intrinsic value.

The cash-debt ratio of 0.39 is higher than 60.89% of competitors, while the Altman Z-Score of 2.14 suggests that the company is safe from bankruptcy. However, the current ratio of 0.62 indicates a weak short-term cash position.

In terms of profitability, the company has seen both revenue and net income increase in recent years. The operating margin of 10.25% is average for the industry, while the return on capital of 26.36% is higher than 79.64% of competitors.

The fund also established a new position worth 4,504,417 shares in Jiangsu Hengrui Medicine, impacting the equity portfolio by 0.94%. During the quarter, shares traded for an average price of 87.79 yuan.

Founded in 1970, Jiangsu Hengrui Medicine is a Chinese pharmaceutical company with a focus on the research, development and manufacturing of antineoplastic drugs, angiomyocardiac drugs, drugs for surgery, contrast agents and antibiotics.

On May 4, shares of Jiangsu Hengrui Medicine traded around 93 yuan for a market cap of 396.42 billion yuan and a price-earnings ratio of 76.23. The Peter Lynch chart suggests that the stock is overvalued.

The company has no debt and an Altman Z-Score of 88.4, suggesting extremely low debt risk. The cash position on the balance sheet has also increased in recent years.

The operating margin of 24.47% is higher than 89.13% of competitors. The company’s revenue and net income have grown steadily throughout its history as a publicly traded entity.

On May 4, shares of MediaTek traded around NT$399.50 for a market cap of NT$520.7 billion and a price-earnings ratio of 28.5. According to the Peter Lynch chart, the stock is overvalued compared to recent earnings.

The cash-debt ratio of 3.26 is higher than 62.97% of competitors, and the current ratio of 2.03 also suggests a stable cash position. The Altman Z-Score is 4.23, indicating that the company is unlikely to go bankrupt.

At quarter’s end, the fund held shares of 53 stocks for an equity portfolio valued at $6.12 billion. Its top holdings were Alibaba (BABA) at 7.13%, Tencent Holdings Ltd. (HKSE:00700) at 6.08% and China Resources Land (HKSE:01109) at 4.91%. In terms of sector weighting, the fund was most invested in financial services, consumer defensive and consumer cyclical.

In addition to the buys listed above, the fund established new positions in Topsports International Holdings Ltd. (HKSE:06110), Hanon Systems (XKRX:018880) and NCsoft Corp. (XKRX:036570). Go here for a full list of the fund’s trades for the quarter.