Fox: Relying on the Strength of Fox News

A look at the company's third quarter results 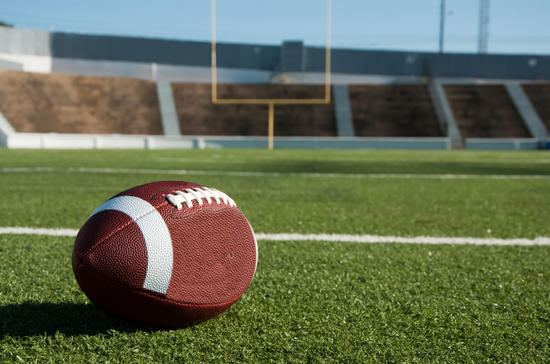 Fox Corporation (FOX), which was formed a year ago following The Walt Disney Company’s (DIS) acquisition of the majority of the assets owned by 21st Century Fox, recently reported results for its third quarter of fiscal 2020. For the quarter, revenues increased by 25% to $3.44 billion, largely due to the fact that Fox broadcasted Super Bowl 54. Adjusted for the big game, which added roughly $600 million in to the top-line, revenues increased by low-single digits in the quarter.

Growth in the quarter (excluding the impact of Super Bowl 54) was driven by affiliate fees, which increased 10% to $1.56 billion. As shown below, the pace of affiliate fee growth accelerated sequentially from the 7% growth reported in the second quarter, which was also a sequential acceleration from the 4% growth rate reported in the first quarter. The third quarter result puts Fox in a position to meet or exceed management’s guidance for high-single digit growth in affiliate fees in the second half of fiscal 2020.

The acceleration in affiliate fee growth reflects the contribution from recent distribution agreements, such as an early renewal with CMCSA, with per sub rate increases demonstrating the strength of Fox’s brands and the benefit of a focused portfolio (no need to sacrifice economics on channels like Fox News to support wider distribution for new or less popular channels like FXX or FXM).

The company’s ability to command continued rate increases, which is increasingly important as the pace of pay-TV subscriber losses accelerates, will be dependent on the strength of its brands. That strength was on display in the third quarter, with Fox News and Fox Business both reporting the largest audiences ever recorded in each network’s history. For Fox News, that resulted in a 40% year-over-year increase in ratings, inclusive of a near 100% increase among key audiences like the 25 to 54 age demo. As CEO Lachlan Murdoch noted on the call, growth in this younger audience demo has not gone unnoticed by advertisers, with new clients coming to Fox News in the quarter helping to drive a mid-teens increase in ad revenues for the network.

Much of the company’s live sports programming relies upon college and pro (NFL) football, with those seasons typically beginning near the end of August (the NFL schedule was released last night, with kick-off scheduled for September 10th). We currently have a few months before the leagues will need to determine whether the 2020 – 2021 season will start as expected, or even happen at all. At Fox, live sports account for more than 40% of the company’s annual advertising revenues. While there are obviously puts and takes here (you don’t pay for content that doesn’t get delivered), it’s unquestionable that the suspension of college football or the NFL would be a real issue for Fox.

Year to date, cash flow from operations has totaled $1.35 billion. After accounting for $190 million in capital expenditures, Fox has generated $1.15 billion in free cash flow through the first nine months of the year, or roughly $1.9 per share.

Fox has been using its cash generation to fund acquisitions, including the $300 million deal for the Nexstar television stations and the $445 million Tubi deal (with $340 million in net proceeds from the sale of Roku shares helping to fund the latter deal). Those follow the October 2019 deal with Credible Labs and the May 2019 deal with The Stars Group. Generally speaking, it’s still early on all of these fronts. We’ll see in a few years how these deals pan out.

In addition to acquisitions, Fox has been repurchasing shares. Through the first nine months of the fiscal year, the company has repurchased $600 million of stock, inclusive of $180 million repurchased in the third quarter at an average cost of $25 per share (the share count in the third quarter was down 1.5% from the year ago period). But we’re unlikely to see continued repurchases in the coming months. As chief financial officer Steve Tomsic noted during the call, the company has not repurchased shares since the economic crisis began and plans to manage the business and the balance sheet “in a disciplined and conservative manner” for the foreseeable future.

In terms of profitability, adjusted Ebitda, net income and earnings per share all increased by roughly 20% in the third quarter. By my math, the company should earn more than $2.00 per share this year, with revisions lower from my previous estimate based on what will be a very difficult advertising environment in the fourth quarter. In terms of free cash flow, I think the company should generate more than $2.50 per share in the coming year. At $25 per share, the stock trades at a single digit multiple on 2020 free cash flow.

While I continue to have confidence in Fox’s ability to command outsized rate increases, they are facing a major headwind from cord cutting. In addition, I still have doubts about their capital allocation decisions. For those reason, while I am comfortable holding the shares that I own, it’s unlikely that I’ll add further to this position.