Yelp: Unfortunate Timing for a Pandemic

A look at the company's first quarter financial results 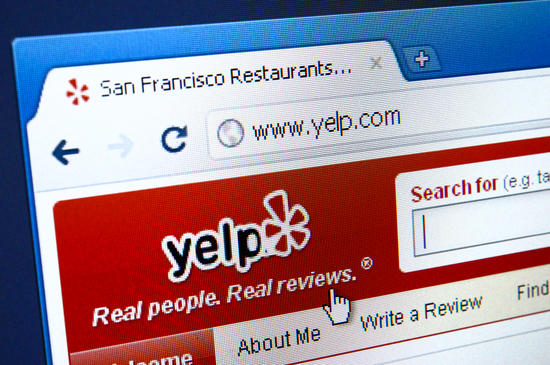 Yelp (YELP) recently reported results for the first quarter of fiscal 2020. Revenues for the period increased 6% to $249.9 million. The quarter was a roller coaster, with revenues increasing 8% in January and 15% in February, followed by a 5% decline in March and an expectation for a roughly 35% year-over-year decline in April. As noted in the press release, the significant slowdown in March and April reflects the widespread impact of the pandemic, shelter in place, social distancing, etc. “The emergence of the COVID-19 pandemic has drastically changed nearly all aspects of life and has significantly impacted local businesses and their ability to operate as they once did.”

The timing is unfortunate because Yelp was showing momentum in its growth initiatives, including multi-location (revenues +22% in February), self-serve (revenues up nearly 40% in February), and Home & Local Services (revenues up 25% in February). Before being side-swiped by the pandemic, Yelp was delivering on the expectations communicated to investors.

As noted in the shareholder letter, that has changed significantly in the past few weeks:

The decline in engagement led to a year-over-year decline in app unique devices.

As I’ve noted in previous articles about Yelp, the pace of app unique device growth has been slowing for some time, which may reflect market saturation, competitive pressures, or a mix of the two. Whatever the reason, business will become very difficult for Yelp if it does not find a way to drive sustainability (and hopefully growth) in its user base and engagement long-term.

Given the sudden change in business trends in March, expenses outpaced revenue growth. As a result, profitability (adjusted EBITDA) declined by more than 50% year-over-year, with margins compressing by roughly 1,000 basis points. Naturally, if revenue declines materialize in the coming months and quarters, as seems likely, reductions in profitability are likely to follow.

In order to ensure the health and safety of employees, Yelp began the transition to remote work in early March. As noted in the shareholder letter, management has been “highly encouraged by the operational agility” achieved in the past few weeks. My hope is that the success of this model will encourage management to accelerate the transition away from high cost areas like San Francisco.

"We will also be prudent in optimizing our fixed cost structure in facilities and infrastructure to reduce our footprint over time and cast a broader geographic net for talent.”

While the short-term will clearly present some challenges, Yelp has the financial strength and liquidity to weather the storm, in my view. The company currently has $491 million in cash, cash equivalents and marketable securities and no debt, which amounts to roughly $7 per share of net cash. While Yelp returned a significant amount of cash to shareholders in 2019 in the form of $481 million worth of repurchases, the company will pause any additional share repurchases for the foreseeable future.

Yelp has been through a business model transition in the past few years, and signs of progress have come in fits and starts. The ironic thing to me is that the results through February suggested that we were finally seeing the light at the end of the tunnel - and then the pandemic happened. It now appears that we’re going to be confronted with a number of very difficult quarters. Thankfully, the company has a strong balance sheet and the ability to adjust costs given current business realities (they've guided to a roughly 25% reduction in expenses from the first quarter to the second quarter).

At $20 per share, I think the risk/reward is attractive - but this will undoubtedly require patience. I’m optimistic that the equity can be an attractive long-term investment from current levels.