Shopify: Is This Rapid Grower a Value Stock? 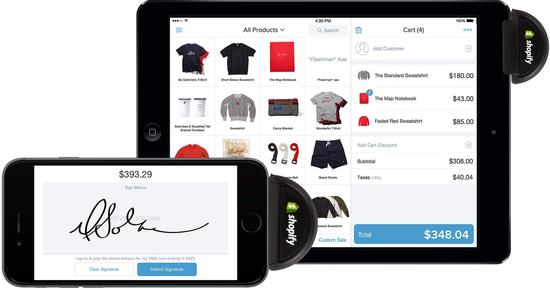 How right he was. Exactly three months later, with the stock trading around $750, it is up 41% from the Valentine's Day price of $533. This chart shows prices since the company went public in 2015:

Shopify provides a platform for individuals and companies who want to start or manage a retail store online. In its 10-K for 2019, it offered this description: “Shopify builds web- and mobile-based software and lets merchants easily set up beautiful online storefronts that are rich with retail functionality. Merchants use our software to run their business across all of their sales channels, including web and mobile storefronts, physical retail locations, social media storefronts, and marketplaces.”

Revenue comes from two streams, the sale of subscriptions and what are called Merchant Solutions. The latter refers to add-on services, including Shopify Pay, Shopify Shipping and Shopify Capital.

At the end of calendar 2019, it had more than a million subscribers spread among 175 countries. Just over half of them were based in the United States, and a majority paid less than $50 per month. Revenue gains come from increasing spend by current merchants and from new subscribers recruited through advertising and partner referrals.

Earlier, we noted that Shopify’s share price had risen some 200% in 2019. At the same time, its subscriber growth was up roughly 25%, from 820,000 at the end of beginning of the year to 1,069,000 at the end. This slide from a company presentation shows how each year’s cohort of new subscribers grows revenue over time:

First-quarter results were also strong, as some of the newly-unemployed decided to become entrepreneurs and start their own online stores. While the company isn’t sure how many of those new subscribers will make enough money to stay, their presence helped drive up total revenue by 47% over the same quarter last year.

Indeed, in the six weeks between March 13 and April 24, the number of new stores created on the platform grew by 62% compared to the previous six weeks (pre-Covid-19). Its newly created fulfillment service also generated more revenue. And, in post-quarter news it announced a new app, Shop, which it described this way: “Shop offers users the ability to easily discover local businesses, receive relevant product recommendations from their favorite brands, check out effortlessly, and track all of their online orders.”

Because it is a tech company, growing like Amazon.com (

AMZN, Financial) and involved in online retail like Amazon, Shopify is often compared to the giant. However, there are some important differences. Amazon focuses on consumers, where Shopify focuses on merchants. Amazon has been known to compete with its own vendors, and even to undercut their prices; that should not happen at Shopify since it sells only subscriptions and enhanced services.

Comparing them from an investor’s perspective we see similarities and differences:

In a first-quarter shareholder commentary,

Ron Baron (Trades, Portfolio) of Baron Partners Fund, wrote, “We believe Shopify has created a platform enabling it to disproportionally benefit from the growth in e-commerce penetration as it further expands its market share over time.” Baron’s Discovery Value Fund is also a major investor in Shopify, holding nearly 700,000 shares and representing 27.05% of the total portfolio.

In addition to Baron, nine other gurus had holdings in Shopify as of Dec. 31 or March 31, while Amazon had 41. Perhaps that reflects Shopify’s ownership structure; in its 10-K it reported: “ As of February 6, 2020, as a group, our directors and executive officers beneficially own, or control or direct, directly or indirectly, a total of 410,626 Class A subordinate voting shares and 11,540,504 Class B multiple voting shares, representing 0.4% of the Class A subordinate voting shares and 97.0% of the Class B multiple voting shares outstanding and 51.8% of the voting power attached to all of our issued and outstanding shares.”

Over the past two years, the gurus have made more sales than buys:

Shopify is a great growth company, but hardly a company for value investors. Because it is pouring all its available resources into expansion, it is not a company that can be analyzed on the conventional metrics, including DCF valuation. It has no debt, but until it can show a history of positive and growing earnings, value investors will have little interest.