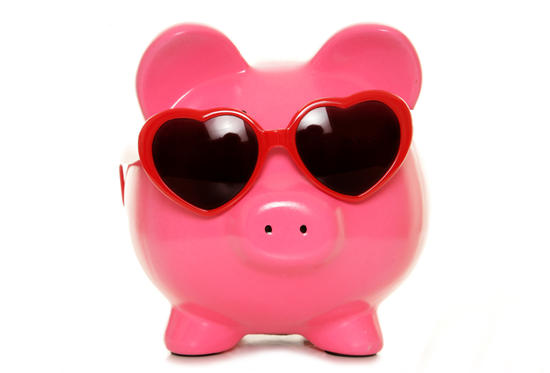 In the final months of 2019, Charles Schwab Corporation (

In October, it cut its trading fees to zero, and in November, it announced it will acquire TD Ameritrade (AMTD), one of its competitors. When the deal is completed later in 2020, it will add 12 million client accounts, $1.3 trillion of client assets and $5 billion of annual revenue.

In addition, the company expects synergies to lead to lower operating expenses. “With anticipated synergies, the deal is expected to be 10-15% accretive to GAAP EPS and 15-20% accretive to Operating Cash EPS in year three, post-close.”

Earlier, in July 2019, Schwabb announced it would buy the assets of the USAA Investment Management Company. That deal just closed on May 26, and Schwab reported it would add “$80 billion to its $3.8 trillion in total client assets”.

Clearly, Schwab is a company on a growth trajectory. That, plus the discounted price, likely explain why the gurus have been net buyers of its stock during the last couple of quarters, according to GuruFocus data:

Let’s start our analysis of the stock's valuation by checking GuruFocus' discounted cash flow (DCF) calculator. According to the calculator, the stock now offers a 43% margin of safety:

GuruFoucs gives the company a valuation rating of 7 out of 10, which suggests we can have reasonable confidence in the DCF valuation.

In terms of profitabilty, GuruFocus gives the company a 4 out of 10 rating. Schwab has a strong net margin, as well as ROE (return on equity) in the double digits. We can ignore the low ROA (return on assets) because as an investment management company and brokerage, it does not need a lot of assets (as a railroad or manufacturing company might). A quick check of its peers shows them all listing ROA in the low-to-medium single digits.

Turning to financial strength, the company receives a low rating of 4 out of 10. As suggested by the cash-debt ratio, Schwab has debt, but the ratio also shows the company has eight times as much cash, cash equivalents and marketable securities as it has as debt. The chances of debt driving the company into financial trouble are very slight.

Since no returns are shown for return on invested capital (ROIC) due to accounting peculiarities that are often present with financial institutions, we can instead look at ROE. It currently stands at 14.95, and this level compares favorably to stocks in its sector as well as to its own history.

Altogether, Schwab’s current fundamentals and price have caught my attention. The stock is owned by 26 gurus, including Dodge & Cox with 101.2 million shares,

Another guru owner of the stock is

Ron Baron (Trades, Portfolio) of Baron Funds with just over 5 million shares. In his first-quarter 2020 commentary, he noted that revenues and profits at Schwab are a function of the amount of client assets it holds. At this time, it holds about $3.5 trillion of assets, and that will jump to $5 trillion once the acquisition of TD Ameritrade is completed. He thinks the share price could triple in the next 10 years.

However, will the loss of trading commissions hurt Schwab’s results? The Chief Financial Officer, Peter Crawford, made several points regarding this issue in a note on Oct. 1, 2019:

Specifically, eliminating commissions will cost $90-100 million upfront in quarterly revenue, which works out to be only about 3-4% of total revenue. Given the current pressure on fees, that might be a high estimate, according to Crawford. As it turned out, there were offsetting rewards almost immediately. In November, the company saw a 31% increase (compared with September) in new brokerage and investment accounts.

Charles Schwab Corporation may provide both value and growth in one stock, in my view. The stock price is down, providing a margin of safety. Several gurus have confidence in the Schwab name as well, futher strengthening my view of the available opportunity.