Kroger: Capital Preservation and More at a Good Price 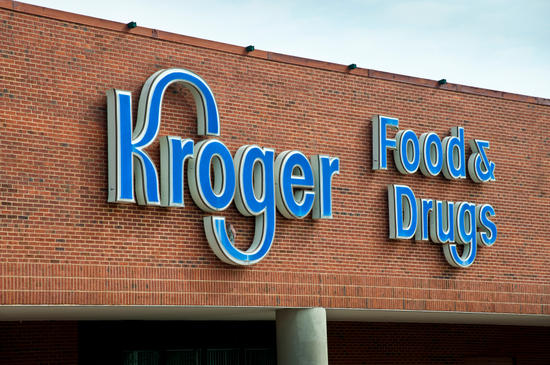 Warren Buffett (Trades, Portfolio) and Berkshire Hathaway (BRK.A, Financial)(BRK.B, Financial) bought $549 million worth of stock in The Kroger Co. (KR, Financial). Whether through luck or skill (we presume more of the latter than the former), he had found a business that would help preserve his and his shareholders’ capital through the current pandemic and economic crisis.

Not that he would have given much attention to the short-term situation, but as a company that would provide ongoing returns for many years.

Kroger is the largest of the traditional supermarket chains, a survivor of the war with online retailers and itself a growing force in online sales. It reported that it operated, as of Feb. 2, “2,764 supermarkets under a variety of local banner names, of which 2,270 had pharmacies and 1,537 had fuel centers. We offer Pickup (also referred to as ClickList®) and Harris Teeter ExpressLane™— personalized, order online, pick up at the store services — at 1,581 of our supermarkets and provide home delivery service to 91% of Kroger households.”

Online sales were up 29% in fiscal 2019, which ended on Feb. 1 of this year. And, we can confidently expect the increase will be even higher this year as many consumers try to minimize their exposure to the Covid-19 virus. Of course, much of that gain will come at the expense of in-store sales.

Still, it suggests the power to resist encroachments of strictly online vendors such as Amazon.com (

AMZN, Financial). And that brings to light the zero-sum nature of the food retailing industry. Demographic conditions mean there is a relatively small amount of new business each year andb as a result, companies that want to grow need to take market share from competitors.

The U.S. Census Bureau reported: “The nation’s population was 328,239,523 in 2019, growing by 0.5% between 2018 and 2019, or 1,552,022 people.” The population grew by 0.5%, but Kroger managed to increase its full-year Identical Sales by 2%, according to its latest filing. While there are some tweaks necessary to normalize these numbers, it is evidence that Kroger has been growing and not losing its market share.

It does not disclose its market share in regulatory filings, but it does compete with several heavy hitters, not to mention new entrants that aim to take away niche segments. In its most recent 10-K, Kroger tells investors: “The operating environment for the food retailing industry continues to be characterized by intense price competition, expansion, increasing fragmentation of retail and online formats, entry of non-traditional competitors and market consolidation. In addition, evolving customer preferences and the advancement of online, delivery, ship to home, and mobile channels in our industry enhance the competitive environment.”

The company has a couple of initiatives underway that it believes will be good for consumers and investors. On the consumer side, it began Restock Kroger in 2018, with several key initiatives:

As Chairman and CEO Rodney McMullen wrote in a letter to shareholders, “The outcome of our focus on these drivers is Shareholder Value Creation. At Kroger we have an aspiration to deliver consistently strong and attractive total shareholder return, or TSR, year over year.”

TSR refers to a combination of business growth, free cash flow and dividends, within the context of strategic capital deployment. It also has been buying back its own shares.

Obviously, this is not a stock that can promise the kind of growth that tech companies like Shopify (

SHOP, Financial) and Apple (AAPL, Financial) have delivered. But it can promise steady growth based on population growth, its ability to expand its market share and greater efficiencies.

The current dividend yield is just below 2% and has been rising. Its three-year dividend growth rate is 10.1%, indicating a company that wants to reward its shareholders. Payout is just 29%, so there is no danger of it becoming too costly.

And shareholders should continue to see continuing growth in earnings per share once the extra costs caused by Covid-19 fade away. This chart shows generally good results on EPS and five other key metrics:

As for the share price, the message is mixed over the past decade, so capital gains may or may not be a factor in assessing total returns:

The Supermarket News reported, after an investment conference, “Kroger is targeting total shareholder return of between 8% and 11% beyond 2020.” That would comprise earnings growth of 3% to 5% plus a combination of buybacks and dividends from a growing free cash flow payout rate.

That’s an adequate return for many prudent value investors, but is it available at a suitable price? Yes, according to the GuruFocus discounted cash flow calculator, which puts the fair, or intrinsic, value at $58.08, a price that would provide a 43.85% margin of safety.

In recent months, the gurus have been net buyers of Kroger. Buffett and Berkshire Hathaway are the biggest holders with just under 19 million shares.

Kroger shares are not as safe as government bonds, or even corporate bonds, but may be about as close to them as any stock available. If it can hit its target of 8% to 11%, it will certainly outperform bonds.

Demand for food will remain constant, but there is a danger that new or existing entries into grocery retailing might push margins down. However, Kroger has a long history of surviving changes in the industry, including the shift to online shopping. Further, it is proactively reinventing itself to try to get ahead of new challenges.

The price is also right, providing a solid margin of safety that should satisfy most value investors.

Also check out:
Not a Premium Member of GuruFocus? Sign up for a free 7-day trial here.
Rating: 4 / 5 (5 votes)
3 Comments
Write for GuruFocus
Submit an article
How to use GuruFocus - Tutorials What Is in the GuruFocus Premium Membership? A DIY Guide on How to Invest Using Guru Strategies GuruFocus New Features