Jim Simons has confidence, but should the rest of us? 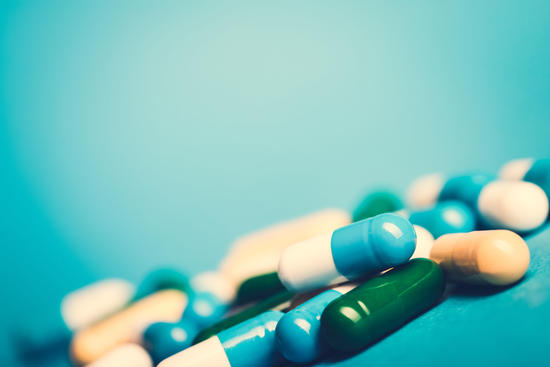 Value investors like companies with strong balance sheets and no debt; it means there are no worries about the company going broke or getting into serious financial trouble.

TARO, Financial) fits that bill; it also has what it calls a “diverse portfolio” of more than 200 pharmaceutical products. Yet, its share price has been drifting down for roughly five years.

The company is based in Israel, headquartered in the United States and also has extensive manufacturing facilities in Canada. It develops, manufactures and markets mostly semi-solids formulations, which means creams and ointments, but it also does some work with liquids, capsules and tablets.

This slide, from its January 2020 investor presentation, shows Taro’s geographical and products profile:

This slide shows that dermatological products represent the biggest chunk of sales:

It is also a company that has been losing the confidence of investors over the past five years. When we add in its earnings per share, the reason for that loss of confidence becomes clearer, as shown in this 10-year chart:

CEO Uday Baldota explained in the earnings call on May 20 that competition has pushed down prices “quite sharply over the last four or five years.” At the same time, the cost to develop each new product has gone up. As a result, there are fewer products under research and development, leading to “some” shrinkage in the pipeline.

“But I would say that we have a pretty, despite all of that, we have a healthy pipeline of products that are under development, which are sort of all are justified on the financial criteria that we used," he said. "So while the overall number of targets may have gone down, but at least from our pipeline perspective, I think we have a reasonably good pipeline.”

When asked about the outlook for investors, Chief Financial Officer Daphne Huang responded, “We are constantly looking to enhance shareholder value, but in the same time given the competitive nature of the markets that we're in, given the macroeconomic environment we're in, we need to be very cognizant about being very disciplined in all the alternatives and methods, options to enhance shareholder value, including but not limited to methods of share buyback, one to execute as well as continuously looking at acquisition non-organic opportunities either by product portfolio to compliment with Taro's strategy or any potential other acquisition opportunities.”

Despite the lukewarm news, guru

What does Simons, an investing legend, see that most other investors do not?

Well, one area of future potential was mentioned by Baldota on the earnings call: “I think as part of our long-term strategy entering into the U.S. branded pharmaceutical space is something that is important for us and we do look at opportunities in that space as well.”

Branded, of course, means exclusivity and less competition. Indeed, in some cases, it might even provide a monopoly, which has made some drug companies very profitable. However, branded also demands lots of research and development, which is only possible for companies with robust cash flows.

More specifically, since research and development is not included in capital expenditure (because its future benefits are uncertain) then it has to be financed out of free cash flow. As this 10-year chart of free cash flow shows, it has been slipping in recent years, but is still substantial:

That’s $243 million, based on preliminary results for the 2020 fiscal year. It also has more than $1.1 billion in cash, cash equivalents and marketable securities. This slide from the investor presentation shows how much it has spent on research and development in the past five years:

The next slide summarizes its R&D strategy (ANDA is defined as “An Abbreviated New Drug Application (ANDA) is an application for a U.S. generic drug approval for an existing licensed medication or approved drug.”

Yet, it seems Taro has been on that track, with declining margins, for the past five years. The GuruFocus system reports the operating margin has declined by an average of 10.1% per year since 2015. And while its fortunes have been waning, it is still outperforming its peers, as shown on Taro’s operating margin page:

Because of its bumpy earnings, GuruFocus cannot provide a reliable discounted cash flow estimate of Taro’s future value. However, the price-earnings ratio is modest at 10.75, which is lower than it has been since 2017.

In 2016 and 2017, it bought back $500 million worth of its own shares, and in 2019 the board authorized another $300 million worth of buybacks. It appears the board has not acted on that 2019 authorization and, given the current economic upheaval, is unlikely to do so this year.

For Simons and the other gurus accumulating or holding shares in Taro Pharmaceuticals, there is apparent confidence that the company will escape the constraints of generic drug pricing. If it gets better results from its current research and development strategy or develops new branded drugs with reasonable volume, it could deliver.

For most value investors, though, there appear to be no compelling reasons to invest in Taro at this point. The share price is down, but it has been declining for five years with no indication of a turnaround so far.

Disclsoure: I do not own shares in any companies named in this article and do not expect to buy any in the next 72 hours.

Also check out:
Not a Premium Member of GuruFocus? Sign up for a free 7-day trial here.
Rating: 4 / 5 (1 votes)
2 Comments
Write for GuruFocus
Submit an article
How to use GuruFocus - Tutorials What Is in the GuruFocus Premium Membership? A DIY Guide on How to Invest Using Guru Strategies GuruFocus New Features