A look at the company's first quarter results 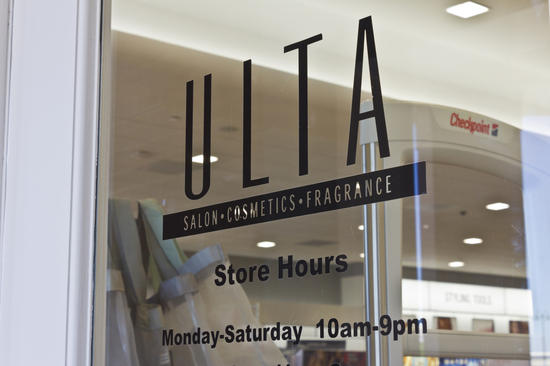 As expected, it was a difficult quarter for the specialty retailer. As management noted during their commentary on the call, results early in the quarter exceeded their expectations, but that changed in mid-March when the company was forced to close all of its 1,264 stores. This led to a precipitous decline in sales, with comps down by more than 60% in the back half of the quarter.

As a result, comp store sales declined by 35% overall in the quarter, led by a nearly 40% reduction in transactions. The only reprieve for Ulta during this period was e-commerce, which saw significantly accelerated growth as customers who wished to purchase from the retailer were pushed to that channel. For the quarter, Ulta's e-commerce revenues more than doubled year-over-year, with management commentary in prior periods leading me to estimate that the channel accounted for roughly one-third of its business in the quarter (they no longer disclose this number).

Gross profits declined by more than 50% to $304 million, with gross margins contracting by more than 1,000 basis points to 26%. As outlined on the call, the primary contributors to the significant contraction in gross margins were deleverage of fixed store costs, channel mix shifts (from in-store sales to e-commerce) and deleverage on salon related expenses. Selling, general and administrative costs only declined by 6% year-over-year, reflective of sales deleverage and the fact that management did not begin furloughing employees until the middle of April, when it became apparent that the stores would not be reopening for some time. As a result, the company swung from an operating profit of $238 million in the year-ago period to a loss of $102 million in the current quarter.

During the conference call, management outlined their plans to return the business to normal operations. On May 11, the company noted that 333 stores were fully open, equal to roughly 25% of its units, with salon services available at roughly 85% of those locations. In addition, the company is offering curbside pick-up at 840 locations (inclusive of the 333 stores that are fully open). In terms of future expectations, management currently expects to have the “vast majority” of locations reopened in some capacity by the end of June.

As the impact of Covid-19 became more apparent, Ulta took steps to ensure that it was prepared to weather the storm. First, the company drew down the majority of its $1 billion revolving credit facility. Second, the company suspended share repurchases for the foreseeable future (after repurchasing $73 million worth of stock in the quarter at an average price of $223 per share). The company also reduced its capital expenditures guidance for 2020, largely due an expectations that they will only add 30 – 40 stores in the year (the previous guidance was for 75 new stores in 2020).

Looking ahead, there are still a few hurdles left for the company to clear. Most notably, they need to go through the process of getting more than 1,000 stores back to normal operations. In addition, there’s reason to believe the current environment could lead to intensified competitive pressures. As noted on the call, "we are anticipating as a category potentially higher promotional activity.” Throughout this process, it seems like the company will take steps to focus on omni-channel.

As CEO Mary Dillon noted on the call, “Covid-19 has hastened channel shifts across retail, and we believe much of this new customer behavior will be sticky.” This means that in some ways, this period of short-term dislocation in their core business may actually be a blessing in disguise for Ulta, as it could provide the impetus they needed to truly lean into the e-commerce business and build out best-in-class omni-channel offerings.

Given the difficult start to the year, along with expectations that this will continue for at least the next few weeks, it appears likely that earnings in 2020 will be significantly below the result in 2019.

Of course, what happens in any given year is a relatively unimportant question in the big picture. Looking to the years ahead, Ulta will have a tailwind as some of its competitors – most notably department stores – continue to struggle. At the same time, it sounds like they have shifted away from their focus on unit growth. Covid-19 may even lead them to delay their expansion into Canada. That leaves the company to focus on its current stores, along with its growing e-commerce business.

Personally, I think there’s a lot of merit in taking a step back and making sure that the company is pursuing a growth strategy that improves their competitive positioning for the long run in addition to driving sales and earnings growth.

Along with the broader equity markets, Ulta shares have been on a nice run in the past few weeks. I’m intrigued by the story and will continue to follow along, but I’m honestly nowhere close to investing in the stock at current levels.

Not a Premium Member of GuruFocus? Sign up for a free 7-day trial here.
Rating: 5 / 5 (5 votes)
Write for GuruFocus
Submit an article
How to use GuruFocus - Tutorials What Is in the GuruFocus Premium Membership? A DIY Guide on How to Invest Using Guru Strategies GuruFocus New Features