The insolvent rental car company has seen its stock soar, but will likely crash back to earth in the end 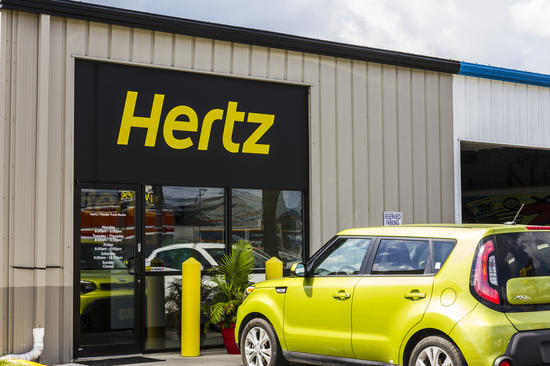 Rental car giant Hertz Global Holdings Inc. (HTZ) has been in trouble for years. With its operations reliant on an increasingly unsustainable debt load, the company’s financial position grew ever more precarious. The company was in no position to weather a serious economic shock like the Covid-19 epidemic. Yet, even faced with imminent bankruptcy restructuring, Hertz has attracted renewed investor attention.

Hertz’s financial troubles were raising analysts’ eyebrows long before the current crisis struck. During the Great Recession, the company experienced a precipitous revenue drop. Yet, even after that crisis came to an end, revenues never managed to recover. Consequently, Hertz was increasingly forced to rely on debt to fuel its operations.

Hertz’s situation had gotten so bad by early 2019 that some analysts were vocally warning that the company was just one recession away from bankruptcy. With the travel industry decimated by the Covid-19 lockdown and subsequent recession, Hertz quickly came under insurmountable financial pressure.

Initially, Hertz made an effort to stave off bankruptcy. On April 23, the company tapped restructuring advisors. On May 12, it issued a going concern notice and canceled 90% of its planned purchases of 2020 model year vehicles. Alas, these efforts failed to yield meaningful results and Hertz was forced to file for Chapter 11 bankruptcy.

Ordinarily, when a company files for bankruptcy, its equity gets wiped out, or virtually wiped out. Thus, it is usually prudent for shareholders to abandon their positions quickly in order to recover some capital. That is what legendary investor

Carl Icahn (Trades, Portfolio) did. Having amassed 40% of Hertz’s common equity ahead of the bankruptcy filing, Icahn quickly dumped his whole position.

Yet Hertz did not behave as expected. Rather than continue downward inexorably to zero, the stock bounded back to life, springing up nearly 900% from its May 26 low to close at $5.50 on June 8. Despite facing imminent restructuring, the stock was surging. This price behavior shocked many market observers, and resulted in a rather epic short squeeze.

Two major factors contributed to the upward run. Most obvious has been the piling in by retail investors. Many retail investors lack significant understanding of complex financial situations, such as Chapter 11 restructuring. It appears that many do not expect that Hertz will see its equity value wiped out, while others are simply speculators riding momentum.

The second driver was a painful combination of capitulation and automation. According to Deutsche Bank analyst Chris Woronka, Hertz’s upward run was supported by a “capitulation-type short squeeze being exacerbated by high-frequency trading programs." In other words, there was a powerful feedback loop driving the price that was essentially disconnected from the underlying fundamentals or expectations.

Wall Street analysts and market commentators have not helped to remedy the situation. Morgan Stanley’s Adam Jonas, for example, issued a research note on June 5 in which he set a bull-case price target of $8. Yet, according to Jonas, Hertz can only exit Chapter 11 if its creditors agree to waive covenants and a white knight investor swoops in with a rescue package. How this can square with his price target is unclear. Given Hertz’s debt load and the current economic climate, this appears, in my assessment, to be little more than wishful thinking.

June 8 was a highwater mark for Hertz. As the reality of the company’s dire financial situation has set in, investors have awoken to the danger of holding shares through a bankruptcy proceeding. Over the two subsequent trading sessions, Hertz has given up a big chunk of its recent gains, having fallen more than 50% from the high at time of writing.

Given the sheer scale of its financial troubles, I do not see much hope for Hertz’s equity. The euphoria driving the stock price has little basis in reality, a fact that appears to be setting in at last. On June 10, the New York Stock Exchange issued a delisting notice to Hertz, marking another step toward the apparently inevitable.

As with most bankruptcy cases of this type, I see Hertz going to zero as by far the most likely scenario. While the stock has fallen from its height, there is likely still a long way further to fall.

My recommendation to investors is to get out now, before bankruptcy proceedings wipes out their positions.

Also check out:
Not a Premium Member of GuruFocus? Sign up for a free 7-day trial here.
Rating: 1 / 5 (1 votes)
Write for GuruFocus
Submit an article
How to use GuruFocus - Tutorials What Is in the GuruFocus Premium Membership? A DIY Guide on How to Invest Using Guru Strategies GuruFocus New Features