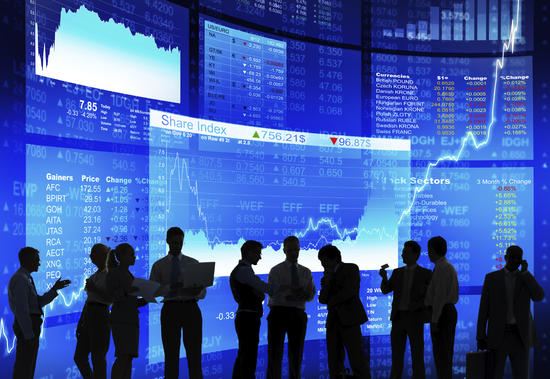 The global economy has been in a tailspin since going into lockdown, yet capital markets have remained remarkably buoyant. Indeed, markets pulled out of their initial dive with remarkable alacrity, thanks in large part to aggressive stimulus actions by the Federal Reserve, Congress and the Trump administration. By June, stock indexes were again testing their all-time highs, despite the broader economy continuing to languish.

The resurgent bull market has flummoxed many, and even frightened some, analysts and commentators. Yet despite the voices warning about the historic disconnect between the stock market and the real economy growing in number and volume, investors have remained remarkably unperturbed.

Disconnected from the economy

The disconnect between capital markets and the economy has been mounting for months. In a May 15 market report, Schroders analysts reflected on the sheer extent of the divergence:

“Over the past eight weeks, 36 million Americans have filed unemployment claims. US GDP plunged by 4.8% in the first quarter of 2020. Yet the US stock market surged by 13.2% in April, the largest monthly increase since 1987. What on earth is going on? Why is the market moving in the opposite direction to the economy?”

The situation has hardly improved in the weeks since. A blowout June 5 jobs report added considerable fuel to the fire. The news that the economy had added more than two million jobs sent stocks rocketing upward, and they failed to fall back to earth even when it was subsequently revealed that the Bureau of Labor Statistics had "a misclassification error," in which some people were characterized as employed rather than unemployed. The good news was all that mattered to ebullient investors, who simply shrugged off the revision.

By June 8, even as the economy officially entered recession, stocks had erased their losses since the start of the year, as the Washington Post reported:

“Investors greeted the first recession in 11 years with yet another stock surge that sent the Nasdaq composite to a record and lifted the Standard & Poor’s 500 index into positive territory for the year. The tech-heavy Nasdaq stormed to a record 9,924.75, a 110-point, or 1.1 percent, gain on the day. The previous milestone, 9,817.18, was set in February. The S&P 500 finished at 3,232.39, up nearly 1.2 percent, to erase its losses for the year. The S&P had been more than 30 percent in the hole three months ago. The Dow Jones industrial average also had a big day, jumping 461 points, or 1.7 percent, to close at 27,572.44. The Dow is on a six-day winning streak, its best since September.”

Stocks have refused to give up much ground since. Even the June 11 market selloff only barely managed to tip the S&P 500 back into the red for the year.

“It’s been remarkable to watch markets just climb higher and higher. We haven’t really seen markets reflect the full extent of the damage that coronavirus is having to corporate profitability.”

Already a highly unusual situation in April, it has only gotten stranger. On May 21, Charles Schwab (SCHW) Chief Investment Strategist Liz Ann Sonders observed that the traditional correlation between earnings and the S&P 500 index had actually inverted:

“Intuitively, we can sense that stocks have disconnected from earnings estimates...correlation between S&P 500 & forward earnings estimates has been +.90 over the past 20 years, but a mirror image -.90 since 3/23/20.”

That is a rather staggering reversal of a multidecade trend. Clearly, something very strange has been going on.

“We are concerned that thoughtful approaches are being overwhelmed by the need to at least keep pace with price moves. People are ignoring joblessness, trade friction, social unrest, and risks that loom including possible Covid-19 reinfections, the end of bonus supplemental unemployment checks and the upcoming elections.”

According to Citi’s panic/euphoria model, which tracks a range of financial and economic metrics, market sentiment had reached its most extreme level of euphoria since 2002. As Business Insider’s Linette Lopez opined on May 21, the euphoria has resulted in a “perfect storm of stupid” seizing investors nationwide. According to Lopez, investors are celebrating extremely prematurely:

“We know the second quarter will look much, much uglier than the first, but anyone who thinks they know how ugly is trying to call the score of a game before it's over and after the rules have completely changed.”

The economy has taken a savage beating, but there is more pain still to come. Moreover, even if the economy were allowed to reopen overnight, the damage has already been done.

Even with the June 11 blowoff, stocks remain shockingly elevated. By my reckoning, the recovery will take far longer to take shape than investors currently countenance. Capital markets are already pricing in a rapid and robust economic recovery, apparently discounting the pitfalls that can arrest an economic recovery that is likely to be quite lengthy. Ultimately, the only true certainty investors can have about the market today is that the future is uncertain. As Lopez cautioned on May 21, no one knows what is coming next:

“You will not find a genius on Wall Street, in the Federal Reserve, or at NASA who can call what is about to happen in the stock market. So no matter how smart your friend with the new trading account thinks they are, tell them (gently) that they cannot call it either.”

With stocks hovering near all-time highs in the midst of a painful recession, caution is the order of the day.