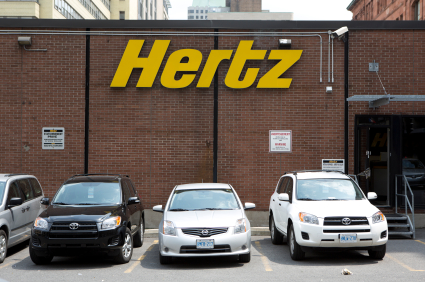 HTZ, Financial) filed for bankruptcy last month, most investment professionals lost hope for the survival of the rental car company’s battered equity. Among the seasoned investors who abandoned Hertz was Carl Icahn (Trades, Portfolio), who closed his massive position in response to the bankruptcy news.

Crippled by debt and bleeding cash, any restructuring would surely wipe out the equity. Or so one might think. Yet, to the shock of many analysts and commentators, Hertz saw its share price surge as retail investors and day traders swooped in. By June 8, shares had rallied nearly 900% from the low. Only after the New York Stock Exchange issued a delisting notice on June 10 did the rally finally stall.

Still, Hertz stock is holding firm well above the lows and retail interest has persisted. This has led Hertz's management to suggest an extremely unusual move: selling stock from its active shelf to raise cash from new equity holders.

On June 11, Hertz petitioned the bankruptcy court for an unusual form of relief. Citing the “nearly tenfold increase” in its stock price following its bankruptcy filing as evidence of investor appetite, the company asked the court’s permission to sell additional equity into the market. Specifically, it wants to sell the “246,775,008 shares of common stock through at-the-market transactions under Hertz’s existing shelf registration.”

According to this latest petition, Hertz wants to sell off the remaining shares from its active shelf in order to raise cash. Yet, even if all these shares were sold at the share price prevailing at time of writing, the company could only hope to net on the order of $700 million. So why do it? Hertz explained in its court petition:

“Debtors now seek emergency relief from this Court to allow the Debtors to capture the potential value of unissued Hertz shares for the benefit of the Debtors’ estates.”

What this means is that Hertz wants to raise cash by selling equity to investors, which it will then hand over to its creditors to help make them whole. In other words, Hertz wants to sell equity that, like the outstanding equity, will be worthless after its creditors have realized all remaining value from its assets. What this amounts to is siphoning cash from new equity investors directly to existing creditors.

Why would anyone buy this?

Amazingly, the market reacted positively to the news on June 12. At the time of writing, the stock had risen to $2.92 – a 40% jump from the June 11 close. This has led some commentators, such as professional beach volleyball player and stock market gadfly Ryan Doherty, to wonder whether there could be any rational explanation for the upward run:

These are reasonable questions to ask since markets are supposed to digest information and price in news. Regardless, I have yet to find a compelling fundamental reason for holding Hertz shares, let alone buying them. The company is swamped with debt and its operations are still hemorrhaging cash. With the economy languishing in the doldrums, there is little reason to hope for a sudden turnaround in Hertz’s economic fortunes.

From a speculator’s standpoint, however, I see ample reason for investor enthusiasm – even among the retail investors and day traders who actually understand that Hertz’s equity is almost certainly headed to zero eventually. They may see an opportunity to flip shares to a “greater fool” down the line, getting out with their profits before the rubbish rally inevitably ends.

As legendary stock market commentator George Goodman explained in his classic book “The Money Game” (published under the pseudonym Adam Smith), riding a speculative wave can be intoxicating, but rarely ends well:

“We are at a wonderful ball where the champagne sparkles in every glass and soft laughter falls upon the summer air. We know at some moment the black horsemen will come shattering through the terrace doors wreaking vengeance and scattering the survivors. Those who leave early are saved, but the ball is so splendid no one wants to leave while there is still time. So everybody keeps asking — what time is it? But none of the clocks have hands.”

Speculation is a dangerous game at the best of times. In a time of unprecedented economic uncertainty, when no one knows where the market is headed next, speculating on the equity of a bankrupt company is highly imprudent in my view.

Also check out:
Not a Premium Member of GuruFocus? Sign up for a free 7-day trial here.
Rating: 5 / 5 (3 votes)
2 Comments
Write for GuruFocus
Submit an article
How to use GuruFocus - Tutorials What Is in the GuruFocus Premium Membership? A DIY Guide on How to Invest Using Guru Strategies GuruFocus New Features