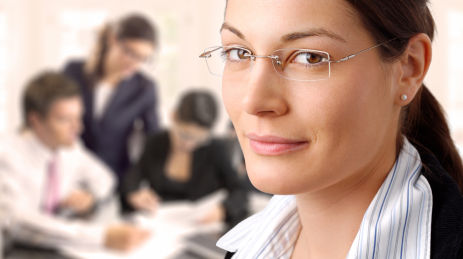 According to GuruFocus insider data, these are the largest CEO buys of the past week.

Fox represents the assets not sold to Disney (DIS) by its predecessor, Twenty First Century Fox. The remaining assets include Fox News, the FOX broadcast network, FS1 and FS2, Fox Business, Big Ten Network and 28 owned and operated local television stations, of which 17 are affiliated with the Fox Network and the Fox Studios lot. The Murdoch family continues to control the successor company.

Net income for the third quarter of fiscal 2020 was $90 million, compared to $539 million in the prior-year quarter.

MGY, Financial) Chairman, President and CEO Stephen I. Chazen bought 75,000 shares during the past week at an average price of $5.81.

The net loss for the quarter ended March 31 was $1.90 billion, compared to net income of $22.71 million in the prior-year period.

Repare Therapeutics is a precision oncology company that discovers and develops novel therapeutics by using synthetic lethality approach in Canada. It provides SNIPRx, a proprietary, genome-wide and CRISPR-enabled platform to systematically discover and develop highly targeted cancer therapies focused on genomic instability, including DNA damage repair. The company's lead product candidate is RP-3500, a potent and selective oral small molecule inhibitor of ATR for the treatment of tumors with mutations in ataxia-telangiectasia mutated kinase. The company also develops CCNE1-SL, a proprietary drug discovery program for tumors with amplification of CCNE1; and polymerase theta inhibitor.

Net loss for the first quarter of 2020 was $194 million compared to net income of $21 million for the prior-year period.

Athenex is a global biopharmaceutical company. It is dedicated to the discovery, development and commercialization of novel therapies for the treatment of cancer. The company's operating segment includes the Oncology Innovation Platform, Global Supply Chain Platform and Commercial Platform. It generates maximum revenue from the Commercial Platform segment. Commercial Platform segment includes APD, which focuses on the manufacturing, distribution and sales of specialty pharmaceuticals. Geographically, it derives a majority of revenue from the United States and also has a presence in Spain, Austria, India, China, the United Kingdom and other foreign countries.

Net loss for the three months ended March 31 was $19.4 million, compared to a net loss of $35.2 million in the same period last year.

Executive Vice President and Chief Medical Officer Rudolf Kwan bought 1,000 shares on June 22 at a price of $12.82. The price of the stock has increased by 0.62% since then.

For the complete list of stocks bought by their company CEOs, go to CEO Buys.