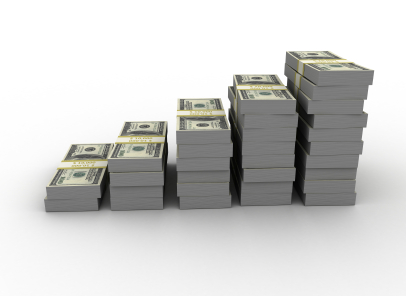 According to the All-in-One Screener's Historical Data Screen, a Premium Plus feature of GuruFocus, four Russell 2000 companies that have shown high financial strength over the past few years include Usana Health Sciences Inc. (

GuruFocus has launched several new Screener features over the past few weeks, which include screening from a specific stock index and adding a field to the view without filtering on that field. Other key Screener features include the Historical Data Screen, which allows for multiple-year screening, and the GuruFocus Filter Ranking, which identifies the fields that have strong positive correlations with stock returns over the past 12 months.

According to the GuruFocus summary page, key measures of financial strength include cash-to-debt, interest coverage, debt-to-equity and Altman Z-score. Our research suggests that cash-to-debt ratio has a strong positive correlation with 12-month stock returns and thus receives a "green thumbs up," as Figure 1 illustrates.

To further narrow our results, we look at stocks that had an Altman Z-score of at least 5 over the past five years. Clicking on the "+" icon next to the Altman Z-score filter brings up the Historical Data Screen, allowing us to add a filter where, from 2015 to the current year, the Altman Z-score is greater than 5. Figure 2 illustrates the pop-up illustrating the filter.

The following video summarizes each of the above features using animated illustrations. The video also shows how to limit the Screener universe to just the Russell 2000 stocks.

Usana Health Sciences develops and manufactures science-based nutritional and personal care products. GuruFocus ranks the Salt Lake City-based company's financial strength and profitability 9 out of 10 on several positive investing signs, which include a high Piotroski F-score of 7, a strong Altman Z-score of 10, a four-star business predictability rank and an operating margin that is outperforming over 86.14% of global competitors.

Gurus with large holdings in Usana include

Power Integrations provides analog and mixed-signal semiconductor solutions to equipment manufacturers and distributors. GuruFocus ranks the San Jose, California-based company's financial strength 10 out of 10 on several positive investing signs, which include no long-term debt and a double-digit Altman Z-score.

PC Connection provides a wide range of products and services that companies purchase from manufacturers and distributors, including computer systems, software equipment and networking communications. According to GuruFocus, the Merrimack, New Hampshire-based company has a strong Altman Z-score of 6 and debt ratios outperforming over 90% of global competitors, suggesting high financial strength.

Gorman-Rupp designs, manufactures and sells pumps and pump systems for use in a wide range of industrial operations. GuruFocus ranks the Mansfield, Ohio-based company's financial strength 10 out of 10 on several positive investing signs, which include no long-term debt and a strong Altman Z-score of 9.

Disclosure: Author has no position in the stocks mentioned as of this writing but plans to buy shares of Usana over the next 48 hours.