Is IBM a Value Opportunity as It Sheds the 'Dead Weight' of Legacy Business?

The move unlocks investor enthusiasm and funding, but it enters a competitive focus area 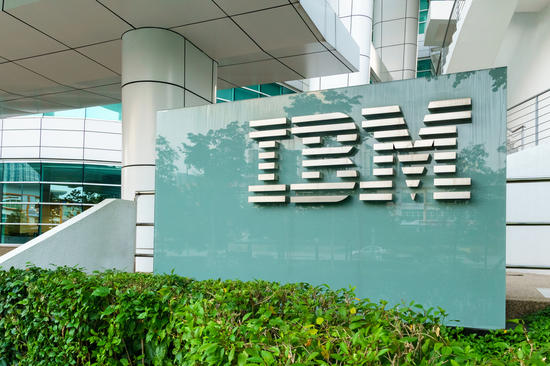 IBM, Financial) saw its stock soar more than 8% on Thursday morning before settling down slightly to around $130.93 in midday trading. What prompted the movement was the company's announcement that it will be spinning off its legacy business, the managed infrastructure services unit, into a separate company by the end of 2021.

Investor enthusiasm for IBM's stock has waned over the years as the company matured and lost its "popular tech stock" status, with many seeing the legacy business as dead weight that covers up the profits of its faster-growing and higher-margin cloud operations. Thus, it comes as no surprise that an announcement of a separation between the legacy business and the cloud business has made the stock more attractive; once the spinoff occurs, IBM has the potential to regain the higher valuation levels typically associated with popular tech stocks.

However, how much does this truly improve the worth of IBM as an investment? The cloud business is an extremely lucrative one, but it is also extremely competitive, with disruptive new players cropping up everywhere. Additionally, once the legacy business (temporarily called NewCo until an official name is decided on) is spun off, how many investors will immediately dump the spinoff stock on the open market? With this in mind, let's take a look at the reasoning behind the spinoff and whether it makes IBM's stock an attractive buy at current levels.

Getting rid of the old

The spinoff will be "effected through a pro-rata spin-off to IBM shareowners that will be tax-free for U.S. federal income tax purposes." In other words, the shares of the new company will be issued as a special dividend, and shareholders will still own the same amount of shares of the parent company following the transaction.

Altogether, the global technology services business currently consists of infrastructure, related cloud services and technology support. This business accounted for $6.3 billion of IBM's $18.1 billion in revenue during the second quarter of 2020, which was a decline of 8% year over year compared to the company's overall revenue decline of 5.4%. The cloud services portion of the global technology business actually achieved 18% growth, somewhat mitigating the decline in the other segments.

As they say, the bigger they are, the harder they fall; with the overall demand for managed infrastructure services declining, the largest player in the industry is bound to be affected the most.

Amidst years of net divestitures, IBM completed the large-scale acquisition of hybrid cloud provider Red Hat for $190 per share in an all-cash transaction valued at a total of $34 billion on July 9. IBM used a combination of cash and debt that it had issued earlier in the year to fund the transaction.

Separating itself from legacy businesses and acquiring cloud operations shows that IBM has a clear plan for the future: get rid of no-growth businesses and acquire or expand growing businesses. For this purpose, the company has increased its debt in recent years, though the Altman Z-Score of 2.66 and Piotroski F-Score of 5 out of 9 indicate that its financial situation is still stable.

In addition to focusing specifically on high-growth areas, the company's approach also more generally aims to take advantage of specialization. Oftentimes, when a company is hyper-focused on a single industry instead, it avoids scattering management's attention across a range of areas that not everyone on the team has a solid understanding of.

"IBM will focus on its open hybrid cloud platform and AI capabilities," wrote CEO Arvind Krishna in the company's strategic update announcement on Thursday. "NewCo will have greater agility to design, run and modernize the infrastructure of the world's most important organizations. Both companies will be on an improved growth trajectory with greater ability to partner and capture new opportunities – creating value for clients and shareholders."

From these comments, it seems like Krishna and the rest of the management team are expecting the spinoff to be good for the managed infrastructure business as well, potentially allowing it to snap up more market share. However, the focus here is clearly on the cloud business, with any benefits to the legacy business being secondary.

In a spinoff of this type, we might normally expect to see the share prices of the parent company decline following the transaction, since part of its revenue is going to the new entity. However, with the renewed focus on cloud, we could see investors granting IBM a price-earnings ratio that is closer to a high-growth tech stock, in which case we may even see IBM's share price increase following the spinoff.

By the same logic, we could see a selloff of the NewCo shares if enough investors view the transaction as IBM "dumping" a hindrance to growth, which seems a fair enough assumption. IBM says its cloud businesses have a 77% gross margin, so increasing the percentage of cloud operations from the current approximately 31% would result in overall margin growth as well as faster revenue growth.

With a price-earnings ratio of 14.8, which is lower than 82% of other companies operating in the software industry, IBM seems fairly cheap. The low valuation is likely due, in large part, to the declining revenue in many of the company's legacy businesses, as investors tend to be less enthusiastic about a stock that is not posting high growth numbers. The GuruFocus Value chart rates the stock as fairly valued; it is trading only slightly below the estimated intrinsic value of $133.46.

We could see IBM's share price increase following the spinoff, but increased growth numbers could be counteracted in the short term by an overall decline in revenue. IBM has not disclosed how much revenue "managed infrastructure services" brings in each quarter, but considering that the overall global technology services business that it is a part of declined 8% despite the 18% growth in the cloud portion, it is likely to be a lot. Overall cloud revenue represents an estimated 31% of IBM's revenue, and the majority of that is already accounted for in the cloud and cognitive software segment.

All things considered, the split is not likely to increase the value of IBM's businesses in and of itself. Years in the future, the separated businesses could realize positive effects from focusing on their individual areas of expertise. However, the managed infrastructure business also seems likely to continue its decline in revenue. With one in growth and one in decline, the two could very well cancel each other out, especially if many shareholders dump the NewCo shares at unfavorable prices.

Everything hinges on cloud growth here. If IBM can post strong enough cloud growth in the years to come, perhaps even expanding the price-earnings ratio that investors are willing to pay, buying the stock now could turn out to be a great deal. We may also see a better entry price for the stock in the months following the spinoff due to the immediate decrease in revenue, but I do not think the chances of this are high, as investors should be well aware of the spinoff situation and will anticipate better growth in the future.