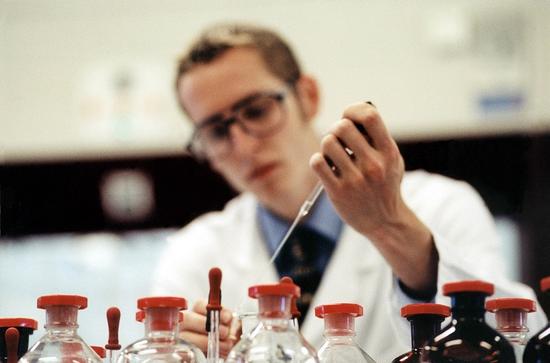 LLY, Financial) announced that it plans to purchase Prevail Therapeutics Inc. (PRVL, Financial), a gene therapy developer, in an all-cash deal that values the acquisition at $1.04 billion, or $22.50 per share, representing an 80% premium to Monday's closing price.

The deal will also include a contingent value right worth $4 per share in cash, to be paid upon regulatory approval of the first product from Prevail's pipeline (the company does not yet have any treatments approved for practical use).

Following the news of the acquisition, Prevail's share price skyrocketed to around $22.76, even higher than what Eli Lilly is paying, as investors sought to take advantage of the enormous gap between Monday's closing price and the value that Eli Lilly set on the stock:

Investors also seem optimistic on how much value the acquisition will add to Eli Lilly, as evidenced by both Prevail's price shooting up above the acquisition price (not including the contingent value right) and the fact that Eli Lilly's own share price edged up to close more than 5% higher over the course of the day's trading:

The advantages of the deal

This deal marks the latest in big pharma's gene therapy acquisitions binge as these older, well-established companies seek new ways to make up for waves of expiring patents and increasing competition in areas of medicine where their drugs once dominated.

Prevail was founded three years ago by OrbiMed Advisors' co-head of private equity, Jonathan Silverstein, aiming to tackle Parkinson's disease (PD) caused by mutations in the glucocerebrosidase (GBA1) gene after Silverstein himself was diagnosed with this disease in 2016.

It now has two therapies in its pipeline - PR001, which has now advanced into phase 1/2 testing for GBA1-positive Parkinson's as well as neuronopathic Gaucher disease, and PR006 for frontotemporal dementia with GRN mutations. The company also has several therapies that are still in the pre-clinical stages, including candidates to potentially treat synucleinopathies, Alzheimer's and amyotrophic lateral sclerosis.

The Prevail deal comes hot on the heels of another gene therapy play by Eli Lilly. Last month, the company paid $135 million upfront for an alliance with Precision BioSciences (DTIL) to develop in vivo gene therapies for three diseases, the first of which will be Duchenne muscular dystrophy.

Eli Lilly seems optimistic on gene therapy as a big driver of growth, especially with the synergies created by adding a high-momentum startup to an established giant.

"Lilly is an established leader in neuroscience drug development and commercialization who shares our commitment to patients with neurodegenerative diseases, and I'm excited for Prevail to join the Lilly family," Asa Abeliovich, M.D., Ph.D., founder and CEO of Prevail, said during the announcement of the deal.

Mark Mintun, M.D., vice president of pain and neurodegeneration research at Lilly, commented, "Gene therapy is a promising approach with the potential to deliver transformative treatments for patients with neurodegenerative diseases such as Parkinson's, Gaucher and dementia… The acquisition of Prevail will bring critical technology and highly skilled teams to complement our existing expertise at Lilly, as we build a new gene therapy program anchored by well-researched assets."

As with most deals in today's market environment, it took less than a day for the market to fully price in the ideal scenario where the merger goes through without issue at the previously stated price and the contingent value right is eventually paid out upon regulatory approval of the first gene therapy from Prevail's pipeline.

This begs the question: Is there any opportunity here left for long-term investors to take a position on Eli Lilly's future growth from the acquisition, or was this only available as a short-term arbitrage opportunity that has already closed?

The answer will likely be in how quickly the Prevail acquisition can become a net profit for Eli Lilly. The first indicator of whether the deal can create long-term value for shareholders will be the contingent value right – will it be paid out soon upon a Prevail therapy being approved, or will it be allowed to lapse?

If it is exercised, those who buy in the $22 range will not only receive an immediate profit, they will also be getting a positive sign of Eli Lilly's future growth. On the other hand, if the contingent value right is allowed to lapse, buying at current levels has a higher probability of resulting in a loss both in the short term and the long term.

The $1.4 billion deal will doubtless be a significant drain on Eli Lilly's finances in the short term. As shown in the chart below, the company has been dramatically increasing its long-term debt in recent years while its cash and cash equivalents have been in decline and short-term debt obligations have remained around the same levels (all numbers are in millions):

It is clear that Eli Lilly is going in the same direction as many large-cap U.S. companies, taking advantage of yield starvation among investors to issue an increasing amount of debt that will only ever be replaced by more debt.

Though it is unclear how many companies will be able to support this structure in the long term without eventually suffering consequences, it is undeniable that at least in the short term, taking on more debt to fund profitable acquisitions will likely help grow the top and bottom lines, thus increasing investor demand for the stock.

As of the writing of this article, Eli Lilly has a cash-debt ratio of 0.22, an interest coverage ratio of 16.58% and an Altman Z-Score of 3.74, indicating financially stable conditions. The $1.4 billion acquisition would give it a cash-debt ratio of 0.13, putting it on shaky ground, though the other numbers can't be calculated until the company's next quarterly SEC filing following the acquisition.

With a financial strength rating of 5 out of 10, a profitability rating of 7 out of 10 and a price-earnings ratio of 26.13 (with is above its 10-year median of 18.57), Eli Lilly doesn't seem too overvalued. The GuruFocus Value chart rates the stock as fairly valued at current price levels.

Going forward, Eli Lilly guides for revenue in the range of $26.5 billion and $28 billion for fiscal 2021 compared to analyst expectations of $26 billion. Both would compare favorably to the $23.7 billion the company is expected to report in full-year 2020. The company is factoring in $1 billion to $2 billion worth of profits from its Covid-19 treatments that have gained emergency approval.

All things considered, it seems that Eli Lilly is aiming to keep its growth momentum going, which should help drive the stock price higher if everything goes well. At the very least, the market is willing to pay a fair price for that momentum in advance.