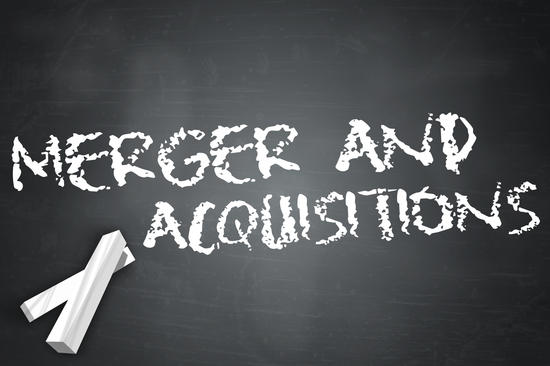 Eli Lilly and Co. (LLY) recently showed its commitment to gene therapy when it signed a deal that could be worth $2.6 billion with Precision BioSciences Inc. (DTIL).

Several other smaller biotechs are developing this technology, which the pharmaceutical industry has identified as a high-growth area. Thus, these newer companies could be good candidates for similar deals or buyouts.

High on the list of gene therapy companies that investors expect to become acquisition targets soon are bluebird bio Inc. (BLUE) and Biomarin Pharmaceutical Inc. (BMRN), according to FierceBiotech.

Among the big pharma players who may be seeking to beef up their gene therapy programs - or already have - are Novartis (NVS), UniQure N.V. (

QURE, Financial), Gilead Sciences Inc. (GILD), Spark Therapeutics, Inc. (ONCE), Bayer AG (BAYN) and Bristol-Myers Squibb Co. (BMY). As this is one of the highest-growth pharma areas, they are undoubtedly shooting to carve out a piece of the large worldwide gene therapy market, which is expected to reach $6.6 billion by 2027, growing at a compound annual rate of 16.6% over the forecast period, according to a new report by Grand View Research, Inc.

Caption: bluebird bio and Biomarin are high on the list of gene therapy acquisition targets

Gene therapy uses genes to treat or prevent disease. It has the potential to enable doctors to treat a disorder by inserting a gene into a patient's cells instead of using drugs or surgery. Medline Plus reported that researchers are currently testing several approaches, including:

The biopharma industry is devoting substantial resources to find innovative ways to correct rare disorders caused by wayward genes. The improvements range from new gene-insertion methods to innovations that allow the therapies to penetrate hard-to-reach tissues in the body.

One of the recent entrants is Generation Bio Co. (GBIO), which went public in June with an offering price of $19 a share, this just six months after raising $110 in venture financing. The stock has traded as high as $55.72 but has been sliding the past month. At just more than $32, Generation a market cap just under $1.5 billion

The company's lead candidates aim to treat two rare blood disorders, but they're only in the early stages of development. Generation is using a unique delivery system; instead of employing a virus to insert a gene correction, the company uses an alternative technology that avoids touching off an immune response - a buildup of antibodies to the virus that would normally prevent a second round of treatment.

Dallas-based Taysha Gene Therapies Inc. (TSHA) was launched in 2019 by an executive team responsible for bringing to market the gene therapy Zolgensma, which is used to treat children under two years old who have spinal muscular atrophy. They set a high bar for the company: find ways to correct genetic nervous system disorders by sending gene therapies directly to the spinal fluid.

The small-cap had its IPO at the end of September, priced at $20 a share, and currently trades in that vicinity. It is in preclinical testing with three therapies for neurodegenerative diseases.