Analysis of a Past Investment Mistake: The Role of Debt 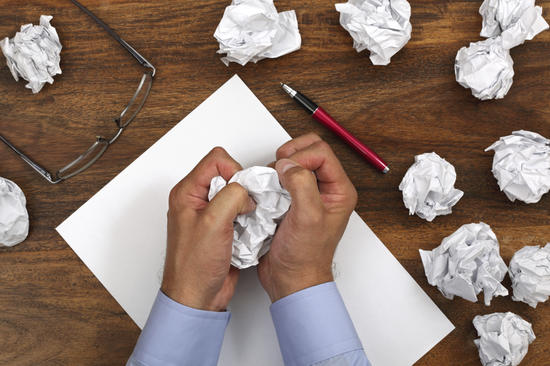 As I've mentioned previously, I've recently been engaged in a complete review of my investment process.

A wonderful company should have, for example, high returns on capital, high margins and no or little debt. Usually, companies having negative net financial debt are considered as "no debt" ones.

While studying great investors investment styles and processes (and possibly borrowing from them some of their practices) is a good approach, recognizing and understanding your mistakes is, on the other hand, equally (if not more) important for your evolution as an investor.

In order to offer a practical example of an investment mistake, I will now explain why I think that investing in Seritage Growth Properties (

SRG, Financial) was a wrong decision (at least, it was such investing at my purchase price). The implications of this mistake have been quite instructive to me, as it revealed some weaknesses in my reasoning process which I'm strongly determined to avoid in the future.

I will not have to use numbers and tables to explain it, as it has not been a matter of wrong calculations or projected cash flows, but, as I will explain better later, it is simply related to the way I analyzed the type and riskiness of future scenarios.

Let's summarize my investment thesis (which you can read in full in my March 2019 article here):

"Seritage is engaged in unlocking the real estate value of its properties by transforming itself from a large stores (mainly Sears) to a diversified multi-tenant (and smaller) shops owner."

As the realized releasing multiple (the ratio between the revenues coming from new rentals and the old Sears ones related to the same property) was consistently hovering at slightly more than 4x, the investment thesis looked pretty simple: just be patient and wait until the company will have quadrupled its revenues.

I can clearly remember me taking coffee and talking with a friend and telling him that absolutely Seritage couldn't fail: the valuable properties were there, the company was clearly adding more SNO (signed not operating) contracts quarter by quarter, and Sears revenues were being replaced by new tenants' ones. In short, it was just a matter of time.

At that times, my only big concern was the fact that Sears was struggling and closing stores at a quite high rate, at least faster than the rate at which Seritage could put "online" the new contracts. Here's what I wrote:

"As a result of the company's 4 times conversion rate, Sears' store closures should be quite welcome to Seritage. While this is true, the REIT still needs Sears-related income to execute its plan. So in order to have a smooth transition to a diversified base of third-party tenants, the closure rate should not be too high."

Even after Sears declared bankruptcy in October 2018, I was still positive on the fact that Seritage could keep replacing Sears-related revenues with those coming from new tenants. Indeed, in February 2019, Eddy Lampert, the former Sears' CEO, acquired it for $5.2 billion through ESL (his investment vehicle).

Additionally, Sears was not allowed to close as many stores as it wanted, but was limited to a precise amount of closures per year, so I anticipated that Seritage could reach breakeven in a "few quarters" (actually, it never did).

Berkshire's loan and the role of debt

While I could have better estimated the risk posed by mostly dealing with a single big and struggling tenant, the problem was that I almost completely ignored the main risk, which was related to debt. What I soon came to realize, and that is now crystal clear to me, is that debt can kill even the best and most precise business analyses (let alone my mediocre one).

Seritage had, at the time of my article, slightly more than $1 billion in net debt. In July 2018, the company announced that they had reached an agreement in which Buffett's Berkshire Hathaway would offer a loan of $2.0 billion to Seritage, comprised $1.6 of initial funding at 7% plus $400 million of additional loan facility at 1% depending on specific conditions.

Moreover, back in December 2015, Buffett had disclosed that he had taken an 8.02% position in Seritage, at a total price of around $70 million. Please note that he invested in Seritage with his own money, not through Berkshire, probably indicating the riskiness of the investment (Buffett is often more careful with Berkshire's money than with his own money).

Another mistake was letting these news points influence my risk analysis. But don't get me wrong: not only do I take full responsibility for my mistake, but I think I also misunderstood Buffett's investment rationale.

Indeed, apart from his tiny 2015 investment which is clearly losing money as of today, Berkshire is a big winner with Seritage, as it's receiving since then more than $100 million per year in interest on the above-mentioned loan.

And, if I think about the real reason to invest in Seritage in 2018 from Berkshire's perspective, it made perfect sense for them: a 7% interest on a $1.6 billion loan is a very good investment, especially because the loan is backed by Seritage's properties value, which, in my opinion, is still today bigger than the invested sum (the loan also contains some covenants that limit the possibility for Seritage to choose which properties to sell). A lender has obviously a much higher priority than a simple common stock shareholder should the company declare bankruptcy.

So Berkshire's investment was a typical "head, I win; tails, I don't lose much" bet, as the company will have collected a 7% interest for five years in case of success, and most probably will get their money back in case of failure.

If we look at how the pandemic hit the retail world, it's not difficult to understand why Seritage is struggling today: the redevelopment pipeline is slowing down due to languishing revenues and a smaller amount of SNO revenues coming online (new signed contracts are also on the decline).

Debt must be paid anyway, but that's quite difficult to do when your FFO (Funds From Operations) is negative. In order to compensate for that, Seritage recently started to increment its property selling activities, but of course they will not always be able to sell vacant properties as they did in the past, so this is going to impact rental revenues.

Last but not least, a few weeks ago Benjamin W. Schall, the CEO, announced that he will step down in January 2021. Shall was preceded by Brian R. Dickman, Seritage's Chief Financial Officer, who announced his departure in November 2020.

This is clearly a very bad sign, as they have been not only leading Seritage's transformation since the beginning, but are supposed to be the most convincing stewards of shareholder's capital.

There are several reasons why we fall in love with an investment thesis: it can be its (apparent) simplicity, the fact that an investor we admire has a stake in the company (as mentioned above, we should be careful to fully understand the dynamics of his/her investment), or a misjudgment of the real scenarios and its related risks.

All the above mentioned reasons can fool us up to a point in which we fail to correctly estimate risk.

If there hadn't been a pandemic last year, Seritage could probably have managed to breakeven and continue to execute its plan. But does this mean that the risk was not there? Of course not. As

We can't precisely estimate all kind of risks, but debt can increase both the number of failing scenarios and their impact on your investment. That's why I will be much more careful in the future to make sure thoroughly checking the companies of my candidate list before they actually enter my portfolio.

I learned this lesson the hard way, but I'm grateful for it: my investment gain will be smaller this year because of Seritage, but I'm sure I got more value in learning from this mistake compared to what I lose.