The EV maker fell short of its annual delivery target 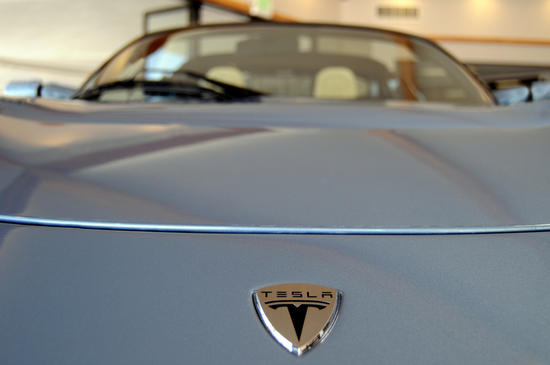 TSLA, Financial) released its fourth-quarter and full-year 2020 sales report on Jan. 2. The electric carmaker delivered as many as 180,570 vehicles. The company also noted the fourth quarter was the best ever compared to any other previous quarters in terms of volume sold. Wall Street had anticipated 174,000 deliveries.

As for full-year 2020, the company sold 499,550 vehicles (up 36% from 2019), which was slightly below its own guidance of half a million vehicles. Despite the coronavirus pandemic and the resulting temporary shutdown of its factories, CEO and founder Elon Musk, at an annual shareholder meeting held earlier this year, said it would meet the sales target of 5,00,000 units.

The company further broke down the numbers into a combined 161,650 units of Model 3 and Model Y deliveries in the fourth quarter. For the full year, the company sold a combined 442,511 Model 3s and Ys.

Although Tesla issued its quarterly and full-year press release, the report lacked key information like region-wise production and delivery numbers.

GM, Financial) and Volkswagon (XTER:VOW3) produce and sell millions of gasoline-powered cars and trucks every year. These carmakers are also reinforcing their footing in the EV car market and are slated to roll out dozens of battery-powered vehicles in the coming years. Tesla's sales volume, on the other hand, is small compared to these stalwarts.

F, Financial) has also begun delivering the electric crossover Mustang Mach-E. In addition, Rivian, a U.S. auto startup said, starting next summer, it will sell an electric pickup truck and an SUV. Various other domestic automakers will follow suit. Therefore, challenges lie ahead for Tesla.

In order to help increase its production and sales, Tesla said it is building new manufacturing units in Austin, Texas and Brandenburg, Germany. Both the vehicle assembly plants are projected to commence production later this year and are expected to hit full capacity in a year or two. The factory in Texas will be dedicated to the production of pickup trucks.

Tesla said it would strive to achieve its $20 million annual sales target over the next 10 years. The company plans to sell an EV car priced at $25,000 by 2023, which could mean it is game over for gasoline-powered cars.