The billionaire investor has been buying into the SPAC boom 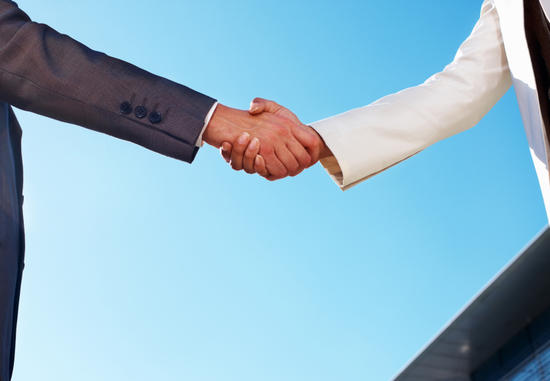 The latest 13F for

Every U.S.-based hedge fund with more than $100 million of assets under management has to file a quarterly report with the SEC known as the 13F.

For those unfamiliar with this report, it provides information on the investment manager's equity holdings, and the publication of these reports has become a notable event in the financial calendar. They provide a snapshot into the secretive hedge fund world, offering investors insight on the equities the best and brightest in the business are currently holding. Combing through these quarterly filings can throw up some interesting ideas.

However, the 13F reports should only ever be used as a starting point for further research, as they are a backward-looking tool, and they don't explain why the manager acquired the holding.

SPAC's are vehicles that have attracted plenty of attention and criticism in recent months due to their rise in popularity of traditional direct-to-market public offerrings (IPO's). SPAC sponsors have rushed to issue a range of new companies over the past 12 months, generating enormous profits for themselves in the process. As of yet, it's unclear if shareholders will ever be able to achieve the same kind of profits.

SPAC's do have a relatively bad reputation on this front. Over the past decade, many companies that have decided to go public via this route have struggled. Essentially, the SPAC, or blank-check company, exists for the sole purpose of acquiring another company, as it has no operations of its own and exists only to profit the managers and (potentially) the shareholders of the SPAC. In exchange for handing over the management of their companies, the owners of an SPAC's acquisition get a guaranteed amount of income rather than the uncertainty of an IPO, though this often results in a premium valuation that the company has trouble living up to.

Klarman isn't a new SPAC investor. Analysis shows that he has been active in this space for many years. That suggests he knows what he's looking for in a SPAC.

Notably, none of the positions he acquired recently were substantial. His SPAC positions never usually are. Klarman rarely builds a position in an unproven business that's more than 1% of Baupost's equity portfolio. The equity portfolio itself only accounts for around a third of total assets under management.

PSTH, Financial). This was the fund's sixth-biggest position at the end of September with a 4.3% weight in the equity portfolio.

There were four other SPACs with weights of less than 0.6% in the portfolio at the end of September. These were RedBall Acquisition Corp. (

RedBall was the largest position at the end of the third quarter. The SPAC raised $575 million in its IPO, intending to make an acquisition in the sports market.

Billy Beane, who gained fame for his data-driven "Moneyball" approach as the general manager of Major League Baseball's A's, is co-chairman. RedBall has 24 months to find an acquisition or return the IPO cash to investors.

The other SPAC with an interesting story in Baupost's portfolio is Vesper Healthcare. Vesper's CEO Brent Saunders formerly managed Allergan, which his generics firm Actavis acquired in 2014. Before that, he managed eyecare specialist company Bausch + Lomb before its acquisition by Valeant in 2013. In other words, this appears to be an extremely experienced manager who knows his sector.

Based on both of these examples, I'd hazard a guess that Klarman is betting on these managers for their reputations, as there is not much else to go on with these blank-check empty shells companies.