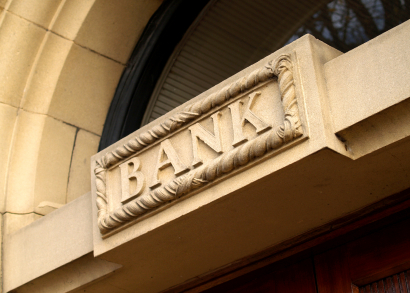 While bank stocks can hardly be said to have had a bad year in 2020, they did lag much of the rest of the market. However, they ended the year strong thanks in no small part to the Federal Reserve. On Dec. 18, the central bank announced the banking sector's clean bill of financial health following the latest round of stress tests.

The Fed has given banks the green light to loosen up from their defensive crouch. Consequently, bank stocks may be poised to enjoy a strong first quarter.

Buybacks back on the menu

The Fed's Dec. 18 comments on the state of the banking sector did more than affirm the central bank's confidence in the overall health of the industry. It also officially cleared the way for banks to recommence stock buybacks, as Benzinga reported the day after the announcement:

"The decision was part of the Fed's stress-testing of banks amid the economic uncertainty of the pandemic. The board, seeing healthy capital reserves among the banks, passed the 33 firms it tested while also allowing them to restart limited share repurchasing. Such purchases had been paused earlier in the pandemic."

Investor optimism, buoyed by the Fed's decision, helped to lift bank stocks in the final days of 2020. On Dec. 21, the first trading session following the Fed's Friday announcement, bank stocks climbed across the board despite broader market weakness.

Several banks were quick to take the Fed up on its offer. On Dec. 18, JPMorgan Chase & Co. (

JPM, Financial) announced that its board had approved up to $30 billion in repurchases. However, remaining Fed-imposed limits will likely prevent JPMorgan from buying back that much stock in 2021. Even with such restrictions still in effect, banks will be able to indulge in extensive buybacks. Still, buybacks by the nation's six largest banks could approach $11 billion in the first quarter alone, according to Bloomberg.

Unsurprisingly, Wall Street analysts considered a buyback restart to be a positive catalyst for bank stocks. On Dec. 21, Erika Najarian, an analyst at Bank of America Corp. (

BAC, Financial) observed that JPMorgan's announcement was likely just the beginning, as other banks were bound to follow suit in short order.

Sure enough, a raft of other banks have since announced renewed buyback plans, including Goldman Sachs (

GS, Financial), a trend that has continued into the new year.

Bank stock rally may have legs

Bank stocks have continued to bubble up on the back of buyback hopes. Investors who lacked exposure to the banking sector during the recent rally may not have missed the boat entirely, however. On Jan. 4, Barclays (LSE:BARC) offered its latest update on bank stocks. According to a team of analysts led by Jason Goldberg, the Fed's relaxation of capital restrictions should give banks' growth prospects a sustained boost:

"Following an expected 30%-plus decline in EPS at the median bank in 2020, we believe over 50% growth is possible over the next two years."

Barclays expects banks' earnings to rebound significantly in 2021 despite the Fed's plans to keep interest rates near zero. According to Barclays, reduced loan loss provisions will be the key driver of earnings growth. The analysts also believe that banks, having returned to a growth footing, will see earnings multiple expansion driven by growing tangible book values.

While most banks should be set to benefit from these sector-wide tailwinds, Barclays singled out three names as particularly strong investment candidates worthy of an upgrade to an "overweight" rating:

According to Barclays, these banks are well positioned to thrive in the 2021 market environment. With strong balance sheets and plenty of cash to fund buybacks, they do indeed look quite strong.

Overall, there is little in Barclays' banking industry forecast with which I would take issue. Banks are clearly in a much stronger financial position than they were during the Great Financial Crisis more than a decade ago. Moreover, the Barclays analysts are fully cognizant of the threats to their thesis, including the potential resurgence of the coronavirus pandemic and the risk of renewed political interference by a more regulation-minded Biden administration.

In my view, the Fed's decision to hold interest rates at or near zero for the foreseeable future will undoubtedly weigh on banks' profitability to a degree. Even so, it is my assessment that their robust balance sheets will provide sufficient protection from potential macroeconomic shocks in 2021, while solid profitability will continue to undergird their performance. Consequently, I see large bank stocks, including Morgan Stanley and Goldman Sachs, as fairly compelling investment prospects in the first half of the year.