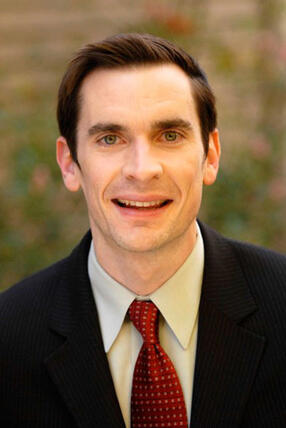 GuruFocus had the pleasure of hosting a presentation with Patrick Brennan, the founder and portfolio manager of Brennan Asset Management LLC.

Brennan Asset Management LLC (BAM) is a registered investment advisory firm based in Napa, California, which utilizes a concentrated value investing strategy. BAM manages separate accounts and is the subadviser for the Oceancross Capital Partners Fund. Brennan has given presentations at multiple value investing conferences, including presentations to The New York Society of Security Analysts, The Nebraska Society of Securities Analysts and presentations on various names at the VALUEx Vail Conferences. Brennan co-authored an article on tracking stocks with Lawrence Cunningham for The Financial History Magazine and was featured in a write-up of Liberty Latin America in The Private Investment Brief. Prior to founding Brennan Asset Management, Brennan managed portfolios and led research efforts at two value investing firms in California: Hutchinson Capital Management and RBO & Co.

Brennan started his presentation with a brief overview of his background and how he came to found his own firm. He explained that he found himself frustrated while working as an analyst because he was unable to freely explore all opportunities. His time working on the buy side at other firms allowed him to develop a familiarity with media and telecom companies that he carries on to present day.

His own firm takes what they call an all-cap strategy and creates a focused portfolio of 10 to 15 companies. Within these, the top 10 names in the portfolio generally make up approximately 90% of the portfolio. Generally, Brennan expects a three- to five-year minimum holding period that can be extended indefinitely.

His investments tend to focus on businesses with owners deeply involved and the occasional spinoffs or thrift conversions. He seeks to underwrite investments with an internal rate of return between 15% and 20% on base-case scenarios over his three- to five-year holding period.

Brennan believes that research ideas can come from almost anywhere and he explained that he truly takes joy in seeking new investment opportunities. He said that he would be doing this type of research even if it was not his job.

On a step by step basis, Brennan explained that he always starts his research process by looking at a company's financial documents. From there, he works to examine any potential competitors to that company to see if a better investment can be made elsewhere. He then constructs a financial model to look at the upside or downside of an investment and contacts the company with any questions he may have.

His last few steps feature a summary of his investment and an "apology letter" to himself imagining that the investment did not go well in the future. Brennan explained that no investor is able to fully predict the future. At one point or another an investment could go bad and writing down his justifications for an investment beforehand lets him avoid getting mad in hindsight.

The last part of Brennan's presentation before jumping into stock examples took a look at the performance of value versus growth over time, where he explained that growth has been doing much better based upon market indicators. Additionally, he showed several charts that showed how the U.S. market has fared much better than the rest of the world over the last decade.

With a background and knowledge base in telecom and media, Brennan chose to focus his stock selections on Liberty Broadband Corp. (

LBRDK, Financial) and Liberty Latin America Ltd. (LILAK, Financial). He explained several different factors that have beaten down the Latin America market and how there is large upside potential in the region.

KW, Financial). He looked specifically at what the company has been doing in Ireland and how there has been a major housing shortage. In a chart, he highlighted how many companies are severely behind the demand for housing and how demand is expected to continue to rise moving into the future.

Questions from the audience took a targeted look at several of the companies that Brennan mentioned during his presentation. The first question asked for his opinion on the growth of many of the streaming alternatives to cable that have emerged in the market in recent years.

Brennan explained that cable margins are generally around 90% due to the company being able to take revenue and allocate wherever necessary. Many cable companies are able to choose exactly what content to feature, which allows them to pick the most profitable content for each package. As more content becomes available, they are able to further expand their profits.

Another interesting aspect that Brennan examined was the likelihood of a customer to call in with issues regarding service. If said customer sees an issue, they are more likely to call in to resolve the issue and then cable providers have a much higher chance to enact customer retention measures.

Brennan was also asked if he shares the view that the current market has reached a bubble. He explained that many of the top businesses in the S&P 500 are some of the best businesses ever created. They have reached pricing proportions that seem extreme. At the same time, he is able to find very stable businesses that are trading at accessible levels for many people.

Ending things off, Brennan responded to a question with advice for those looking to develop their own investing style and process. He explained that one of the hardest things to do that will ultimately pay off is to write down your thought process and justifications on any investment. As time goes on, you will eventually learn from your mistakes and avoid criticizing investments in hindsight. Ultimately, your decision process will develop and you will become a better investor.