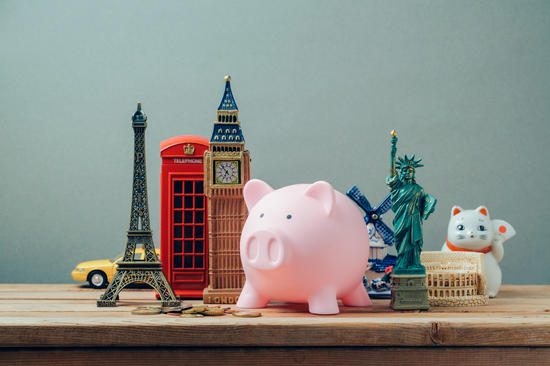 Causeway International Value (Trades, Portfolio) Fund recently disclosed its portfolio updates for the fourth quarter of 2020, which ended on Dec. 31.

Sarah Ketterer (Trades, Portfolio)'s Causeway Capital Management. The portfolio managers of the Los Angeles-based fund utilize a bottom-up, research-based investing strategy to identify value opportunities from among mid-cap and large-cap companies mainly in developed international markets, though it may invest up to 15% of total assets in emerging markets. The fund's strategy also prefers companies that return cash to shareholders through dividends or repurchases.

Based on its investing criteria, the fund's top buys for the quarter were Rolls-Royce Holdings PLC (

The fund boosted its Rolls-Royce Holdings (

Rolls-Royce Holdings is a British holding company that owns operations in aerospace and defense, as well as engineering power and propulsion systems. It should be noted that the namesake luxury automaker Rolls-Royce Motor Cars was sold to Bayerische Motoren Werke AG (BSE:BMW), also known as BMW, in 1998.

On March 1, shares of Rolls-Royce Holdings traded around 1.08 pounds for a market cap of 13.55 billion pounds. According to the GuruFocus Value chart, the stock is a possible value trap, as the price is too far below the intrinsic value estimate.

The fund established a new position worth 283,859 shares in Pernod Ricard (

Headquartered in Paris, Pernod Ricard is a premium alcoholic beverages company whose signature products, Pernod Anise and Ricard Pastis, are both "pastis aperitifs," which are anise-flavored spirits with less than 100 g/l sugar and 40% to 45% ABV (alcohol by volume).

On March 1, shares of Pernod Ricard traded around 157.35 euros for a market cap of 41.05 billion euros. According to the GF Value chart, the stock is modestly overvalued.

The company has a financial strength rating of 4 out of 10 and a profitability rating of 7 out of 10. While the Altman Z-Score of 2.45 indicates potential financial distress, the Piotroski F-Score of 5 out of 9 is typical of a financially stable company. The return on invested capital is typically higher than the weighted average cost of capital, meaning the company is creating value for shareholders.

Deutsche Post is a German multinational package delivery and supply chain management company with headquarters in Bonn, Germany. It is the largest courier company in the world, offering international postal services to European business customers for letters and lightweight goods.

On March 1, shares of Deutsche Post traded around 41.06 euros for a market cap of 51.20 billion euros. According to the GF Value chart, the stock is modestly overvalued.

LSE:AV., Financial), impacting the equity portfolio by -1.52%. Shares traded for an average price of 3.06 pounds during the quarter.

Aviva is a London-based British insurance company that sells insurance policies to about 33 million customers in 16 countries. In its home country, it is the largest general insurer and a leading provider of life insurance and pensions.

On March 1, shares of Aviva traded around 3.62 pounds for a market cap of 14.22 billion pounds. According to the GF Value chart, the stock is a possible value trap, as the price is too far below the intrinsic value estimate.

Causeway International Value (Trades, Portfolio) Fund established three new positions during the quarter, sold out of 10 positions and added to or reduced several other holdings for a turnover of 12%. As of the quarter's end, the equity portfolio consisted of 57 common stock holdings valued at a total of $5.52 billion.

The top holdings were Volkswagen AG (

XTER:VOW3, Financial) with a 4.17% portfolio weight, Samsung Electronics Co. Ltd. (XKRX:005930) with 3.85% and Rolls-Royce with 3.70%. In terms of sector weighting, the fund was most invested in industrials and financial services, followed by technology and health care.