The 5 Most-Sold Guru Stocks of the 4th Quarter 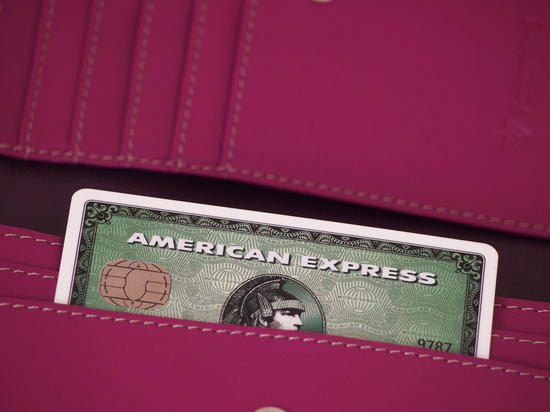 The fourth quarter ended Dec. 31 marked the third consecutive quarter of the latest bull run for U.S. stock markets, with the major indexes reaching new unprecedented highs. The S&P 500 surpassed 3,700 for the first time in history during this period, the Nasdaq rocketed above 12,800 and the Dow Jones Industrial Average surpassed its pre-Covid highs.

The U.S. stock market continues to be valued far higher than what the country's collective businesses are currently worth. The Buffett Indicator, which is the ratio of total market cap to gross domestic product, stands at 187.2% as of March 5, indicating that the U.S. stock market is significantly overvalued. This metric is named after

Warren Buffett (Trades, Portfolio), who famously called it "probably the best single measure of where valuations stand at any given moment."

Due to the unprecedented intervention of the Federal Reserve to keep stock prices high, GuruFocus now includes in this chart the total assets that the Fed has poured toward propping up stock prices. With Fed support factored in, the valuation ratio of the Buffett Indicator stands at 138.4%, which is still overvalued but not by quite as much. It should be noted that Fed support disproportionately benefits the nation's largest companies.

In the midst of this overvalued market, there are some stocks that gurus are selling at a faster rate than others, either to take some profits on abnormally high prices or to cut their losses on a name that is expected to underperform. According to GuruFocus' Hot Picks, a feature which allows investors to screen for the stocks that had the most guru buys or sells over a specific time frame, the five stocks that gurus were selling the most during the fourth quarter (as determined by net sells) were American Express Co. (

AXP, Financial) is a financial services company headquartered in New York City. It is one of the largest and most well-known providers of credit cards, charge cards, gift cards and other financial payment products for consumers and merchants in the U.S.

During the quarter, three gurus bought shares of American Express while 17 sold the stock, resulting in 14 net sells. At the quarter's end, the stock was held by 26 gurus.

American Express had a rough 2020, with fourth-quarter results missing on the revenue front even as they beat analyst estimates of earnings per share. Revenue showed sharp year-over-year declines in the customer service, commercial services and merchant and network services segments. American Express now guides to hit its original 2020 guidance by 2022.

During the quarter, seven gurus bought Class B shares of Berkshire Hathaway while 20 sold the stock, resulting in 13 net sells. At the quarter's end, the stock was held by 33 gurus.

Barrow, Hanley, Mewhinney & Strauss sold 79.39% of its shares, while Greenblatt's firm reduced its holding by 13.55% and

With U.S. stocks continuing their record bull run, the Oracle of Omaha has found it practically impossible to track down a large enough bargain to sizably affect Berkshire's results. This has frustrated many of the conglomerate's investors, who see stock prices (especially in tech) skyrocketing and wish the value investor would aim for returns of that magnitude.

In terms of Berkshire's operating business, energy, railroad and insurance weathered the pandemic fairly well, while the manufacturing, service and retail businesses took a hit. Due to its equity portfolio, it is extremely difficult and unreliable for analysts to estimate what the conglomerate's earnings will be.

PYPL, Financial) is a worldwide online payments system operator that increases the flexibility, accessibility and security of various methods of electronic transactions. Users can more safely and easily make online payments, receive money or set up a merchant account.

During the quarter, five gurus bought shares of PayPal while 18 sold the stock, resulting in 13 net sells. At the quarter's end, the stock was held by 24 gurus.

PayPal is still one of the world's largest digital platforms that provides money transfer services. However, its stock price has more than doubled since the early 2020 market crash, and many investors are wary of its new cryptocurrency trading service, which allows clients to buy and sell bitcoin. While some believe the rise of cryptocurrencies is inevitable, others are not so sure, seeing it as a risky bet for a payment platform to throw in its lot with such a volatile asset.

Regardless of whether its stock price faces volatility due to bitcoin or overvaluation, analysts are expecting PayPal's revenue to increase to $30.80 billion for 2022, up from $21.45 billion in 2020. Earnings per share are expected to rise to $4.01 from $3.54.

A New Jersey-based company that is more than a century old, Johnson & Johnson (

JNJ, Financial) develops and sells a range of medical devices and pharmaceuticals as well as consumer packaged goods related to personal care and hygiene.

During the quarter, four gurus bought shares of Johnson & Johnson while 17 sold the stock, resulting in 13 net sells. At the quarter's end, the stock was owned by 28 gurus.

Stahl's firm sold 18.27% of its investment in the company, while

Despite being a "Dividend King," meaning the company has raised its dividend in at least 50 straight years, Johnson & Johnson has been affected by weak overall growth and legal troubles over the past decade. The stability provided by its wide range of products and geographies means the company would have to do something extraordinary to move the needle to any great degree. Due to lack of optimism on the company's potential as a high-growth play, investors were lukewarm on the stock in 2020. The year also ended before the company gained approval for its single-shot Covid-19 vaccine.

FDX, Financial) is a multinational delivery service based in Memphis, Tennessee. In the U.S., it is the go-to company when it comes to fast shipping for individuals and small online businesses. Its stores also have printing services, where customers can print posters, flyers, presentations, etc. in high quality.

During the quarter, six gurus bough shares of FedEx while 18 sold the stock, resulting in 12 net sells. At the quarter's end, the stock was held by 19 gurus.

In 2020, FedEx undeniably fell into the category of "pandemic stocks" as demand for the services of the for-profit delivery company skyrocketed. The share price had an even more dramatic increase on anticipation of this success. However, unlike pandemic stocks that fall into the tech category, FedEx doesn't have such a clear path to growth post-Covid. As people become less wary of being in public places for extended periods of time, the demand for e-commerce and delivery is expected to go down as well, putting FedEx back on its previous growth path.

While this might have an outsized effect on the stock price, analysts are still expecting the company to increase its top and bottom lines. Revenue is predicted to be $84.50 billion in fiscal 2022 versus $69.21 billion in fiscal 2020, with earnings per share expected to rise to $18.85 from $4.90.