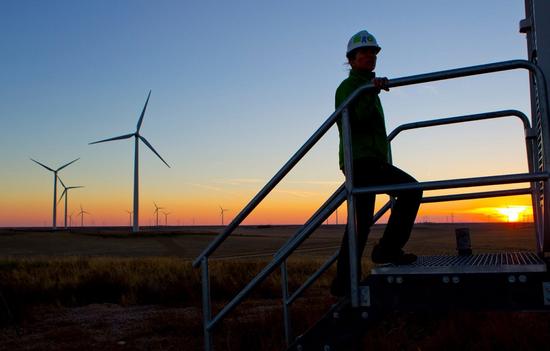 In his 2020 letter to shareholders of Berkshire Hathaway (

BRK.A, Financial) (BRK.B, Financial), Warren Buffett (Trades, Portfolio) outlined the "four jewels" of the group. The largest of these was the property/casualty insurance business. The second, third and fourth-largest assets were as follows:

"Our second and third most valuable assets it's pretty much a toss-up at this point are Berkshire's 100% ownership of BNSF, America's largest railroad measured by freight volume, and our 5.4% ownership of Apple. And in the fourth spot is our 91% ownership of Berkshire Hathaway Energy (BHE). What we have here is a very unusual utility business, whose annual earnings have grown from $122 million to $3.4 billion during our 21 years of ownership."

I think BHE is a real underrated star of the Berkshire empire. It's often overlooked by investors and analysts who like to concentrate on Berkshire's equity holdings instead.

In some respects, the energy business's growth rate has actually surpassed that of many S&P 500 businesses over the past decade. I calculate its earnings have grown at a compound annual rate of more than 17% over the past two decades.

The secret to the company's success is reinvestment. Most public utility companies follow a single model. They charge customers as much as they are legally allowed to, reinvest a relatively modest amount of profits, and return the rest to investors. They borrow heavily to fund capital investments (and only when they're past the point of being necessary) rather than digging into profit reserves.

Not many companies outside the utility sector tend to follow this sort of strategy. The mentality of returning as much money as possible to investors has become ingrained in utility managers' mindsets. Investors have always looked to utilities to provide a steady income stream. Advisers recommend these sorts of companies for investors that are seeking low-risk portfolios.

Therefore, the companies have become what investors want them to be, a bond-like proxy. This would be virtually impossible if the industry was not both regulated and privatized in such a terrible model. Despite being "regulated," utilities can get away with poor service levels and under-investment because customers don't usually have any other choice. The regulation that is given is insufficient to ensure quality, while the privatization is also structured in such a way as to ensure that cutting corners is the rule.

However, BHE has taken a different approach. The company has focused on being as good as it can be to attract customers and not relying on the existing framework. As a result, customers and the company have benefited. As Buffett described in his 2019 annual report:

"When Berkshire entered the utility business in 2000, purchasing 76% of BHE, the company's residential customers in Iowa paid an average of 8.8 cents per kilowatt-hour (kWh). Prices for residential customers have since risen less than 1% a year, and we have promised that there will be no base rate price increases through 2028. In contrast, here's what is happening at the other large investor-owned Iowa utility: Last year, the rates it charged its residential customers were 61% higher than BHE's. Recently, that utility received a rate increase that will widen the gap to 70%."

By reinvesting profits, BHE's growth has accelerated. It has invested tens of billions of dollars in renewable energy projects, becoming one of the country's largest renewables businesses in the process.

Berkshire has been investing for the future by retaining earnings, and this has put the company at the forefront of the green revolution in the U.S. Far from missing out on the green energy revolution, Buffett is one of the largest green energy investors in the country.

"BHE has never paid Berkshire Hathaway a dividend since our purchase and has, as the years have passed, retained $28 billion of earnings. That pattern is an outlier in the world of utilities, whose companies customarily pay big dividends sometimes reaching, or even exceeding, 80% of earnings. Our view: The more we can invest, the more we like it."

Rupert is a committed value investor and regularly writes and invests following the principles set out by Benjamin Graham. He is the editor and co-owner of Hidden Value Stocks, a quarterly investment newsletter aimed at institutional investors. Rupert holds qualifications from the Chartered Institute for Securities & Investment and the CFA Society of the UK. He covers everything value investing for ValueWalk and other sites on a freelance basis.
Visit Rupert Hargreaves's Website