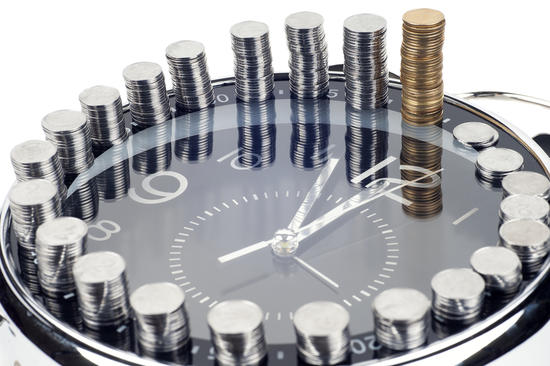 Investors looking for income can be hard-pressed to find places to invest their money these days. The average yield of the S&P 500 is just 1.5%. Bonds aren't much better as the 10-year Treasury yields just 1.625% as of Friday's close.

There are pockets of the market that offer substantially higher yields. One of my favorite places to look for yield is the utility sector. In this article, we will examine three names in the utility sector offering yields that are at least double that of both the S&P 500 index and bonds.

Following a 2.1% increase for the Sept. 16, 2020 payment, Duke has raised its dividend for 16 consecutive years. The dividend has a compound annual growth rate of 2.5% over the last decade as Duke typically grows its dividend at a slow pace. The stock makes up for this slow growth by offering a 4.2% dividend yield.

The annualized dividend amounts to $3.86. According to analysts surveyed by Yahoo Finance, Duke is expected to earn $5.19 in 2021, giving the stock a projected payout ratio of 74%. This is high, even for a utility, but it is below the stock's average payout ratio of 79% over the last decade. The high payout ratio surely explains the lackluster dividend growth that shareholders are accustomed to.

Duke has a GF Value of $84.10, which results in a price-to-GF-Value ratio of 1.09. GuruFocus rates shares as fairly valued. Shares would have to fall 8% to reach the GF Value.

Duke has a large customer base and has operations in states that are seeing higher population growth (particularly in Florida and North Carolina). This should allow the company to continue to grow its dividend. Although dividend growth has been anemic, the high yield looks to be very stable. Shares are cheap compared to their historical valuation, but trade ahead of their intrinsic value. Even so, the high yield should be attractive to income seeking investors.

EXC, Financial) is a utility services holding company with operations throughout the lower 48 U.S. states, District of Columbia and Canada. Some of the more well-known subsidiaries include Atlantic City Electric, Baltimore Gas & Electric, Delmarva Power and PECO Energy. Exelon has 8.9 million electric and 1.3 million gas customers. The company also has a large nuclear fleet capable of producing more than 44,000 gigawatt-hours of output of power each quarter. Exelon is valued at $41.6 billion and produced revenue of $33 billion last year.

The company cut its dividend 2013 and 2014 as it focused on paying off debt associated with a variety of mergers and acquisitions. Shareholders began to see dividend growth again in 2016. The stock's five-year compound annual growth rate is 4%.

Exelon's dividend growth streak stands at five years, but the last distribution, a 5.5% increase, was for the March 10, 2020 payment. The company has maintained the same dividend for five consecutive quarters. A dividend increase anytime in 2021 will maintain the company's growth streak.

The annualized dividend of $1.53 gives the stock a yield of 3.6%. Exelon is expected to earn $2.81 this year for a payout ratio of just over 54%. Excluding 2012, when earnings per share suffered a drastic decline, Exelon has an average payout ratio of 56% over the last 10 years.

Exelon trades at $42.59, giving the stock a forward price-earnings ratio of 15.2 based of analysts' estimates for the year. This is almost identical to the average earnings multiple that the stock has traded with since 2011.

Shares also trade nearly in line with their intrinsic value.

Exelon has a GF Value of $41.31, which equates to a price-to-GF-Value ratio of 1.03. Exelon is rated as fairly valued. The stock would have to decline 3% to match the GF Value.

A dividend cut is never welcomed by investors, but Exelon appears to want to keep its distributions to about half of earnings per share. This is a lower payout ratio than most other utility companies. There is likely more uncertainty with regards to the company's dividend going forward given its past willingness to cut distributions and the lack of an increase for the most recent payment. Therefore, Exelon might be better left to investors who aren't as risk adverse.

National Grid is headquartered in the United Kingdom, so dividend growth for U.S. shareholders has varied over the years due to currency exchange rates. In fact, dividends of $3.14 for 2020 were actually lower than dividends received a decade prior. With currency fluctuations, projecting the future amounts of dividends is a difficult exercise. On the other hand, shares yield 5.3%, which helps to offset the lack of growth. The company also pays two semi-annual dividends; typically the first is paid in January with a much larger payment taking place in August.

Using last year's dividend total and expected earnings per share of $3.93, National Grid's payout ratio is 80%. This is actually at the very low end of the payout ratio for the 2011 to 2020 period of time. The average payout ratio since 2011 is 84%.

National Grid closed the most recent trading session at $58.92, good for a forward price-earnings ratio of 15. Historically, the stock's valuation has varied greatly from year-to-year, mostly due once again to currency exchange. The average price-earnings ratio is 16 for the last decade.

Shares are also below their GF Value at the moment.

National Grid is assigned a GF Value of $60.02, resulting in a price-to-GF-Value ratio of 0.98. Shares are rated as fairly valued, but do offer 1.9% upside potential. Combined with the dividend yield, investors could see a total return in the mid-single-digit range.

National Grid may not be the most attractive investment option, but shares do offer more of a potential return than the other names discussed in this article. Investors looking for dividend growth will likely be disappointed by the company, but the high yield and diversified business operations are attractive characteristics of National Grid.

Many investors hold utility stocks for the income they provide. Those who are depending on dividends to fund retirement could find Duke Energy, Exelon Corporation and National Grid solid investing options as all three stocks provide a yield that is at least twice that of the S&P 500 and the 10-year Treasury bond.

Each utility discussed in this article also offers something different for investors. Duke is concentrated in areas seeing population growth, Exelon has operations in almost every state and National Grid has an international component to its business.

Investors may not see much in the way of dividend growth from these names, but those seeking safe and reliable income could do well owning any of these stocks, in my view.