The Top Holdings of the Decade's Top-Performing Gurus

Over the past 10 years, these funds have recorded market-leading returns with the help of these stocks 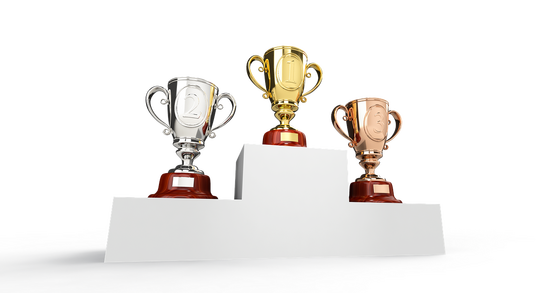 While it is never a good idea to simply invest in what famous investors have in their portfolios (at least not without conducting your own due diligence), it can provide a valuable starting point for further research. After all, the success of these fund managers is due to skill and research just as much as luck.

According to the GuruFocus Scoreboard, which tracks the fund performance of gurus based on their 13F filings, the firms with the highest average annual returns over the past decade were

The top three holdings of each of these firms as of the end of the fourth quarter of 2020 are listed in the table below:

Some of the names in the above table are the usual suspects that investors expect to see in the holdings of all fund managers. Even if they didn't get in on names like Amazon, Apple and Microsoft in their early stages, most funds were sure to add at least a nominal holding in these stocks over the past few decades.

One thing that these companies have in common is that they achieved innovative success in markets that were new at the time of their founding. Not many top funds hopped on these trains at the very outset, as no one was yet sure which of the new competitors would prevail.

Although there is an inherent survivorship bias with companies like Amazon that went on to grab the majority of the market share in their industry, they continued to gain investors as they grew and cemented their leadership positions.

Tesla could also fall into this category. While it was certainly not the first or only company of its kind, it has been the most successful, and it is probably the first brand name most Americans think of when it comes to luxury electric vehicles. Much like with the likes of Apple, grabbing a strong leadership position when the industry is still young gives the company a distinct advantage to compound on its success up to this point. However, some investors remain wary of Tesla out of volatility concerns, as the company's CEO Elon Musk has been known to exaggerate things and take an active stance toward keeping the stock price trending strongly upward.

Visa and Mastercard are also commonly owned stocks among investment firms, as they have long been dominant players in the U.S.-based payments processing industry. These companies have benefited from the strong tailwind of economic growth; the more (and more often) people buy things, the larger the size of the market that payments processing companies are able to access, and industry-leading names have the advantage as they are accepted at more venues. This has resulted in steady stock price growth.

The names on the list that investors may not be as familiar with in terms of "which stocks have been the most successful" include CoStar Group, IDEXX Laboratories, Sea Ltd., American Tower and Moody's.

Bond credit rating company Moody's, for example, often sees is history of strong share price returns overshadowed by its credit rating services among the investor community. When most people think of Moody's, they think of things such as credit ratings, research and analysis geared toward determining the quality of other investments. However, the company itself has supplied stellar returns to shareholders of its common stock.

American Tower can sometimes fly under the radar due to not being particularly flashy, but its operations as a real estate investment trust owning communications infrastructure made it a winner as more people adopted the use of cell phones, then smartphones, then steadily increased use time of their smartphones.

Sea, a leading internet platform in Southeast Asia and Taiwan, may be a relative unknown to U.S.-focused investors, but it has already established a dominant market position in many fast-growing regions of Asia, providing a strong runway for growth.

Commercial property company CoStar Group provides information, analytics and marketing services to the commercial property companies primarily in the U.S., with a presence in Canada, the United Kingdom, France, Germany and Spain as well. It has benefited from the shift to online real estate listings by charging subscription fees to access its research database and marketplace.

The final name on the list of lesser-known names on this list is IDEXX Laboratories, a veterinary diagnostics, software and water microbiology testing company operating in the companion animal veterinary, livestock and poultry, water testing and dairy markets. This isn't the kind of flashy company that typically attracts a price above its intrinsic value; as shown in the Peter Lynch chart below, it has typically traded in line near its median historical price-earnings ratio over the past decade, but steady growth has driven returns.

While the top holdings of successful funds may not always be wise investments for individual investors, as they might have become overvalued or their growth could be coming to an end after years of outperformance, it can still be helpful for investors to review these holdings for the factors that made them successful.