What Investors Should Know About Weibo's 4th-Quarter Earnings 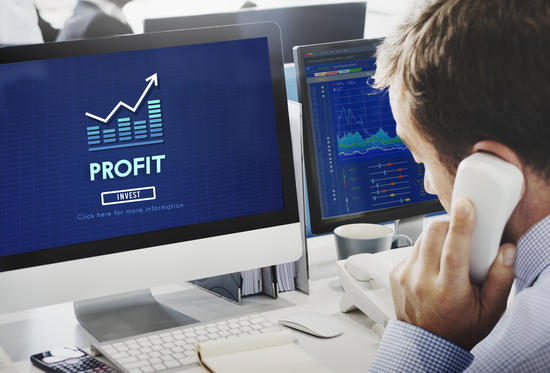 Before the opening bell on March 18, Weibo Corp. (

"We ended the year of 2020 on a solid note. During the unprecedented times in 2020, Weibo has demonstrated its indispensable value as China's leading social media platform to serve public conversations, and further enriched our video and community product offerings. On monetization, we are pleased to see our revenue and profit return to a solid growth trajectory in the fourth quarter. Entering into 2021, Weibo is well positioned to capture incremental ad wallet, leveraging the accelerated digitalization of brick-and-mortar, our differentiated social ad offerings and revamped bidding system."

Expenses rose from $317.4 million in the year-ago quarter to $331.8 million, which the company attributed to high product development costs. In addition, higher bad-debt provisions and a non-deductible impairment charges associated with equity and loan investments elevated overall costs. Partially offsetting the decline was a reduction in general and administrative expenses.

Revenue in the advertising and marketing segment amounted to $453.5 million in the reported quarter, which reflected 12% growth on a year-over-year basis. Within the segment, revenue from key accounts and small and medium-sized enterprises surged a combined 7% to $393.9 million.

Value-added services' revenue stood at $59.9 million in the fourth quarter, down from $62.2 million for the prior-year period. The increase in membership revenue was more than offset by the decline in livestreaming revenue.

Monthly active users for the month of December totalled 521 million. This represents a net addition of roughly 5 million users when compared with December 2019. On the other hand, average daily users were 225 million for the same period, reflecting a net addition of about 3 million customers.

For the quarter ended Dec. 31, the company's balance of cash and cash equivalents and short-term investments stood at a combined $3.50 billion.

Weibo generated cash of $321.2 million from operating activities during the quarter. Capital spending came in at $8.4 million.

For the first quarter of 2021, the social media company foresees revenue to grow in the 25% to 30% range on a constant-currency basis. The revenue guidance includes contributions from an interactive entertainment company, which was acquired and consolidated in November.