A look at the company's most recent quarter 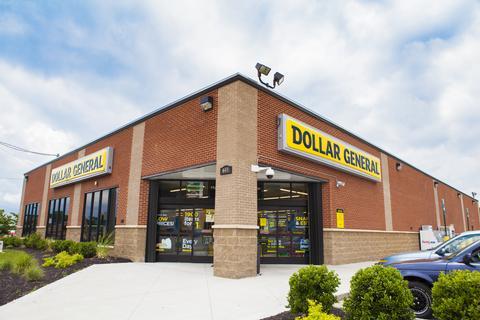 DG, Financial) recently reported earnings results. The headline numbers were superb, but shares fell as much as 7.5% before ultimately closing down 4.7%. The stock is also 18% off of its 52-week high, which means Dollar General is closing in on bear market territory.

The decline in value likely had to do with the company's guidance for the current fiscal year as comparable sales will be difficult. That being said, Dollar General has a lot going for it that should allow the retailer to continue to be a long-term winner in its industry.

Dollar General reported fourth-quarter and full-year results on March 18 (the company's fiscal year ends the last Friday in January). Revenue grew 17.5% to $8.4 billion in the fourth quarter, which was $120 million more than Wall Street analysts had expected. Earnings per share of $2.62 missed estimates by 7 cents, but improved almost 25% from the prior year.

Same-store sales grew 12.7% and 16.3% for the quarter and fiscal year. This was the 31st consecutive year of same-store sales growth for the company. Dollar General also saw contributions to results from the 1,000 new stores opened during the year. Store traffic did decline, likely as a result of social distancing requirements still in place in many areas, but this was more than offset by an increase in basket size.

Fiscal 2021 was a banner year to Dollar General as the company benefited from the Covid-19 pandemic as consumers flocked to stores for everyday items. Dollar General's strategic initiates like digital channels, store pickup and fresh food all led to higher demand from customers.

Fresh produce is now available in more than 1,100 of the company's more than 17,000 stores. Having fresh food available has been a draw for consumers and Dollar General expects to add these products to another 700 stores this year. The company's mobile checkout and app had nearly 4 million monthly active users by year's end.

Dollar General has also invested heavily in the updating of its stores in recent years in an effort to modernize locations and add cooler space. The company completed nearly 2,800 real estate projects during the year. Plans for the new fiscal year include opening 1,050 new stores, remodelling nearly 1,800 stores and relocating 100 stores. After adding 62,000 cooler doors last fiscal year, the company expect to add more than 65,000 cooler doors in 2021.

The company ended the year with $25.9 billion of total assets, current assets of $6.9 billion and cash and equivalents of almost $1.4 billion. Inventories did climb 12% to $5.3 billion, but this represents just a 6.3% increase on a per-store basis. Leadership noted that they are working through this build and aims to right size inventory levels going forward.

Dollar General also announced a 16.7% dividend increase, giving the company six consecutive years of dividend growth. After repurchasing $2.5 billion of stock in fiscal 2020, the company added $2 billion to its share repurchase authorization. It now has a total of almost $2.4 billion in share repurchase capital, which represents 5.2% of the market capitalization as of Friday's trading session.

The decline in the share price was likely caused by the company's guidance for the new fiscal year. Like many retail companies, it will be difficult to replicate the double-digit same-store sales growth that Dollar General produced last year. To illustrate this point, the company pointed out that last March was its best month of the year as same-store sales grew almost 35%. Comparable sales were down 16% for the first half of this month.

The company expects net sales to be down 2% to flat, with same-store sales declining 4% to 6%. Combine this with last year's results and the two-year stacked same-store sales growth would still be in a range of 10% to 12%, which is still higher than Dollar General's normal two-year stacked rates. The company expects earnings per share in a range of $8.80 to $9.50 for fiscal year 2021, which would be a 14% decrease from the prior year.

While shares were down significantly for much of the day following the earnings release, Dollar General rallied almost 4% on Friday.

Shares are trading at a very small premium to their intrinsic value according to GuruFocus.

Dollar General has multiple positives for investors to consider. It has a massive store foot print, with 75% of the U.S. population living within five miles of a store. The company also has more than three decades of rising same-store sales, something most other retailers cannot say, showing that its business has been in high demand amongst consumers for some time. Dollar General is also expanding its fresh produce offerings, investing in digital customer connections and updating its stores. The company's price point, with 95% of products being sold for less than $5, means that it will always be an attractive shopping option for consumers regardless of the state of the economy.

On the other hand, Dollar General is going to face extremely tough comparable sales in fiscal 2021 as the company laps last year's results. Considering the mid-double-digit same-store sales for last year, it will be an impressive accomplishment if the company shows any growth at all. The company is even guiding towards a low single-digit decline.

But this is the same story for any retailer who had excellent numbers last year. For long-term investors, Dollar General has far too many tailwinds to ignore. The snap back in share price today tells me the market likes the company's place in its industry, if not the guidance for the year. Shares are only modestly overvalued compared to their five-year average valuation and trade just above the GF Value. For these reasons, I would be a buyer of Dollar General at or below the current price.

Disclosure: The author maintains a long position in Dollar General.