Stock Investments in an Antitrust Era 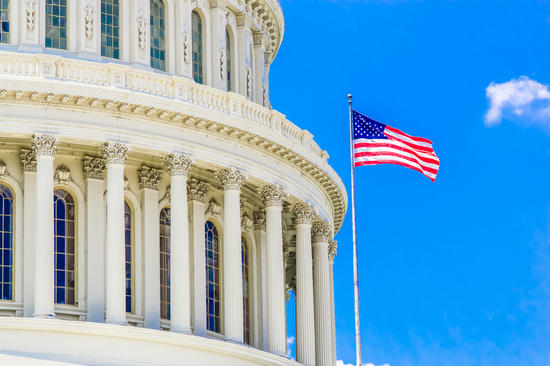 Lina Khan is being appointed to the Federal Trade Commission by President Biden's administration. There are rumblings of resistance from Republican Senators like Mike Lee from Utah. This missive is devoted to helping our investors understand these matters and the impact this could have on stock market returns over the next 10 years. Remember, the key to success in common stock ownership is avoiding stock market failure.

Those of you who know us well understand why we don't concern ourselves with politics. We work for clients on both sides of the aisle and intend to succeed in eras dominated by both political parties. Therefore, we will provide these thoughts and readers can use it for informational purposes.

Khan has distinguished herself over the last 10 years as an expert in antitrust law. We believe she understands the Sherman Antitrust Act of 1890 and that she could be a very important educator of the body politic on both sides of the political spectrum. What does she know and why should you care?

In the book "Breaking Rockefeller," author Peter Doran explains the history and the purpose of the Sherman Antitrust Act. John Sherman was a Republican from Ohio who left the Whig Party in 1850, along with Abraham Lincoln and others, to form the Republican Party and oppose slavery in the U.S. He was very concerned with anything which could ruin this experiment in Democracy and capitalism. His key quote from the 1880s was, "The popular mind is agitated with problems which may disturb the social order, and among them all, none is more threatening than the concentration of capital in vast combinations."

Doran's book went on to describe the resistance of the time. "At least initially, the federal government was wary of challenging Standard Oil. Sherman pushed hard to change the fact. Ever so slowly, through his impassioned speeches, and through the scrupulous investigations of congressional committees, his assault coalesced in a sweeping piece of legislation." Today's resistance is similar, and today's congressional hearings are led by Representative Dennis Cicilline from Rhode Island. He totally gets the spirit of the Sherman Act, as do many Republicans like Senator Josh Hawley, and so does Khan.

Why does this matter to investors like us? The U.S. stock market is "all twisted up" in today's "vast combinations" (FAANG stocks) like Queen Latifah and Eugene Levy's characters were in the movie, "Bringing Down the House." Here is a chart of the S&P 500 Index over the last five years:

To succeed in the S&P 500 Index going forward, it must have leadership from the stocks which have been the most popular over the last five years. Any look back at history will tell you that popularity in extremes has led to underperformance.

Which takes us to the next question. What could cause these monopoly businesses like Amazon (

AMZN, Financial), Apple (AAPL, Financial), Facebook (FB, Financial) and Alphabet's Google (GOOG, Financial)(GOOGL, Financial) to give up their leadership position in price appreciation? Amazon dominates in e-commerce because they don't have to make money as they enter a new market. They "cut-to-kill" like Standard Oil did and can do so because their profits from the Amazon Web Services division provide all the earnings needed by a hungry army of faithful Wall Street analysts.

Apple tracks us everywhere we go and then acts like a virgin at the college dance as they criticize Facebook and Google for robbing our privacy. Facebook and Google gave away social media and search to use the "customer" to become the product. Watch the documentary "The Social Dilemma" to understand this better. The frogs in the boiling water (all of us) are part of a society which exists to create wealth for a narrow group of people who act as the arbiters of what is socially acceptable. God help us if we let Mark Zuckerberg, Jeff Bezos, Tim Cook and Sundar Pichai determine right and wrong in the United States of America.

Since what we are talking about could take five years or more to play out, the appointment of Khan is an important mile post in the process the body politic must go through to come to the right conclusion. You are going to hear everything virtuous about these "vast combinations" from analysts, lobbyists and politicians whose pocketbooks are being packed by their largesse. You will hear how they aren't unfair to the competition, what great prices the "customer" gets for their product and how virtuously they eliminate your right to free speech right in front of our eyes. They don't mention that you're being compensated for the money they're making off of your privacy.

The same "concentration" of economic power was true of the railroads in the 1800s, Standard Oil in the early 1900s, AT&T (

T, Financial) in long distance phone calls and Microsoft (MSFT, Financial) blocking other browsers in the 1990s. Google probably wouldn't exist today if Microsoft hadn't been sued by the U.S. government for antitrust in the late 1990s. Investors should heed this history!

The information contained in this missive represents Smead Capital Management's opinions and should not be construed as personalized or individualized investment advice and are subject to change. Past performance is no guarantee of future results. Bill Smead, chief investment officer, wrote this article. It should not be assumed that investing in any securities mentioned above will or will not be profitable. Portfolio composition is subject to change at any time and references to specific securities, industries and sectors in this letter are not recommendations to purchase or sell any particular security. Current and future portfolio holdings are subject to risk. In preparing this document, SCM has relied upon and assumed, without independent verification, the accuracy and completeness of all information available from public sources. A list of all recommendations made by Smead Capital Management within the past twelve-month period is available upon request.

This Missive and others are available at www.smeadcap.com

Bill Smead is the CIO and CEO of Smead Capital Management. Tony Scherrer is director of research Cole Smead is managing director
How to use GuruFocus - Tutorials What Is in the GuruFocus Premium Membership? A DIY Guide on How to Invest Using Guru Strategies GuruFocus New Features
Write for GuruFocus
Submit an article