The Real Upside and Downside Potential of Market Timing 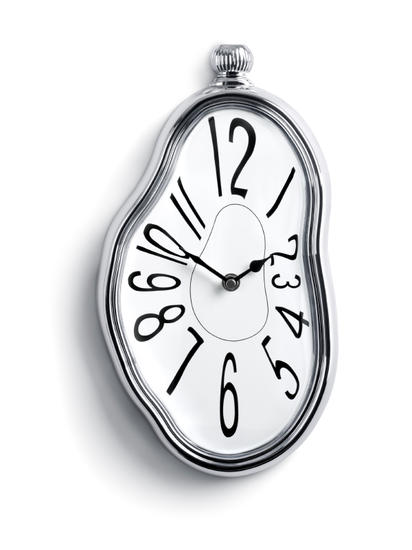 One of the first principles value investors learn is not to buy or sell stocks based on speculation of what the future will bring for the broader economy or the stock market. The idea is to focus on the company itself, as a good investment will be able to provide returns in the long run regardless of the ups and downs of market sentiment.

Trying to take advantage of unpredictable large-scale changes is a strategy built on the shaky foundations of speculation and sentiment and is thus far more likely to fall apart. After all, it is extremely rare for things such as the 2008 mortgage crisis or the ongoing Covid-19 pandemic to fall in the investor's circle of competence completely enough to be accurately anticipated ahead of time. It is downright impossible to predict things like future regulatory lawsuits or acquisitions if one does not have insider knowledge.

BAC, Financial) added a new perspective on market timing earlier this week with the release of the data from one of its studies. The study attempts to put numbers to the risks of market timing, showing the wide range of results that investors could get if, hypothetically speaking, they were either wildly successful or wildly unsuccessful at their market timing endeavors.

In "The Intelligent Investor," Benjamin Graham made a clear distinction between market timing and value investing when discussing how to profit from stock price fluctuations:

"Since common stocks, even of investment grade, are subject to recurrent and wide fluctuations in their prices, the intelligent investor should be interested in the possibilities of profiting from these pendulum swings. There are two possible ways by which he may try to do this: the way of timing and the way of pricing. By timing we mean the endeavor to anticipate the action of the stock marketto buy or hold when the future course is deemed to be upward, to sell or refrain from buying when the course is downward. By pricing we mean the endeavor to buy stocks when they are quoted below their fair value and to sell them when they rise above such value."

One of the very foundations of value investing is not trying to time the market. One of the main problems with market timing is that investors are actually more likely to be wrong than they are to be right when it comes to predicting the future. The odds are even worse than flipping a coin because, unlike with coin flipping, trying to predict the future comes with preconceived biases.

When stocks are going up, we tend to think they will keep up the bull run forever, even if a company is stagnating or is in permanent decline. When stock prices drop, investors can sell out too early due to unmerited pessimism or keep holding on to a loser on unwise optimism.

Some might think the best time to time the markets is during periods of high volatility, as that is when prices are moving the fastest. However, high volatility means even less predictability, with new information arriving faster than investors can process it even if they are keeping up with the news.

Many investors have shunned market timing since Graham's days. A recent Bank of America study attempts to put numbers to why market timing is a bad idea.

As you might expect, dodging the 10 worst days resulted in stellar gains. If you had sold before each of the 10 worst days per decade and bought afterwards, your returns would have often more doubled the index during each decade. If you had successfully done this from 1930 through 2020, you would have been able to gain a return of around 3,793,787% of your original investment.

Of course, this would be impossible to do. Even if you successfully managed to dodge some bad days with market timing, the chances of always dodging the worst of the worst are practically nonexistent.

On both ends of the spectrum, the missed opportunities are enormous. However, simply holding on an investment in the S&P 500 through the ups and downs without buying or selling over the same time frame would have brought a return of 17,715%. The far more stable gains from the long-term investment could have been beaten by market timing, but the downside potential would have been a very real possibility as well.

"Remaining invested during turbulent times can help recover losses following bear markets - it takes about 1,100 trading days on average to recover losses after a bear market," noted Savita Subramanian, head of U.S. equity and quantitative strategy at Bank of America.

Are there cases where market timing works?

There can be cases where market timing is used successfully. However, this mostly only occurs through luck or through advance knowledge of events that are expected to happen. While some investors do use predictions of future macro conditions to influence their trading decisions, the future is not set in stone, so relying on predictions is either a calculated gamble or a case of information arbitrage (i.e., taking advantage of knowing a fact that most other people don't).

For example, if you had realized back in January of 2020 that given how quickly Covid-19 was spreading, it was certain to become a global pandemic, you might have been able to sell your holdings at high prices and wait for the stock market to take a hit before buying them back.

However, you would have had to have done your own research and be certain in your analysis since, at that time, most media in the U.S. was claiming that the virus would probably not become a big deal. For all that most investors with no in-depth knowledge about coronaviruses knew last January, the virus threat could have never materialized in the U.S. and stock prices could have continued rising, in which case selling would have cost them dearly.

Aside from making market timing decision based on large-scale, once-in-a-decade events, other examples of trying to time the market include buying before an anticipated piece of positive economic news, or buying a popular stock "on a dip." In these cases, the risk may be relatively low, but any gain from a successful bet would also likely be negligible.

In short, in order to time the market successfully, investors need an edge a piece of knowledge or experience that very few others have access to. They need this for every trade, and being successful overall depends on making the right bet more often than the wrong one.

The reality is that most investors rarely (if ever) have an edge. It is even more difficult for retail investors to have access to an edge when compared to fund managers, even though retail investors are more likely to get caught up in trying to time the markets. Additionally, not even the pros get it right all the time, with investing history full of the spectacular failures of fund managers who previously beat the market for years.

Without an edge, market timing is doomed to fail most of the time, only occasionally working out by sheer luck rather than skill. Even with an edge, things aren't guaranteed to go as planned. Thus, even though the numbers show incredible upside potential if you guess right every time, the reality is that this is practically impossible to achieve.