Why Fears of a Rate Hike Are Overblown 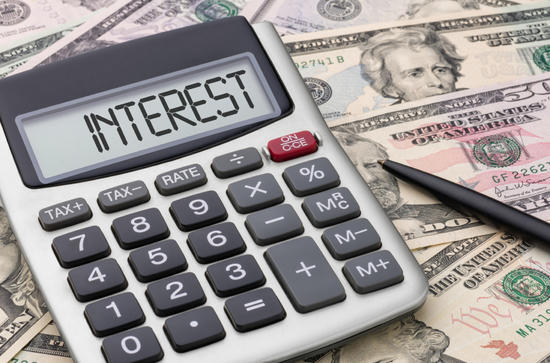 The U.S. Federal Reserve, following its meeting on March 16, pledged to keep interest rates near zero at least through the end of 2022 to ensure the U.S economy will achieve maximum employment and price stability.

Policy rates are used to control the money supply and the Fed delivered an emergency rate cut in March 2020 to support the crippling economy, which was hit hard by the virus-induced recession. The Fed announced the continuation of its bond-buying program as well and is on pace to pump at least $120 billion a month into the economy under the Asset Purchase Program.

Earlier in the month, investors were worried about rising bond yields, which caused markets to pull back from recent highs. The reason for the uptick in yields was the expectation that inflation will soon reach 2%, which is the long-term target set by the Federal Reserve, forcing the decision-makers to hike short-term interest rates to prevent the economy from overheating. However, the Fed's decision to maintain its dovish stance is a clear indication that monetary policymakers are comfortable with letting the inflation run moderately above its target until the economy fully recovers.

Investors need to tactically allocate assets in order to position their portfolios to perform well in a low interest rate environment, but such asset allocation decisions often are ignored by some retail investors, leading to lackluster investment returns in the long run.

The state of the American economy

Policy rates can and will have a major impact on economic activities in the country. The central bank now expects gross domestic product to increase 6.5% in 2021, which was revised upward from its earlier projection of 4.2% growth for the year. This positive revision highlights the strong recovery since lifting the mobility restrictions in mid-2020. As illustrated below, the Fed projects inflation to reach a high of 2.4% in 2021, which sends a clear message that a rate hike is not on the cards this year, contrary to the belief of some investors.

As the economy gained momentum, the unemployment rate has also fallen sharply, which is a promising sign as consumer spending has a negative correlation with the unemployment level in the country.

The U.S. economy is still a long way from reaching its pre-recession levels, but the Fed's easy policy, fiscal relief packages and the vaccine rollout have accelerated the pace at which the country is reaching normalcy.

The American Rescue Plan, which was signed into law by President Biden, will also aid consumer spending in the coming months. Under this relief package, the direct payments of $1,400 were sent to eligible U.S. adults and their dependents. This stimulus package focuses on helping the comeback of small businesses as well. Therefore, discretionary spending of both consumers and businesses can be expected to recover sharply in the next few months, resulting in job creation once again. The American economy, arguably, is on pace to deliver strong numbers, and the Fed is unlikely to crash the party by prematurely hiking rates.

The financial services sector is the second cheapest market segment behind energy from a Shiller price-earnings ratio perspective, which is one of the main reasons why value investors have taken a liking to banks and other lending institutions. However, the recent decision by the Fed to keep rates at historic lows will delay the revival of bank earnings, and investor sentiment toward banks is very unlikely to improve until there is some indication from the Fed that it is increasing rates. That being said, tactically allocating a small percentage of an investment portfolio to bank stocks could yield handsome returns in the future once the tide turns in favor of this troubled business sector.

The rising 10-year bond yield has pulled back the stock prices of many tech giants, including Apple Inc. (

AAPL, Financial), and this presents an opportunity for contrarian investors. The tech-heavy Nasdaq Composite was the only major U.S. market index to report negative performance in the week ended March 26, which is a clear indication that investors are avoiding the tech sector because of rising yields. There are, however, many large tech companies that are continuing to grow earnings at double-digit rates, including Facebook Inc. (FB, Financial) and Amazon.com Inc. (AMZN, Financial). Considering the strong balance sheets of these tech giants, it makes sense to invest in the sector as the fear of a rate hike seems overblown at this point.

Strategically investing in real estate investment trusts might lead to stellar returns as well because the real estate sector will benefit from an unexpected uptick in inflation. Historically, REITs have proven their ability to act as a hedge against inflation, and many leading REITs are trading at attractive dividend yields today. STORE Capital Corp. (

STOR, Financial), a REIT owned by Warren Buffett (Trades, Portfolio), trades at a dividend yield of 4.32% and is a good example of a real estate sector company that is trading at attractive valuation multiples.

The stock market and interest rates have shown an inverse relationship in the past, which suggests a rise in bond yields will be met with declining stock prices. Although inflation has spiked in the last few months, the Fed recently acknowledged the need to keep policy rates low until the American economy fully recovers from the chaos created by the pandemic. In any case, monetary policy decisions, on average, take up to 12 months to fully play out and have the desired impact on the economy, which makes it important for the Fed to remain true to its original strategy of stimulating the economy.

Going by the findings of this research, it would be irrational to expect the financial services sector to deliver market-beating returns in 2021, but exposure to this undervalued sector might help investors beat the market in the future when the macroeconomic outlook turns supportive. The tech sector, arguably, still holds the key for the revival of business activities, and prematurely dumping shares of tech giants could lead to missed opportunities to participate in their growth stories.