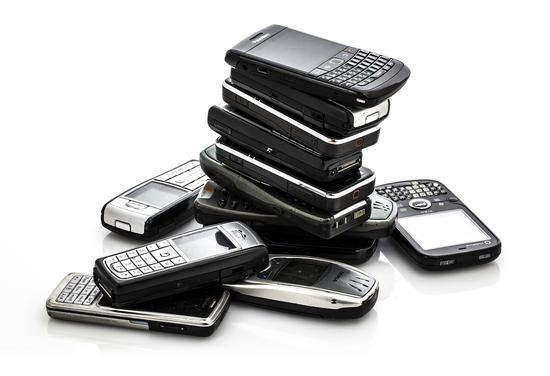 XKRX:066575, Financial), a major South Korean electronics company, announced that it plans to exit its loss-making mobile phone business and shift those resources toward endeavors such as electric vehicle components, robotics and artificial intelligence. Shares lost about 2% following the news.

According to the statement from LG's board of directors, the company plans to fully exit its mobile phone business by the end of July a tall order for a company that was once the third-largest mobile phone maker in the world.

However, despite the fact that its mobile phones are still number three in North America with 13% of the market share, it has lost ground to competitors in several other regions, most notably to Chinese electronics companies in Asia.

This may seem like an unwise decision to some investors, as it will remove the company from a key market that has a significant runway for growth. However, if fighting for market share is indeed a lost cause, the decision to exit now could benefit both the company and shareholders in the long run.

Throwing in the towel

In order for a high-investment, unprofitable business to someday become profitable, it is necessary to continue rapidly growing its market share. The company seems to have come to the conclusion that it would be unable to regain its lost customers, and a reversal in growth would almost certainly mean the business would never become profitable.

The decision doesn't come as a surprise to those who have been following the company in recent years, as it has made its struggle against the competition clear. This is likely why the stock price didn't drop more than it did; investors had already been expecting LG to throw in the towel at some point.

Competition has been fierce enough that LG was no longer even among the top seven players in the global mobile phones market in 2020, according to Counterpoint Research. This is a pretty significant drop from the number three spot it once held. Neil Shah, a partner and vice president of research at Counterpoint Research, commented that "LG leaves a 'small vacuum' of global market share of under 2%."

The company said it was already beginning the process of selling the remainder of its phone inventory, and devices would continue to be supported for a certain period of time depending on when they were sold. The segment's jobs would be decided "at the local level," with employees most likely either being let go or given an opportunity to work elsewhere in the company.

Investing in other areas

According to a statement from the company, the "strategic decision to exit the incredibly competitive mobile phone sector will enable the company to focus resources in growth areas such as electric vehicle components, connected devices, smart homes, robotics, artificial intelligence and business-to-business solutions."

While the mobile phone market is expected to continue growing, that growth may be expected to slow down as the majority of the population in developed countries already own a mobile phone by this point. For example, in the U.S., cell phone ownership has reached 96% of the population as of 2019, meaning only a tiny 4% of the market is still addressable. Although there might be more opportunities in developing countries, LG's traditional mobile phone markets have been in North America and Asia, with the first nearing market saturation and the second increasingly dominated by competitors.

LG has been known for repeatedly making a splash with its new and innovative smartphone features. "For years, [the] LG smartphone was known for its unconventional and innovative features," Shengtao Jin, a research analyst at Canaly, said. "While these features helped LG differentiate itself from other mainstream brands, most consumers did not find much practical value in these features."

An unconventional approach to tech development will likely serve the company better in markets that have more room for growth, such as electric vehicle components, robotics and artificial intelligence. Exiting the mobile phone market will also give the company more freedom to focus on areas in which it has more of an advantage, like the display business.

However, the company does not plan to completely exit the mobile phone industry, as its decades of experience and multiple adjacent businesses can still benefit from keeping in touch. "Moving forward, LG will continue to leverage its mobile expertise and develop mobility-related technologies such as 6G," noted the company.

LG has seen its share price more than double since November of 2020 on the back of a succession of positive announcements from the company, including a greater focus on innovation, a joint venture with Magna International Inc. (TSX:MG) to manufacture components for electric vehicles and the $80 million acquisition of a controlling stake in TV data firm Alphonso.

Although the stock has had a spectacular run the past few months, its price-earnings ratio of 6.75 is lower than 96% of competitors and below its own 10-year median of 9.19. It is also trading below the fair value estimated by the Peter Lynch chart:

The company is entering a period of transformation in an effort to avoid following in the footsteps of electronics giants that eventually lost to competitors or held on to low-growth or declining segments of their businesses until it was too late. Whether its stock price can continue to climb higher will likely depend on continued growth, though given the low valuation multiples, that growth might not need to be as spectacular as the kind that competitors trading at higher multiples need to rely on.