Pzena Investment Management: What Should We Take From Its Past?

So far this year, it has gained 41.64%, but its longer-term history suggests caution 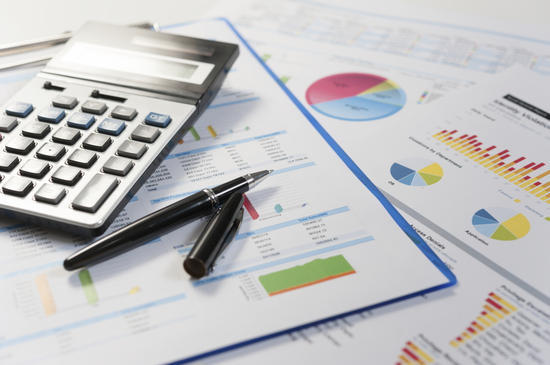 PZN, Financial) is Richard Pzena (Trades, Portfolio), one of the GuruFocus gurus. You can buy some of the mutual funds he and his colleagues sell.

You also can buy shares in his company, but should you?

Based in New York, Pzena is an investment management company that serves institutional investors, investment professionals and individuals (unless otherwise specified, all references will be to Pzena the company).

It calls itself a classic value manager. In an interview posted on the company's website, founder and namesake,

Richard Pzena (Trades, Portfolio) explained that he does not belong to the school that uses a single measure, book-to-market price, to define value investing.

He argued instead for the approach taken by the founding father of value investing:

"The other approach made famous by Benjamin Graham takes a more fulsome view of a company and requires not only quantitative analysis but also fundamental research as well as the critical element of human judgment. In other words, value is not a factor; it is a philosophy."

"Value investing works because investors tend to shy away from low prices.

The typical reasoning goes that low prices signal problems, and that those problems must be permanent if the stock price has substantially declined. But successful value investing overcomes this human tendency."

How do Pzena and his company approach value investing? They wrote, "An unwavering discipline, intensive research, and an owner's perspective on time horizon: these are our 'secret' ingredients to long-term investment returns."

How well does the approach work? That depends on where we look. Our window on the company's success or failure comes through 12 publicly traded mutual funds. According to the 10-K for 2020, the two largest are the Large Cap Value Fund and the Global Value Fund:

Of the remaining 10 funds, six have beaten their benchmarks since inception, while four have lagged.

For investment management firms such as Pzena, competition is measured in assets under management, or investor dollars. To get them, the management companies have to compete with not only other asset managers, but also with commercial banks, broker-dealers, insurance companies and other financial institutions. It is a highly fragmented and competitive industry.

To keep the clients they have, and to win new clients, Pzena reported their investment strategies must perform, their interests must align with those of their clients and they must provide quality of service and more.

Many, if not most, of the GuruFocus gurus will be competitors in one form or another.

In its fourth-quarter and full-year 2020 earnings release, Pzena announced it had $43.3 billion in assets under management, up from $41.2 billion at the end of 2019.

On a diluted earnings basis, that worked out to 52 cents per share, compared to 46 cents in 2019.

Two monthly AUM reports have been issued so far this year and a third is expected within days. In January, AUM dropped to $42.8 billion from $43.3 billion in December. February saw a significant increase, up to $46.4 billion, a gain of 33% on March 2020.

I came across Pzena when I used the GuruFocus All-in-One-Screener to set up a simple screen, one that would find companies with a PEG ratio of less than 1 and financial strength and profitability ratings of at least 7 out of 10. Pzena met the financial strength criterion.

Indeed, I'm somewhat surprised that it didn't have a higher rating, since its debt is small in relation to its cash, it has good Piotroski F-Score and Altman Z-Scores and its return on invested capital is significantly higher than its weighted average cost of capital.

The rating is based on three criteria:

That solves the mystery, at least for me, of why the company does not get a higher rating. Still, it can be considered financially strong.

The company has an excellent score, but we need to take a closer look at its declining margins:

One reason for the decline is that total operating expenses have risen an average of 7.56% per year over the past 10 years, while revenue growth has averaged 7.7% and Ebitda growth was 2.87%.

Return on equity is very good, but two of the three growth lines at the bottom of the table are concerning: revenue and Ebitda both show declines.

The revenue decline involves two of the past three years, but for most of the preceding decade the trend was upward:

Ebitda has been similarly affected:

Earnings per share also bounced around over the past 10 years, but the trend has been positive:

Free cash flow, the source of dividends and capital spending, also has taken a blow in recent years:

Overall, Pzena is anything but consistent, but the long-term trends generally look satisfactory. And, as we will see in the Valuation section, investors apparently think the company will recover in the next few years.

The current dividend yield is respectable, a full point above the S&P 500 average, but it plunged as the stock price shot up over the past year:

As for the dividend per share growth, that's been mostly upward over the past decade:

In its 10-K, Pzena reported that the board targets "a cash dividend payout ratio of approximately 60% to 70% of our as adjusted diluted net income, subject to growth initiatives and other funding needs."

As we see, the current payout ratio is over 100%, but that is likely to be a temporary aberration (if it is not, the company will eventually go under). Its median over the past 10 years has been 0.74, which is below the asset management industry's median of 0.89.

The company announced a quarterly dividend cut, from 30 cents to 25 cents, in its fourth-quarter and full-year earnings announcement.

Prospective investors should note the company has been issuing new shares, rather than buying them back. This chart shows 10 years of shares outstanding:

With the rapid rise over the past year, the GF Value Line finds Pzena to be significantly overvalued as investors bid up its price:

On the other hand, when we value it with the PEG ratio, which factors in Ebitda growth over the past five years, the stock is undervalued. Any stock with a PEG ratio below 1 is considered undervalued, and Pzena qualifies with a ratio of 0.38.

The GuruFocus system shows its five-year average Ebitda growth rate was 53.10% per year, thanks mainly to the big gain in 2017.

The price-book ratio ranks the company as expensive. While the asset management industry's median is 1.03, Pzena's comes in at 23.81. According to GuruFocus, it is more expensive, by this ratio, than 99% of other companies in the industry.

How you assess Pzena's valuation will depend on your preferences. Do you look at just the price, or do you combine price and Ebitda growth?

Given the big run-up in the price, many investors will likely wait for a dip, not only to get a better price but also to get a higher dividend yield.

Starting with annualized returns, we have:

Total returns for the past five years:

If not for the dramatic recovery and growth since the beginning of April 2020, this stock would not find a place on any investor's radar.

Only 20% of the total shares outstanding are in the float because owners and employees have a large stake. If nothing else, we can say firmly that management's interests are aligned with those of shareholders.

Three of the gurus held positions in Pzena at year's end:

Pzena Investment Management had been a dog for much of the past decade, with negative total returns in four of the past five years. Then, like a butterfly, it suddenly emerged as a stock market star, posting extremely high annualized and total return rates over the past 12 months.

Will it continue to be a star, or will it revert to past behavior, disappointing its investors? Given its checkered history and its recent ability to dazzle, it's best to watch for the next couple of years.

Value investors will likely pass on Pzena because there is no margin of safety and despite a fairly strong balance sheet. Growth investors who think the past year predicts the future might want to do their due diligence. Income investors who can buy on a dip might find this stock worth holding.

Disclaimer: I do not own shares in any of the companies named in this article and do not expect to buy any in the next 72 hours.