The cruise company reported another disappointing quarter, but the number of bookings nearly doubled 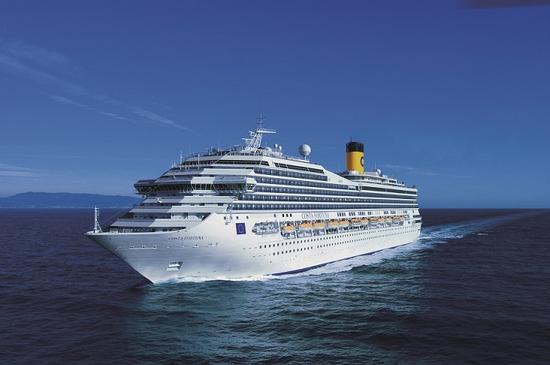 On April 7 before the markets opened, Carnival Corp. (

CCL, Financial), the cruise company that owns Carnival, Princess, Costa and several other cruise lines around the world, reported its earnings results for its first quarter of fiscal 2021.

Despite missing analysts' estimates on both the earnings and revenue front, the stock gained more than 1% following the news before settling flat as investors weighed the earnings disappointment against a surge in bookings.

Revenue for the quarter amounted to $26 million, far below the $108 million that analysts had been expecting. The loss per share of $1.79 also fell below the consensus estimate of $1.66. In the same quarter of last year, the company had reported revenue of $4.8 billion and earnings per share of 22 cents.

The cash burn during the first quarter was lower than expected at an average rate of $500 million per month as Carnival continued to identify opportunities to cut its spending.

On the liquidity front, Carnival has managed to continue raising additional funds despite its already high levels of debt. Since March of 2020, the company has raised $23.6 billion in funds, mostly through debt offerings but partially through issuing and selling additional shares of its common stock. In the fiscal first quarter, Carnival borrowed $1.5 billion under export credit facilities, issued $3.5 billion of senior unsecured notes and completed an additional common stock offering worth $1.0 billion. The company ended the quarter with $11.5 billion in cash and short-term investments.

"We are focused on resuming operations as quickly as practical, while at the same time demonstrating prudent stewardship of capital and doing so in a way that serves the best interests of public health Our portfolio of brands have clearly been an asset as we resume operations this summer with nine ships across six of our brands."

There was some good news for Carnival in the form of a surge in bookings as many are hoping to go on a cruise once new cases of Covid-19 have decreased sufficiently. Booking volumes for future cruises surged 90% compared to the fourth quarter of 2020. The company also reported that cumulative bookings for 2022 have already surpassed 2019 levels, indicating that if the company can resume operations within the year while staving off bankruptcy, it could bring in record income next year.

During the remainder of fiscal 2021, the company plans to focus on taking advantage of continued low interest rates to refinance its massive amounts of debt. Although Carnival has managed to stave off bankruptcy, high amounts of debt will eat away at any future earnings, so the success of refinancing efforts is essential to the company.

Six of the company's nine brands are expected to begin limited guest cruise operations this summer. Last week, the Centers for Disease Control and Prevention updated its guidance on the Conditional Sailing Order, which cruise lines decry as being harsh and overly burdensome to get through in order to sail again. However, after Carnival threatened to simply move its sailing out of U.S. ports (the company does not sail under the U.S. flag), the agency responded and said that cruises may be allowed by mid-summer.

Much like the airlines, Carnival and other cruise operators have been in a precarious situation trying to stave off bankruptcy during the Covid-19 pandemic.

As a greater percentage of the world population becomes vaccinated against Covid-19, the risk of spreading the virus on board decreases, and cruises will sail again. According to the GF Value chart, the stock is significantly overvalued to what the company is currently worth, but the value could catch up to the price by the end of 2022 according to analysts' estimates.

However, Carnival's debt has more than tripled since the end of 2019, so even if its revenue can surpass 2019 levels, its earnings might have trouble following suit. The more desperate the company's situation gets, the more value the company's management (and its growing army of debtors) might see in seeking bankruptcy as well. Thus, while the company seems unlikely to file for bankruptcy as long as sufficient demand for cruises returns by the end of 2021, and there is promising upside potential if it can recover strongly enough, it is still a risky investment.