From the First Eagle Overseas Fund 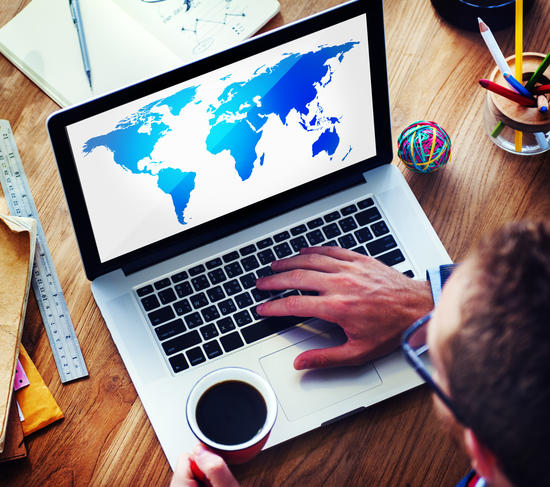 Though the economic and financial market dislocations from the outbreak of Covid-19 in early 2020 brought a quick end to the longest-running bull market in US history, the massive injection of monetary and fiscal stimulus sparked a rebound in risk assets and drove equity indexes well above pre-pandemic levels. However, corporate fundamentals in general have not kept pace with domestic markets' appreciation during this period, resulting in lofty index valuation multiples at a time when the path forward for the global economy remains highly uncertain.

With US markets priced for perfection in a world that remains anything but, international stocks have been gaining traction in recent months.

As benchmark-level risk-return statistics demonstrate, however, closely tracking the performance of the MSCI EAFE Index or another international benchmark may not be an effective approach for portfolios looking for downside risk management from their non-US equity exposure. For those considering ways to "de-risk" portfolios while continuing to participate in potential market appreciation, history has shown that low-beta international assets have not only helped to mitigate against market downturns but also generally delivered attractive total returns over the long term.

The outperformance of US equity indexes relative to international markets in the nearly 11-year bull market that followed the global financial crisis has been well-reported. From March 9, 2009, to February 19, 2020, the S&P 500 Index returned 522%, more than doubling the 216% gain of the MSCI EAFE Index. After the shortest bear market in history, domestic markets resumed their winning ways; from the market bottom on March 24, 2020, through August 31, 2020a period of less than six monthsthe S&P 500 Index returned 58% compared to the 43% climb of the MSCI EAFE Index.1

Given the sizable outperformance of US stocks since 2009, it can be easy to forget that the relative performance of domestic and international equity markets has been cyclical over the long term.

In fact, signs of a nascent market transitionnot just from US stocks to international stocks, but also from growth to value and from large caps to smaller nameshave emerged in recent months as a "reflation" trade took hold of investor sentiment and fueled the next leg higher in equity markets. This brief international renaissance has been particularly beneficial for overseas exposures held in US dollar-based portfolios, as a weakening greenbackwhich has been in a steady downturn since late March 2020has amplified the performance of such allocations due to foreign-exchange effects.

First Eagle has long held that the US does not have a monopoly on good companies, and we believe that portfolios limited to domestic names do themselves a disservice by ignoring the many high-quality companies available for investment overseas. Such portfolios may also fail to leverage the diversification benefits that historically have been gained through exposure to foreign markets.

While the breadth and diversity of international equity markets may represent a range of potential opportunities for investors, it also represents specialized risks. Unfortunately, mutual fund flow data indicate that investors increasingly have been gaining international equity exposure through passive vehicles that seek to mimic the risk-return profiles of an overseas benchmark like the MSCI Index, as shown below.

Investors interested in leveraging the benefits of an international equity allocation, but sensitive to the impact of systemic risk on their portfolios, may want to carefully consider the source of their exposure. As shown below, the MSCI EAFEthe primary benchmark for indexed international equity vehicleshas been subject to larger drawdowns and more frequent periods of negative performance than the S&P 500. Constructed to mimic the risk/return profile of the MSCI EAFE, most passive international equity strategies bore the full brunt of these selloffs and negative stretches. But active investment managers benchmarked to the indexparticularly those with high beta ratioshave not been immune either.

Modern portfolio theory, formulated in the early 1950s, dictates that risk and return should have a linear relationship in efficient markets; put simply, a rational investor would expect to receive greater return from an asset in exchange for bearing greater risk, and vice versa. Empirical evidence and academic research in the decades that followed have called this relationship into question, however. In fact, the data point to the existence of a persistent anomaly across markets in which assets with lower levels of volatilityas reflected by a variety of metrics, including betahave outperformed their high-volatility counterparts on a riskadjusted basis over the long term.2

The figure below depicts risk and return statistics of active investment managers in the Morningstar Foreign Large Blend category for the 15-year period ended January 31, 2021, sorted by portfolio beta. As shown, the limited down capture of lowerbeta portfolios combined with respectable upside participation has driven outperformance across a number of key performance metrics, including return and Sharpe ratio.