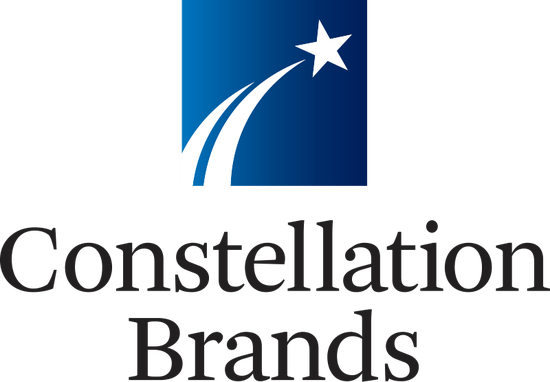 A look at the results

The area that Constellation Brands has really performed well in is beer, and the most recent quarter was no different. Organic net sales grew 18% in the fourth quarter. Shipment volumes were up almost 16%, with organic shipments growing 16.8%. The company has now produced 11 consecutive years of volume growth.

Depletion volumes were up 6.4%, which was a slight deacceleration from the prior quarter, but still very impressive. Adjusting for one fewer selling day in the quarter, depletion volumes were higher by 7.5%. Once again, off-premise growth more than made up for a 43% decline on-premise channels. As with prior quarters, this was due to higher consumption rates at home for consumers due to Covid-19.

One positive note here was that on-premise volume declines were below the full year decrease of 51%, showing that this portion of the business is beginning to recover. This coincides with some markets starting to see business returning to higher or even full capacity.

Strength remains broad based across Constellation Brands' portfolio of beer. Modelo is now the third best selling beer in the U.S. and Modelo Especial is now the top selling import beer. Depletion growth was 9% for the brand. The Corona family also remains in high demand. The recently launched Corona Hard Seltzer has been quite successful, and the company expects its Hard Seltzer Limonada to launch in June. Hard Seltzer is far from the only member of the brand to succeed. Corona Premier saw 20% depletion growth for the fiscal year.

As predicted on the last conference call, beer distributor inventories sizes corrected during the quarter and are now at normal levels.

The operating margin for beer contracted 250 basis points to 36.8%. This was expected due to higher marking costs, which increased to 12.5% of sales compared to 8.7% of sales in the previous year. These costs were partially offset by improved SG&A expenses as a percentage of revenue and currency exchange rates.

Wine and Spirts had a net sales decrease of 19% in the quarter, but this was due to divestitures that the company has made over the recent term as it focuses more on its high end, high margin products. Organic sales increased 8% as Kim Crawford, Meiomi and The Prisoner Brand Family all had double-digit volume growth.

Constellation Brands has also focused on e-commerce and direct-to-consumer to boost sales, and the investment has paid off. The company had 300% growth in these channels compared to the same quarter a year ago. The operating margin fell 900 basis points to 19.9% due to wildfires that impacted operations, higher costs and divestitures.

The company also announced that it was raising its dividend by 1.3% to $3.04, marking the sixth consecutive year of dividend growth. Shares yield 1.4% as of the most recent close, which is close to the average yield of the S&P 500.

Constellation Brands provided guidance for fiscal year 2022 as well. The company forecasts 7% to 9% sales growth for beer. Wine and Spirits are expected to decline 22% to 24%, again primarily due to divestitures. Adjusted earnings per share are seen as being in a range of $9.95 to $10.25. At the midpoint this would be a 1.3% improvement from the prior year.

With shares closing out the week at $224.15, Constellation Brands has a forward price-earnings ratio of 22.2 using the midpoint of company guidance. This is just below the stock's five-year average payout ratio of 22.6.

Constellation Brands also looks to be trading near its intrinsic value according to the GuruFocus Value chart.

Constellation Brands has a GF Value of $218.28, giving shares a price-to-GF-value ratio of 1.03. The stock has a rating of fairly valued. Shares would have to decline 2.6% to trade at their GF Value.

Wines and Spirits were weaker, but this was the result of the company trimming its portfolio. The products that were kept had double-digit volume growth.

With that said, Constellation Brands trades nearly in-line with its medium-term average valuation and just above its GF Value. As much as I like the company's business performance, I would prefer to buy shares when they appear to offer more value.

Author disclosure: the author has no position in any stock mentioned in this article.