How a high-risk, highly-leveraged bet caused a market implosion 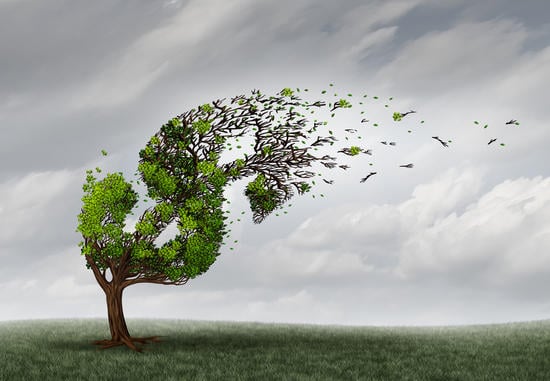 "Another lesson I learned early is that there is nothing new in Wall Street. There can't be because speculation is as old as the hills. Whatever happens in the stock market to-day has happened before and will happen again. I've never forgotten that. I suppose I really manage to remember when and how it happened. The fact that I remember that way is my way of capitalizing experience." (attributed to speculator Jesse Livermore)

How Archegos came to be

Hwang founded Tiger Asia in 2001. Tiger Asia went on to become one of the biggest Asia-focused hedge funds, investing more than $5 billion at its peak. In October 2008, it was one of a number of funds that suffered losses related to a short squeeze of Volkswagen AG (XTER:VOW3), which sent the shares shooting up 500%, burning those who shorted the stock. In 2012, the firm pleaded guilty to a criminal fraud charge for using inside information from investment banks to profit on securities trades.

Hwang and Tiger Asia paid $44 million to settle a related civil lawsuit, and Hwang was banned from running public money. Hwang then turned Tiger Asia into his family office and renamed it Archegos ("Leader" in Greek and pronounced Ark-E-Gos), investing about $200 million of his own money in the firm. Hwang had no outside investors. Archegos focused on public stocks in the U.S., China, Japan, South Korea and Europe and took concentrated positions.

Archegos is estimated to have managed about $10 billion of its own money, but levered it to estimated $30 billion usingtotal return swaps. Swaps allowed Archegos to take larger than 10% positions while posting limited funds up front.

The use of swaps allowed Hwang to maintain his anonymity and not report its positions to the SEC. These total return swaps are derivative contracts with Wall Street investment banks that allow a user to take on exposure of the profits and losses of a portfolio of stocks or other assets without directly owning them in exchange for a fee.

Normally investors are technically limited to a maximum 50% margin position on their portfolios, but institutional investors have access to much more leverage. Archegos was trading on a leverage ratio of three to one. It is not clear how Archegos managed to lever its capital three times, and it seems possible that it may have pledged the same collateral to multiple banks.

In recent months, Archegos is thought to have played a part in the meteoric rally - and subsequent crash - in the shares of ViacomCBS Inc ( 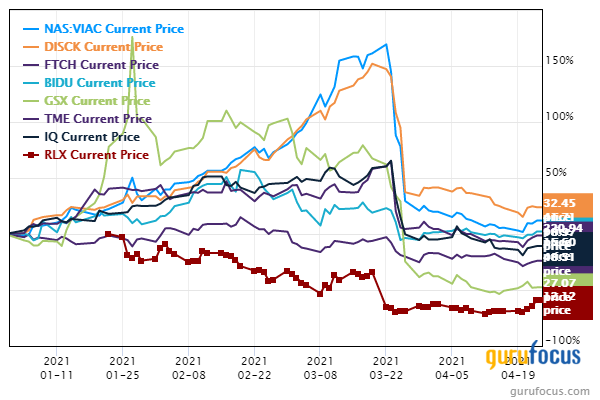 Warren Buffett (Trades, Portfolio) wrote about the risks of swaps in his 2003 letter to investors while commenting on the Long Term Capital Markets debacle in 1998:

"One of the derivatives instruments that LTCM used was total-return swaps, contracts that facilitate 100% leverage in various markets, including stocks. For example, Party A to a contract, usually a bank, puts up all of the money for the purchase of a stock while Party B, without putting up any capital, agrees that at a future date it will receive any gain or pay any loss that the bank realizes. Total-return swaps of this type make a joke of margin requirements. Beyond that, other types of derivatives severely curtail the ability of regulators to curb leverage and generally get their arms around the risk profiles of banks, insurers and other financial institutions. Similarly, even experienced investors and analysts encounter major problems in analyzing the financial condition of firms that are heavily involved with derivatives contracts. When Charlie and I finish reading the long footnotes detailing the derivatives activities of major banks, the only thing we understand is that we don't understand how much risk the institution is running. The derivatives genie is now well out of the bottle, and these instruments will almost certainly multiply in variety and number until some event makes their toxicity clear. Knowledge of how dangerous they are has already permeated the electricity and gas businesses, in which the eruption of major troubles caused the use of derivatives to diminish dramatically. Elsewhere, however, the derivatives business continues to expand unchecked. Central banks and governments have so far found no effective way to control, or even monitor, the risks posed by these contracts."

Hwang's strategy began backfiring when the stocks in which Archegos had big exposure to, including Baidu and Farfetch, began to sell off. Since these positions were highly leveraged, it encountered margin calls, meaning it would have to put up more money in order to keep the positions open.

On March 22, ViacomCBS announced a sale of its common stock, which put further stress on Archegos. News of the equity raise sparked a sharp slide in ViacomCBS's shares The fund by that time had started selling some of its position in ViacomCBS to try to offset losses, adding to pressure on the stock.

When the underlying swaps started to go against Archegos, the banks sold the shares they held as collateral. Reports say that Goldman Sachs, followed by Morgan Stanley, started the rush to the exit to limit their own losses. This selling reinforced the drop in the shares, which helps explain why the stocks that Archegos had invested in fell so sharply. Once the stock prices started to fall, Archegos's other investment banks started selling huge chunks of shares in the market to protect their exposure, starting a waterfall.

Nomura and Mitsubishi UFJ Financial Group Inc. of Japan have warned shareholders that significant losses could be in store. Deutsche Bank and Wells Fargo have said they has sold off their exposure with minimal loss. Goldman Sachs and Morgan Stanley were quick to dump large blocks of stock before other large banks that traded with Archegos Capital Management, as the scale of the hedge fund's losses became apparent.

In short, those who got to the exit first had the fewest losses. Credit Suisse appears to have been the biggest loser among the investment banks involved with a reported $4.7 billion in losses as it was caught flat-footed and slow to act. It has dismissed both its head of investment banking and its chief risk and compliance officer following the loss and reports suggest that it may have to get out of investment banking. This follows the sharp losses the bank took in the Greensill debacle.

As of the writing of this article, the unwinding is still happening at a slow pace. Some of the stocks affected, like ViacomCBS and Discovery, are beginning to look quite appealing again.