Why SPACs Are Losing Their Luster 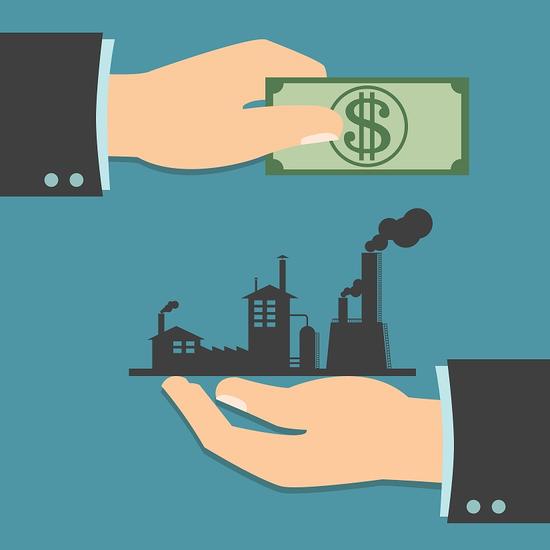 It has been a banner year for special-purpose acquisition companies (SPAC's), a popular funding vehicle that provides small startup companies a route to tap into the public offering market by acquiring them with the funds of a previously-established group of investors rather than going the traditional IPO route.

Year to date, SPAC's have raised approximately $100 billion. This record-breaking level is on top of the astonishing $83.4 billion raised last year. The amount raised in 2020 was more than the total amount raised in the 30-year history of blank-check companies before then.

It seems like everyone is now participating in the SPAC free-for-all frenzy. Celebrities, sports figures, even politicians like former Speaker of the House Paul Ryan joined in on Wall Street's lavish SPAC block party — no invitations required.

Despite the eye-popping amounts raised by SPAC's and their popularity on Wall Street, however, it appears that the good times may soon over, in my opinion. After an initial laissez-faire approach, the SEC now views SPAC's with a very jaundiced eye, and it may soon step in to protect investors from the dubious business practices of SPAC's.

Why the sudden popularity?

Also known as blank-check companies, SPAC's are formed for the sole purpose of finding a potential merger target that the SPAC corporate shell then takes public. The recent SPAC craze is due to the streamlined path it offered startups to secure funding without going through the burdensome and costly public offering route, which imposed stringent disclosure requirements, subject to review and approval by the SEC.

Wall Street jumped at the opportunity SPAC's provided to bring risky startups public. Far too many investors, enamored with the IPO craze and desperate for returns in a zero-interest rate environment, didn't look both ways before they crossed the road.

For investors, the fundamental risk of SPAC's is the minimal amount of disclosure related to future-oriented financial projections. Forward-looking revenue projections in traditional IPO's are generally frowned upon by the SEC, though some companies do provide them. Issuers seeking to go public are reticent to make optimistic revenue forecasts, because they are liable to investors for false and misleading statements in connection with the public offering.

Given the unorthodox structure of SPAC's and the reduced disclosure requirements that have burned far too many investors, eventual intervention by the SEC after a hands-off approach in the beginning was inevitable. Outlandish financial projections by companies with zero revenue and no existing products finally began to raise eyebrows.

One example of such a company is Ouster, Inc. (

OUST, Financial), which makes sensors for autonomous vehicles. The SEC challenged Ouster to explain how the company planned to go from a mere $12.5 million in revenue last year to a stratospheric $1.6 billion by 2025.

PCTTW, Financial), a plastics recycling company, to disclose to investors how it was possible to jump from $0 in revenue this year to $2.3 billion by 2027. None of these revenue projections — untethered to reality — would have ever made their way into a Registration Statement, which is required for a traditional IPO.

Given Wall Street's unprecedented speculative fervor as investors are desperate to manifest growth opportunities in an overvalued and low-yield market, SPAC's have been a favorite funding mechanism for companies either directly or indirectly involved in designing or producing flashy new technology such as electric vehicles (EV), which would have taken far longer to go public if they had to go the IPO route.

Some of the SPAC deals that took companies public before they were truly ready have gone awry, such as Nikola (

NKLA, Financial), which resulted in its founder stepping down due to alleged misrepresentations about the company's earnings.

Given a more proactive SEC, some companies like Canoo and Romeo Power, Inc. (

Indeed, John Coates, acting director at the SEC, has made it clear recently that the halcyon days of inadequate disclosure in connection with SPAC offerings are effectively over. His comments over the past two weeks concerning the need for heightened financial disclosure have effectively put the brakes on the high-speed pace of one of the hottest new asset classes of 2020.

Despite all the hype and publicity, SPAC's overall have performed poorly, and many investors have sustained losses, undoubtedly prompting enhanced scrutiny by the SEC. Several highly speculative stocks such as Fisker Inc. (

FSR, Financial) that went public via SPAC acquisitions have tumbled.

More stringent disclosure requirements are not the only cause for concern among existing and potential SPAC companies. Recent comments from the SEC concerning whether warrants should be properly accounted for as liabilities instead of equity have created additional consternation.

Since warrants are an integral part of how investors are compensated in SPAC's, potential accounting adjustments have dampened investor enthusiasm for blank-check offerings. Additionally, many existing SPAC's will likely have to restate or revise their financial statements.

I believe the recent statements by the SEC concerning inadequate disclosures in connection with the financial statements of untested and risky startup companies are going to substantially limit or slow what has been a flood, to a trickle.

The deceleration in offerings has already been swift. Data from SPAC Research showed that until last month, approximately five new SPAC deals were offered every trading day in 2021. In the past 14 days, only 12 SPAC's have started trading in the market. Going forward, my operative watchword for SPAC's is caveat emptor.

Disclosure: I have no position in any of the securities referenced in this article.