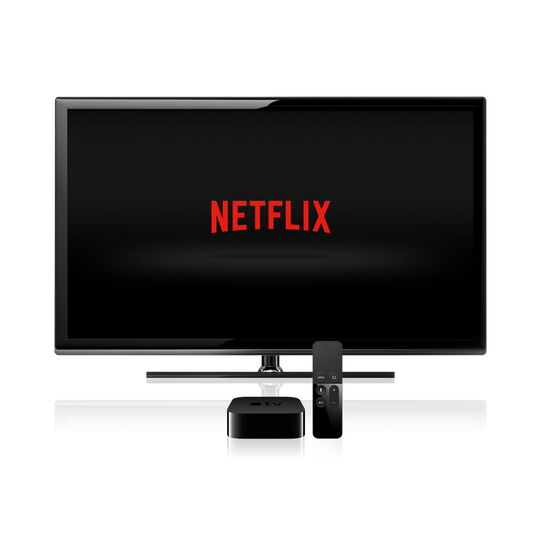 After the markets closed on April 20, Netflix Inc. (

NFLX, Financial) reported earnings results for its first quarter of fiscal 2021, which ended on March 31.

While both the top and bottom lines showed strong year-over-year growth and beat expectations, the company faltered on net paid subscriber additions. Even though investors have long been expecting this exact news after the pandemic-induced pull-forward of demand, shares still plummeted 10% in after-hours trading following the news.

Revenue for the quarter came in at $7.16 billion compared to $5.77 billion in the prior-year quarter. Meanwhile, diluted earnings per share were $3.75 versus $1.57 a year ago. Analysts had been expecting $7.14 billion in revenue and earnings of $2.98 per share.

The subscription-based streaming giant has become synonymous with the "stay-at-home" environment brought about by the pandemic, so investors have been aware for several quarters now that the pandemic-induced growth would someday begin to slow down. After all, the pandemic didn't create new customers so much as it pulled them forward, causing them to subscribe to the service earlier than they might have if it weren't for the virus. In other words, it accelerated Netflix's growth rate, putting it that much closer to market saturation.

Netflix commented the following in its letter to investors on Tuesday:

"We believe paid membership growth slowed due to the big Covid-19 pull forward in 2020 and a lighter content slate in the first half of this year, due to Covid-19 production delays We continue to anticipate a strong second half with the return of new seasons of some of our biggest hits and an exciting film lineup. In the short-term, there is some uncertainty from Covid-19; in the long-term, the rise of streaming to replace linear TV around the world is the clear trend in entertainment."

In the past, Netflix was by far the most notable leader in the U.S. streaming subscription space. However, it seems the company is beginning to reach its mature phase with a strong customer base, an ever-increasing number of competitors cropping up to take a slice of the pie and a focus on operating efficiency. The company says it's "very close to being sustainably" free cash flow positive after posting its second ever full year of positive free cash flow in 2020 (the first was in 2011).

The cost of revenues was $3.8 billion compared to $3.5 billion in the prior-year quarter. The company was still in the process of ramping up production to pre-pandemic levels, so content spend was notably lower, resulting in a 10 percentage points increase in the operating margin to 27%, an all-time high. Operating income more than doubled to $2 billion.

Average revenue per membership rose 6% year over year, or 5% excluding currency exchange impacts, reflecting higher subscription rates as well as higher user engagement per household. Member churn was also lower during the first quarter of 2021 compared to the prior-year quarter.

While the company does expect some headwinds from Covid-19 subscriber pull-forward and its lighter content slate, which it expects to continue into the second quarter, the company said that it remains confident in the long-term growth of streaming to eventually replace linear TV around the world.

Due to the combination of pull-forward, less content and seasonal headwinds, Netflix's internal prediction is that it will add approximately 1 million net subscribers in the second quarter, with the UCAN and LATAM regions expected to be flat. Membership additions are expected to ramp up again in the second half of 2021 as the company ramps up content production, including its "most comprehensive offering to date of local language titles" in non-English markets.

With a price-earnings ratio of 90.22, Netflix undoubtedly trades at a high multiple, which can be attributed to its rapid growth story. On the one hand, this valuation is lower than its 10-year historical median price-earnings ratio of 127.83. However, if Netflix's estimates hold true, then investors can likely expect another disappointment on the net subscriber additions front in the second quarter, which could serve to drive prices down further (as is often the case with stocks trading at high multiples).